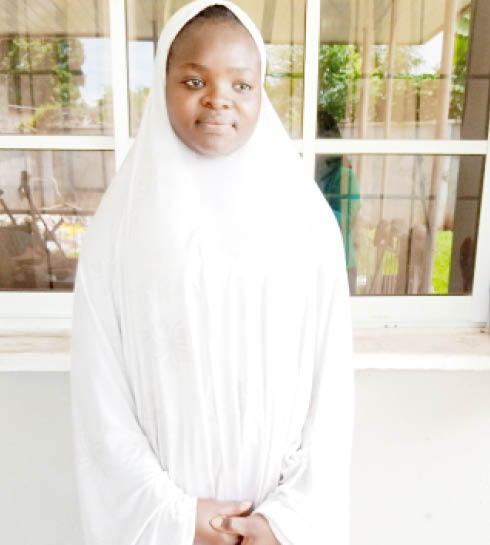 Girls getting pregnant and dropping out of school in their teen years has become so rampart in Angwan Jukun community of Wurukum in Makurdi metropolis of Benue State.

Though, teenage pregnancy has become a disturbing trend in many Nigerian societies, including Benue State where affected girls have dropped out of school to become mothers at a tender age, the increasing cases at the Angwan Jukun remains a source of worry.

For instance, it’s believed that a vicinity densely populated by low income earners inhabits one of the highest rate of teenage pregnancies, reported incidences of sexual assaults with other forms of child abuse in the state.

However, there isn’t any available study to support the claim except a known fact that in this Benue community, many children – female and male – have become bread winners of their families following their involvement in vices or immorality, which for the girls often resulted in unplanned pregnancies.

Jessica (not real name) is one among many of such girls who are victims of teenage pregnancies which brought their education to a halt.

She told our correspondent in Makurdi that the experience was quite difficult and painful, especially as her partner was scouting for a job when the pregnancy occurred.

“I was going to SS1, it wasn’t our intention for me to get pregnant at the time because we already agreed to get married in the future. But, when it happened, I was confused and my dream was shattered and I was ashamed to face the world, seeing that many younger ones had looked up to me as a role model.

“The hard part was that, I was a good believer in God before the pregnancy and lots of people had faith in me, believing that I would end well. It was a disappointment to humanity and God. I wanted to further my education but the pregnancy brought it to a halt,” she narrated.

Jessica further explained that her boyfriend, even though a graduate had no meaningful job when she got pregnant, so it was difficult for him to provide for their needs after her parents chased her away from home to live with him.

She added, “it was a tough time for both of us because I had to face hunger, stress and rejection. This early exposure to sex isn’t worth the trouble. It’s a dream destroyer. Some people have died in the process of flushing unwanted pregnancies. It’s also not easy for the boys who got girls pregnant. The pleasure may have lasted for just 20 minutes, but it causes a lifetime harm.”

Jessica was, however, lucky to have been properly married now to the same man and looking forward to the future to set up an organisation to sensitise young ones against making her type of mistake.

But, there are many other girls like Abidemi – a drop out from JSS3 – in the Angwan Jukun suburb who are still torn apart since they became child-mothers.

For Abidemi, the experience that comes with teenage pregnancy is indeed hard not just from the stress of the nine months encounter but the challenges of forfeiting education to cater for a baby without physical or emotional maturity to withstand the odds.

“When I got pregnant, I was sent away from home, so I stayed in an uncompleted building and I also stopped schooling. That was just the beginning; then there was no food for me to eat, so I had to struggle to buy food. I had to also struggle to earn a living.

“Right now, I’m no longer in school. I was in JSS3 when I got pregnant. The boy responsible left me to cater for myself, though he accepted the pregnancy. I have put to bed but nothing about my suffering has changed. I’m responsible for everything about the child and myself and can’t even go back to school.

“My child’s father is a wood seller but has abandoned me. For now, I hawk items to fend for me and my child. I don’t pray for any girl to be like me because the boys will deceive you with sweet talks and in the end deny you; leaving you to your fate. My parents have accepted me back to the house but my father is still bitter over the incident, only my mother has forgiven me,” she told our correspondent in an emotional laden tone.

Buttrresing how the cases of teenage pregnancies was causing more harm to the education of girls in the vicinity, a 16-year-old, Abdullahi Salamatu, has expressed comfidence in taking the bull by the horn to champion change in the environment.

Salamatu recounted how her friend also a 16- year-old, and in SS1, got hooked to a boyfriend, had abortions and in the end dropped out of school after the third pregnancy could not be aborted.

“I told her she does not need a boyfriend now but she should try and focus on her studies, but she told me I don’t know what she gains from that relationship and before I knew it she got pregnant and went for an abortion. She got pregnant the second time and lost the pregnancy due to the beating she received from her father, when she got pregnant the third time, her parents had to send her to stay with the boy that got her pregnant and now she is a drop out. This is the trend in Angwan Jukun of girls getting pregnant and dropping out of school,” Salamatu recounted.

The 16-year- old said most times, their school teachers shy away from teaching them about sex education, but that from the recent training she had received from concerned organisation about sex and Sexuality Education, it was now time to talk to her peers about it.

In the same vein, Safiat Sarduna, 33, who said she is sick about the menace of teenage pregnancy in her environment admitted that it was time for her to champion a  behavioural change

Sarduna said, “the change I intend to effect will begin from me.

Teenage pregnancy in my vicinity is on the increase. It’s very rare that you get a family here and don’t find cases of teenage pregnancies.

“There are two neigbours of mine whose teenage daughters aged between 16 and 18 are pregnant; the parents of one them got angry and withdrew her from school on account that they invested so much in her but she disappointed them so she is left at home to earn a living by herself while the second one moved the child away from the house and asked her to look for the man who got her pregnant and stay with him.”

Also, Grace Echelon, 21, a resident of Angwan Jukun, testified to the worrisome trend just as she vowed to become part of those who will lead change in the environment.

“So many things had happened in our community (Angwan Jukun). Early childbearing between the age of 12 and 14 is rampart.  I have been around so many things happening and even when I try to advise them, they won’t listen.” Echelon said.

Worried by the development, the Traditional ruler of Angwan-Jukun Community, Chief Tanko Omale, in a recent engagement with AIDS Healthcare Foundation (AHF) Nigeria, emphasised the need for collaboration with government and non governmental organisation to restore moral sanity in his domain.

Omale urged the AHF committee set up to train champions who will affect his subjects positively to carry out the assignment given to them diligently as he promised to work with them anytime they need him.

The royal father worried that the Jukun community had experienced many difficulties when it comes to talking to the younger generation, as the atrocities committed are very alarming such that he personally goes out in the night to see what happens in the neighbourhood and at times what he sees are quite disturbing.

“In this community, some children are bread winners. I thank God today for this intitative which has come to this community and I want you to fast track what you need to do to help our community,” the monarch added.

To this end, Catherine Sunday, 27, also resident in Angwan Jukun has expressed desire to help bring the needed change among youths in her community.

Catherine said, “I’m now ready to train other people in my community about sex education. The level of sexual abuse, abortion and unplanned pregnancy is the major prevalence in my community and from what I have learned I can relate and educate people on how to handle those issues.”

Meanwhile, AHF in collaboration with Education as a Vaccine (EVA) are currently training selected youths – girls and boys – from the Angwan Jukun community in partnership with the Benue State Ministry of Justice, Benue State Agency for AIDS control (BENSACA), Human Rights Commission and Lawyer Alerts to bring about positive changes.

AHF-Nigeria Advocacy/Marketing Manager, Steve Aborisade, said the Committee spearheading the change would boost knowledge about sex among the young people as he decried the dearth of sexuality education in schools, homes and communities.

On the part of government, the Chairman of Benue State Universal Basic Education Board (SUBEB), Comrade Joseph Utse, lamented that the development was one of the worrisome issues happening nationwide.

Utse explained, “what the Board has done is to give education to the parents – both male and female – on the danger of all such things. The board has even set up an educational committee to educate the parents and children who are now in school that they shouldn’t be tempted to do otherwise and be dropped out in their schools.

“We have actually witnessed some changes with the steps we have taken so far in the communities. It’s a very painful issue, so we try to prevent it. For those of them who are willing to return to school, the governor sometimes even pay their school fees and care for their babies. We have been giving assistance too, so that the mothers can go back to school.”