How Taraba farmers defied bandits to return to farms

Farmers in Gassol and Bali local government areas have been pushed to the wall. Having been terrorised by bandits in recent times, losing several residents… 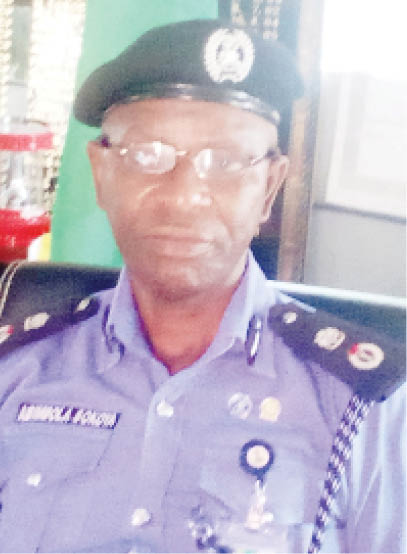 Farmers in Gassol and Bali local government areas have been pushed to the wall. Having been terrorised by bandits in recent times, losing several residents in various attacks, the residents chose to stare death in the face by returning to farms. This report shows the farmers face the dilemma of either being killed, kidnapped or staying hungry.

Over 30 farming communities sacked by bandits in the past two months are back to their villages and are going to their farms which the bandits hitherto prevented them from going to.

Buhari: Africa at far end of global development index because of corruption

‘Why Nigeria, others must reduce military expenditure’

The bandits, in their number, invaded farming communities in parts of Gassol and Bali local government areas.

The bandits attacked and killed several members of the communities and kidnapped many, especially large-scale farmers and wealthy individuals.

The bandits also carted away food stuff and animals worth millions of naira, a situation that forced residents, who are mainly farmers, to relocate to Bali, Jalingo, Mutumbiyu and Tella towns alongside their families.

Farming activities was halted and most of the villages were deserted, while the bandits took over and moved freely with their arms.

Worried over killings, kidnappings and harassment by the bandits, the communities and key stakeholders took a decision to address the ugly trend.

Daily Trust on Sunday gathered that the affected communities invited vigilante and hunters to fight the bandits while in some communities the youths took up arms against the bandits to defend their villages.

Within few weeks, the combined efforts of vigilante, hunters and youths liberated the affected communities.

Findings revealed that the bandits crossed into the area from Plateau, Bauchi, Zamfara and Katsina states.

Initially, the bandits operated in Karim Lamido Local Government Area during which they sacked many villages and killed many people, including seven soldiers and four policemen.

Daily Trust on Sunday finding revealed that the bandits were dislodged from Karim Lamido area during an operation by the Nigerian Air Force and ground soldiers.

During the army operation at the bases of the bandits around Kambari, Illela, Jeb-Jeb, Zip and Amar, among other locations, the bandits crossed the River Benue into parts of Gassol and Bali local government areas located on the southern part of the river.

In their operations, the bandits, who mixed with foreigners, used motorcycles which enabled them to move freely in areas that lack access roads. Although alarm was raised when the bandits were crossing over, but no action was taken. They moved into Gassol and Bali at the beginning of the farming season, Daily Trust on Sunday gathered.

A resident of Baba Joli, Yakubu Adamu, told Daily Trust on Sunday that on one Tella town market day, they saw a group of people praying by the roadside, leading to their village. Unknown to them, they were bandits coming to attack their village.

Yakubu stated that in less than an hour, their village came under attack and they identified some of the attackers as the people they saw praying along the road leading to the village.

At Jauro Manu, another resident Saidu narrated how an attack by kidnappers at the house of a large-scale farmer disrupted the peace of the village.

He said the kidnappers fired several shots at the house of the farmer when they failed to gain entrance.

Saidu stated further that the sound of gun shots propelled the villagers to come out, and they went after the attackers during which they killed one of them who was later identified as a herdsman residing with his parents not too far from the village.

He alleged that it was the friends of the murdered kidnapper that invited the group of bandits to their community.

Saidu said the bandits sacked the village but the residents came back after the vigilante and hunters flushed out the bandits from a forest near the village.

The story was the same in almost all the farming communities in Gassol and Mutumbiyu chiefdoms and parts of Bali local government area.

Ibrahim Benbel, from Gassol, told Daily Trust on Sunday that he was abducted twice and paid ransom of over N1m twice to the kidnappers.

According to him, the two highways, Mutumbiyu-Bali and Mutumbiyu-Wukari, became very dangerous because of activities of kidnappers.

He said the bandits, using informants, terrorised almost every part of the farming communities.

“It was the condition we found ourselves that made us invite the vigilante and hunters and also encouraged our youths to fight the bandits,” he said.

Finding revealed that all the farming communities hitherto controlled by the bandits have been liberated and residents are back to their homes, while farming activities have resumed.

The vigilante and hunters also killed several informants in many villages who supplied information to the bandits.

More informants are still being arrested by the vigilante across villages in Bali and Gassol local government areas.

However, spokesperson of the Taraba Police Command DSP Usman Abdullahi told Daily Trust on Sunday that the command was not aware of the killing of bandits by vigilante in any part of the state.