How sustainable is Nigeria’s public debt?

Recently, many Nigerians were alarmed when news circulated that Nigeria’s public debt burden might hit N77 trillion  if a request to restructure the Ways and… 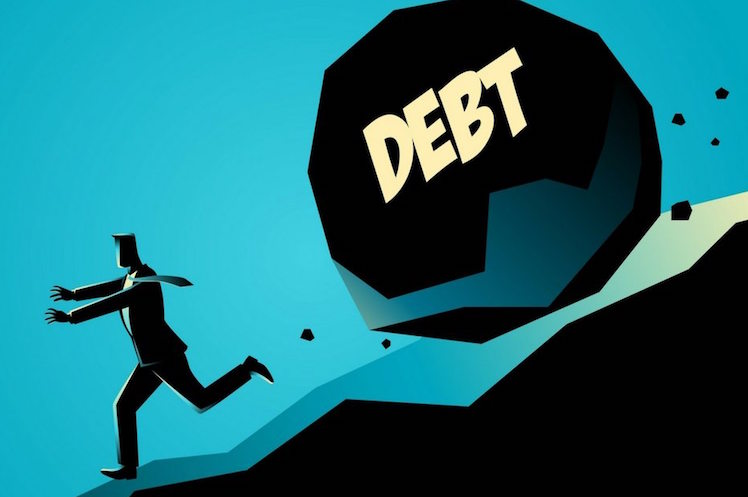 Recently, many Nigerians were alarmed when news circulated that Nigeria’s public debt burden might hit N77 trillion  if a request to restructure the Ways and Means Advances (WMAs) was approved by the National Assembly.

The Director-General of the Debt Management Office (DMO), Patience Oniha, gave the hint at the public presentation of the 2023 budget.

“There are a lot of discussions on the Ways and Means; in addition to the significant cost saving in loan service we would get by securitising it.

“There is an element of transparency in the sense that it is now reflected in the public debt stock.

“Once it is passed by the National Assembly, it means we will be seeing that figure included in the public debt. You will see a significant increase in public debt to N77 trillion,” she said.

Ways and Means Advances (WMA) are temporary loan facilities issued by an apex bank to the central and state governments to finance shortfalls in the government’s budget.

On Jan. 3, President Buhari appealed to the Senate to reconsider his request to restructure the N22.7 trillion WMAs, some days after an initial request was rejected.

Sensing the mixed reactions the DG, DMO’s comment generated, the office released a statement to clarify her position.

The statement explained that the N77 trillion figure was arrived at by using the actual public debt stock of N44trillion as of Sept. 30, 2022, and taking into account “a number of ongoing activities”.

The DMO further stated that the debt that would be added to the public debt data in 2023 included the N1trillion WMA to finance the supplementary budget already approved by the National Assembly.

However, the technicality of Nigeria’s public debt profile and the technical terms used to describe it do not matter much to the uninitiated; the person on the street who only worries about its sustainability.

According to the Minister of Finance, Zainab Ahmed, the federal government spent N5.24trillion on debt service alone between January and November 2022, out of its N12.87trillion total spending for the same period.

This is worrisome under any circumstance.

Adding to the heightened anxiety about Nigeria’s public debt is the World Bank’s projection that interest payments on the federal government’s borrowing from the Central Bank of Nigeria would gulp over 62 per cent of revenue by 2027.

Should citizens be worried by this data?

Stephen Onyeiwu, Professor of Economics at Allegheny College, USA, recently wrote that debt risk is about how much a country has borrowed and its ability to service its debt.

“Economists use two indicators to determine a country’s debt sustainability. The first is gross debt as a percentage of a country’s economy as measured by the gross domestic product (GDP).

“This is commonly referred to as the debt-to-GDP ratio.

“Another indicator of debt sustainability is the debt service ratio, which is the proportion of export earnings that is used to service debt, including principal and interest payments,” he said.

In September 2022, the DMO put Nigeria’s debt-to-GDP ratio at 23 per cent. By the end of the year, experts argued that the ratio was around 35.2 per cent.

Also, the IMF has projected that Nigeria’s total debt-to-GDP ratio of public debt would rise steadily to 44.2 per cent by 2027.

If that happens, Nigeria would have exceeded its set debt-to-GDP ratio threshold of 40 per cent.

However, more alarming is Nigeria’s debt service ratio, which analysts, including those at Afrinvest, estimated at between 83 per cent and 90 per cent in 2022.

According to  Onyeiwu, a healthy debt service ratio is below 15 per cent.

While it has become clear that revenues from petroleum alone cannot sustain growth and development in Nigeria, experts worry about the terms of servicing public debts and the purpose of borrowing in the first place.

However, the federal government often insists that it is borrowing mainly to finance critical infrastructure projects.

Indeed, borrowing is one of three major ways through which countries finance a variety of big projects, the others being through capital reserves and pay-as-you-go.

Careful and strategic borrowing allows the government to continue to renew infrastructure on a regular basis and add to it when necessary to accommodate growth while maintaining good fiscal health.

The DMO insists that it continues to demonstrate good negotiation skills in dealing with the country’s debt matters with both internal and external creditors.

But analysts warn that Nigeria has to shore up its revenue base by curbing systemic corruption in the petroleum sector and expanding its non-oil revenue sources to reduce heavy reliance on borrowing. (NANFeatures)