How Surajo ‘Jambul’ took Kano Pillars from ‘top to bottom’ 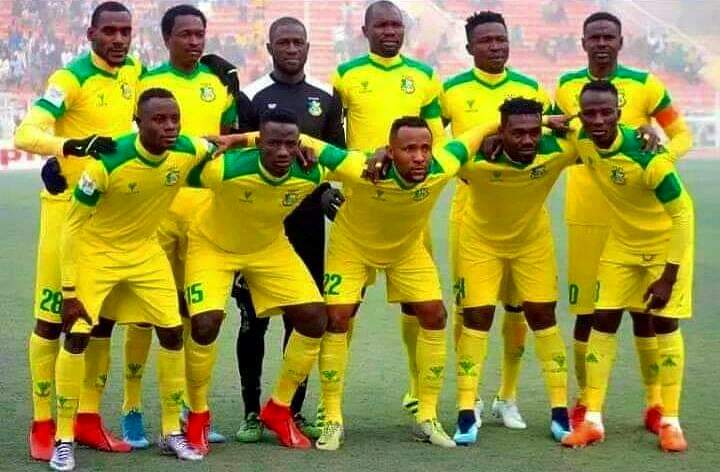 In 2019, the Governor of Kano State, Dr Abdullahi Umar Ganduje, lifted Surajo Shaaibu Yahaya popularly called ‘Jambul’ from grass to grace when he appointed him the chairman of the famous Kano Pillars football club.

Expectedly, Jambul’s appointment elicited criticisms as many football stakeholders in Kano State and beyond wondered why an astute and well-experienced football administrator like Alhaji Tukur Babangida was replaced with someone who was not known in football circles beyond his local community.

Personally, I was not surprised because state governors have formed the bad habit of appointing their cronies who know next to nothing about football to preside over state-owned professional clubs. They are usually used as conduit pipes to drain public funds.

For instance, in Benue State where I come from, until now, Lobi Stars was under the direct control of the governor’s wife because she decided who was to serve as vice-chairman of the club. It is an open secret that she appointed the immediate past Chief Executive Officer (CEO) who is his close relative.

Therefore, in as much as the young man demonstrated lack of capacity to lead the club, he was untouchable until the deplorable situation in Lobi Stars got out of hand. When the club was placed 19th on the table with 19 points from 19 matches in the ongoing season, the Governor had no choice but to bow to pressure by recalling the present vice-chairman, Dominic Iorfa, who stepped in to turn around the fortunes of the club. Lobi Stars are presently 13th on the table with high chances of surviving the drop.

Just like many other club chairmen in the NPFL, Jambul’s appointment was not on merit. He himself told me in an interview that he was only compensated for his enormous support to Ganduje during his gubernatorial campaigns. Yahaya said he thought the governor would make him a commissioner but he was instead appointed the chairman of Kano Pillars.

In the same interview, he said “My slogan is taking Pillars to the next level. And I told everyone in the team that I am a disciplinarian. I like discipline. In my second week as chairman of the club, I inaugurated a committee that will investigate the behaviour of the fans of the club. And the man heading the committee is Professor Musa Garba, a knowledgeable man who is a specialist in the field. He is the chairman and they are working to find out the remote causes of the unruly behaviour of the fans in the moment of losses and even victories. And I also told them that the Pillars of my generation will be the team that will stand tall among football clubs in Africa, not just Nigeria.”

Unfortunately, in less than three years as chairman of Kano Pillars, Jambul has succeeded in taking the once illustrious club from the top of Nigerian football to the bottom. He couldn’t match his words with actions as the ‘Masu Gida boys’ performances continued to nose-dive until he was relieved of his appointment on Wednesday, June 29.

He took over the reins in the year that Pillars were the champions of the Nigeria Football Federation Cup (Aiteo Cup) and runners up in the domestic league. Sadly, in the same year, he led the club to exit the CAF Champions League in the preliminary stage after Pillars were bundled out by Asante Kotoko of Ghana on 5-2 aggregate.

In the following year, Pillars recorded another preliminary round exit in the CAF Confederation Cup in the hands of lowly rated Jaraaf of Senegal who knocked them out 3-1on aggregate. Apart from continental failures, Pillars fortunes continued to dwindle in the NPFL under the watch of Jambul.

The more Kano State government pumped money into Pillars, the more the once formidable pillars continued to wobble as they also became nomads with no fixed address. In the present season, Pillars have played their home matches in at least four adopted venues.

They started at the Ahmadu Bello stadium in Kaduna from where they were banished to Muhammadu Dikko stadium Katsina. After some matches, they made a brief return to Kano but were again banished to Abuja after the violent attack on Katsina United. Pillars prosecuted a few matches at the MKO Abiola national stadium before the provisional approval for them to return to their fortress, the Sani Abacha Stadium Kano.

While they wandered about in search of points, Pillars’ turbulent season suffered several setbacks as they were at a stage second to the last on the table. It was, therefore, not a surprise that even incurable optimists among their fans began to wonder how they would survive relegation.

Meanwhile, pressure continued to mount on Jambul whom many Kano fans blamed for the woes of the club. They accused him of high-handedness, corruption and lack of capacity to lead the big club. In fact, some said he deliberately took Pillars out of Kano just to prevent the ever inquisitive and enthusiastic fans from knowing what was happening to the club.

Without doubt, it was this increasing pressure that forced the former chairman into taking the laws into his hands when Pillars were about to drop precious points at home in their rescheduled week 31 match with equally troubled Dakkada FC. It would be recalled that Pillars were leading by 1-0 but in the second minute of second half added minutes, the visitors equalised.

Jambul, who couldn’t believe his eyes, stormed into the pitch and physically assaulted an assistant referee. His violent behaviour compelled the match officials to cancel the goal for the match to end 1-0 in favour of Pillars. He won the three points for his club but lost all that was left of his little reputation as a football administrator.

Apart from fines imposed on Pillars, the former chairman immediately became an outcast. He was expelled from the League by LMC and also excommunicated by the association of club owners. The LMC also ordered for his arrest and prosecution.

Sadly, things have moved from bad to worse for the ‘emergency football administrator’ who has been sacked as chairman of Kano Pillars. He has since been replaced with the founder of the club, Pa Ibrahim Galadima whose immediate assignment is to steady the fumbling pillars.

It must be reiterated that Jambul became the chairman of Kano Pillars when they were Aiteo Cup champions and runners-up in the NPFL but his mediocrity has taken the once dreaded side from the top to an unfamiliar 14th position where they are presently fighting to escape from relegation.