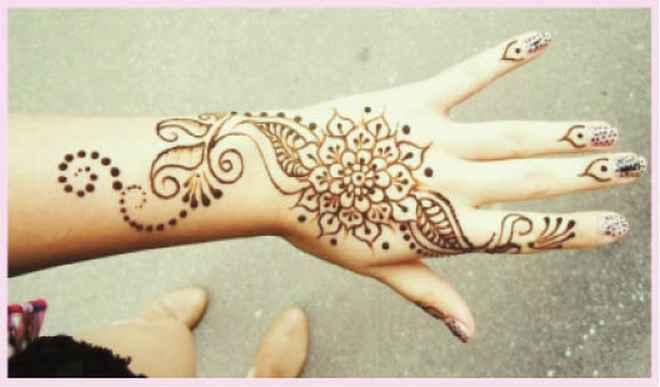 The farming of henna (lalle in Hausa) is thriving in Sokoto State with a lot of potentials which young girls are unlocking in the produce as an economic empowerment option.

It is commercially cultivated in some areas of Sokoto notably Gandi in Rabah, Dundaye in Wamakko, Milgoma in Bodinga, Yabo, Wurno and Kware.

Gandi’s henna is noted as the most popular in the market and therefore the most sought after among women who use it for personal or commercial purposes.

Henna has stood the test of time as it remains a popular ingredient woman use for body beautification, especially in Northern Nigeria.

Many cannot do without it because of the satisfaction they derive from its usage as a cosmetic item.

Henna’s industrial value and export potential is reflected in the numerous products made from it that flood the markets from Asian countries.

Large-scale henna farmers in Gandi produce 500 to 1000 sacks daily during harvest, according to the farmers.

Some of the henna farmers in Gandi transport the produce to major markets across the state including Illela border market, and others even outside the country to Niger Republic where they make good profit.

Agents for major marketers from Asian countries such as India and China go into the towns to buy henna in large quantities which are taken to foreign countries for industrial uses.

Perhaps a striking aspect of henna production, especially in Gandi area of the state is the participation of young girls.

The contribution of these girls in the henna value chain is significant. Their share of labour in henna production is in post-harvest processing where they concentrate in the threshing aspect.

After dealers buy the harvested henna from farmers, the girls are employed to do the threshing.

A dealer, Malam Ali said: “We buy an entire farm of henna from the farmers, cut the henna plants, dry them and thresh them ready for the market.”

The girls who thresh them are paid with remnants of henna and not money. They in turn sell what they are able to get there from as payment for their labour. Usually, they  realise N300 to N1000. Many of the girls engage in this work to raise money to buy household items in preparation for marriage.

It was a busy sight by Gandi roadsides with these enterprising young girls carrying out their share of the labour in henna production. The threshing activities by the girls typically involve separating the leaves from the branches by beating them with sticks.

These economically active girls, who spend about 12 hours in the process, nonetheless engage in the exercise with robustness. “I make N600 on the average in a day.  Even now I may sell three mudu (measures), each mudu goes for N200,” one of the girls, Tsamiya, revealed.

“’We work from the early hours  of the day to around 7pm, about  12 hours and sometimes more than that,” she also said.

The 14-year-old has been saving money to buy some household items and matrimonial home wares.

A henna farmer in Gandi town, Muhammadu Saminu, 70, said the soil in the area differs from others across the state hence their success story in henna production.

According to the farmer, the plant is available in farm all over Gandi, adding that some farmers also use the plant to demarcate their farm lands.

Saminu, who has been in henna farming since childhood, noted that the plant has large roots which go deep into the soil thereby giving it long life span

It is also available all year round but could be scarce during the dry season, he added.

At a henna depot in Sokoto central market, one of the major dealers, Murtala Tukur, 38, said “As large scale merchants, we have customers that we supply the commodity to in Algeria via Niger Republic. We also supply henna to customers in Burkina Faso at least three times in a week.

“We get supply on Saturdays, Thursdays and Mondays.  Within the three days, not less than 1,500 sacks arrive the depot and we can sell 500-1000 sacks to major customers on daily basis.’’

On challenges, Tukur said, henna does not stay good during the rainy season as it changes colour (from greenish to reddish) thereby losing its appeal to customer, and thus the price has to drop. “When waiting for customers, the ones we stock tend to change colour and we lose a lot due to that problem.”

He stressed that they need processing companies like those in Algeria which produce a beautification formula from henna.

Henna, according to the merchant, is also a good component for paint and textile production and making of some household materials as obtained in some countries.

Murtala decried lack of henna processing plant which will have enabled both the farmers and merchants to benefit more from its businesses.

He therefore called on government to invite investors to Sokoto State so that henna can become a revenue source to the government and a way of diversifying its economic base.