An Automated Teller Machine (ATM) fraud is gradually becoming an issue of serious concern in mega cities across the country. The crime has become a… 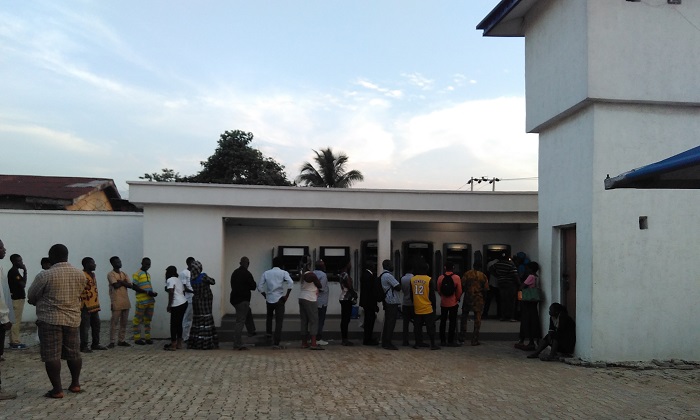 An Automated Teller Machine (ATM) fraud is gradually becoming an issue of serious concern in mega cities across the country. The crime has become a past time among the young generation of urban dwellers in Kano state.

The operators of this illegal business have no doubt deprived many people of their hard-earned resources as the youth leverage on the imbalance of technological adaptation to extort the unsuspecting users of ATM, who are naïve about the technology.

It is a common phenomenon among the banking public to receive strange calls or unsolicited text messages purportedly from their bankers requesting for the details of their ATM cards claiming that the cards are being deactivated.

After many naïve bank customers have lost their money through this scam, the banks started sensitizing their customers to beware of strange calls and unsolicited text messages about their bank details.

With the sensitization, many customers become enlightened and started ignoring the dubious requests from the fraudsters thus forcing the criminals to device another scheme to continue their nefarious practices.

In Kano, until recently when the state police command paraded a syndicate of ATM fraudsters, no one ever expected that most of the young men thronging the ATM points in the evening hours are there on a negative mission.

One of the suspects, Umar Ya’u a.k.a Gora, a resident of Tudun Maliki, Zoo Road of Kano metropolis, in his confessional statement said he had bought a car out of the proceeds of the crime.

Gora also said he had trained many young men in the art of extorting money from unsuspecting ATM users with whom he operates.

He disclosed that the highest amount he got at once from the illicit business since he started was N380, 000. He said he realises between N20, 000 to N40, 000 daily before he was eventually caught.

Speaking their mode of operation, Gora said in the evening a group of not less than four members of the syndicate would be stationed at a particular cash machine to pose innocently and observe the customers as they carry out their transactions on the cash machines.

“If there is any customer who has issues with using the cash machine we will come forth in the pretext of assisting him or her, in the process, after having access to the card’s pin number we would exchange the card. Already we have our own cards and once the person goes away we will take the card to another machine and clear his account.

He revealed that any customer who seems to be too curious about their action would be distracted either by unnecessary question from other members of the group from behind.

“We normally divide ourselves, either one person would step forward to assist and the other person stands behind and that person will intervene in a way that the transaction will fail and in the process the two standing behind will begin to ask the card owner some questions about the card and once his attention is diverted the person purportedly rendering assistance will swap the card with a wrong one” Gora added.

Adamu Iliyu also from Tudun Maliki who was also among the suspects said he had made over a N100,000 in the two operations he had participated before he met his waterloo in the operation in which they were about to withdraw N530, 000.

Parading the suspects, the spokesman of the Kano state police command, SP Magaji Musa Majia advised the ATM users to beware of the scammers posing at ATM points as innocent citizens willing to assist the bank customers in carrying out their transaction.

He urged the ATM users to always protect their ATM personal identification numbers, saying the only persons to assist in event of any difficulty at an ATM poin, are the bank officials.

Gora and Iliyu are residents of Tudun Maliki, while their accomplice, Mohammed Hassan, resides in Kofar Nassarawa of Kano metropolis.