A welder based in Anambra State, Eze Ebuka, has narrated the chilling account of how he was forced to admit being a member of a… 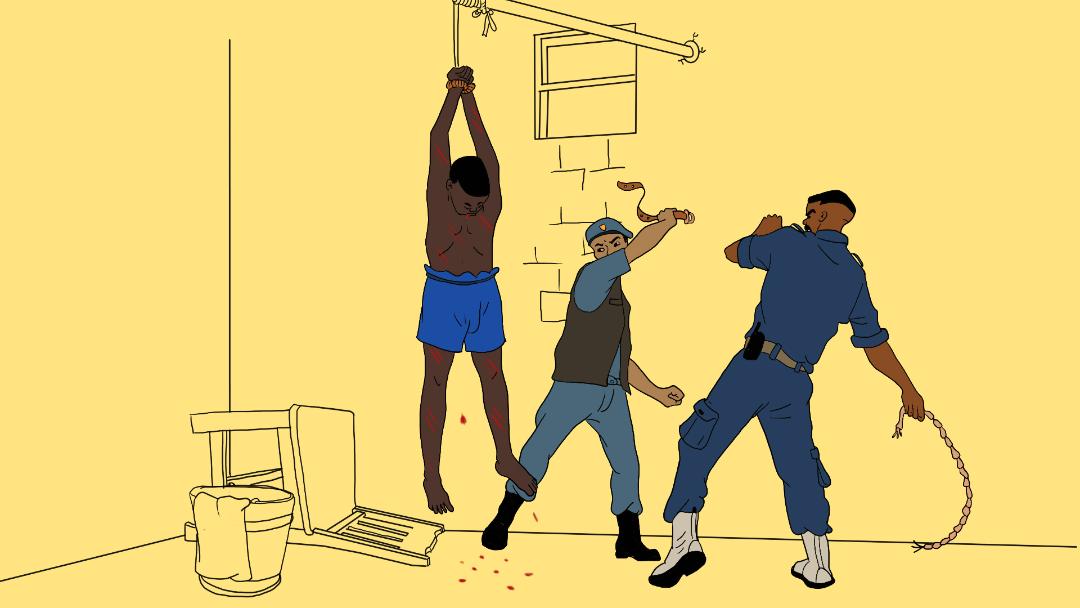 A welder based in Anambra State, Eze Ebuka, has narrated the chilling account of how he was forced to admit being a member of a secret cult by the now disbanded Special Anti-Robbery Squad (SARS).

Created in 1992, SARS was a special police unit saddled with the responsibility of  handling crimes associated with robbery, motor vehicle theft, kidnapping, cattle rustling, and firearms.

After several complaints about its links to many extrajudicial killings, forced disappearances, extortion, torture, framing, blackmail, kidnapping, home invasions and others, many Nigerians took to the streets in October 2020 to demand for the disbandment of the unit. After weeks of protest, the unit was eventually disbanded by the former Inspector-General of Police, Mohammed Adamu.

While narrating his ordeal, Ebuka said he was arrested in his home town of Ekwulobia adding that the officers jumped over the fence to gain entry into his compound.

“I’m Eze Ebuka, a welder, and the first in a family of three.

“Around 1 am on Saturday, May 23, 2020, my sleep was disturbed by loud knocking on the door of the main entrance of my home in Ekwulobia, a town in Anambra state.

“Five officers of the now-defunct Special Anti-Robbery Squad (SARS) of the Nigeria police had come in over the fence, with guns and machetes, screaming my name.

“My mother opened our door, asking why they were calling me at that hour. They said they had a message for me. My mother asked why they did not wait till daybreak. They did not answer, and instead forced their way past my mother, and into our house. They barged into my room – meeting me in my shorts. The officers asked me to throw on some clothes, then scattered my room, looking for something.

“I did not know what they were looking for but it was clear they didn’t find it. They then handcuffed me, told my mother they had come from the Central Police Station (CPS) in Nnewi, 25 kilometers west of Ekwulobia. The officers said my mother would have to go to CPS if she wanted to know why I was being arrested.

“On the way to the station, the officers asked me to provide names of five cult members if I wanted to be released. I told them I wasn’t a cultist and did not know any cult members. But they accused me of lying and said they would make me confess at the station.

“We got to the station at 3 a.m. and I was taken into custody with five other boys they had arrested that morning. I was told I would be the first suspect to be tortured in order for me to confess my cult membership.

“I was led somewhere within the station where I was asked to sit on the ground. They asked again if I was a cultist, and I continued to defend myself. I told them that I had a legitimate job that occupied me from the early hours of the day into late night. I told them I had nothing to do with cultists, and I knew of no other family member associated with cultism.

“They didn’t believe me. They started to torture me. They bound my legs and hands behind my back, with my head facing the ground. Two of the officers then put rods between my hands and legs, which they used to lift me so I’d be suspended in the air.

“Let me tell you, it was a nightmare.

“The rod started to injure my hands and legs, so I started crying. It was unbearable, and I remember shouting for help. Some officers came in, and I told them, out of desperation, that I was a cult member. I had no choice. I just wanted the torture to end.

“Do you belong to Aromate (a notorious cult group that usually causes trouble around the Ekwulobia town)?” they asked.

“Yes,” I responded. I was at my breaking point.

“When did you join the cult?” they asked.

“How many members were there when you got initiated?”

“Five,” I lied in response.

They then told me that I had my finger punctured for a blood covenant as part of my initiation process. This was not a question – they were establishing it and asking me to accept it as truth. They were telling me what to say to suit their agenda.

After they were satisfied that I was not resisting, they brought me down. They tortured the other five boys, most of whom were quick to admit to being cult members to escape being tortured.

We were then asked to write statements, which was further torture for me as my hands and fingers had become numb.

Inside the cell, we were beaten by the other inmates. At night, I could not sleep, not only because I was in pain, but also because there was no space for me to even lay my head.

The cell conditions were terrible. Inmates urinated and emptied their bowels at the same place they slept. The officers did not care whether we ate or not – I only drank water, as they didn’t allow my people to bring me food.

All the officers cared about was when our relatives would come to bail us, or if we wanted to make calls to our relatives at a fee they would charge us.

Most people I met in the cell seemed to have stories that suggested they had been wrongly arrested. Some of them told me they had been arrested in place of their sons, whom SARS officers had come in search of and hadn’t found.

I later learned that three of my uncles drove for one hour to the station on the evening of the day of my arrest, but the SARS officers had told them that the officer in charge (OC) was not around. My uncles had to leave and come back again, only to be told the same story. The officers said the OC was yet to return and that it was not possible to obtain bail on a Sunday. My uncles tried again on Monday, then Tuesday, all without success.

One of my uncles got annoyed and threatened to sue unless the officers provided evidence of my cult membership, to which the officers responded by revealing that their OC had miraculously returned.

They asked my family to pay 200,000 naira before they would let me go. My family raised half the money, but the officers claimed it was not enough, especially as it was a cult case.

After three days of detention, the officers accepted the 100,000 naira and let me go.

Back to a difficult life

My mother cried when I returned home.

Before my arrest, I had been saving up to buy my own tools to help me grow out of my apprenticeship, but my savings were pumped into negotiating my freedom.

Following my injuries from the torture, I was stuck at home for three weeks, unable to work.

In my neighbourhood, people really believed that I was a cultist, after hearing that I had confessed to being one. They said I was a sheep in wolf’s clothing, a cult member pretending to be a ‘holy boy’.

To clear my name, I had to go to the local government office to get a court affidavit rejecting cultism. But not even this could change what people thought of me.

I will never forget what I went through. I doubt if I am over it. SARS wounded my body and destroyed my reputation.

It was not a funny experience.

This story is part of a multimedia project by Tiger Eye Foundation and media partners across Nigeria, documenting police brutality in Nigeria, and advocating for police reform.