Many traders at Okobaba Sawmill, Lagos Mainland are counting their losses after hoodlums reportedly invaded the market around 5pm on Friday and looted about 35… 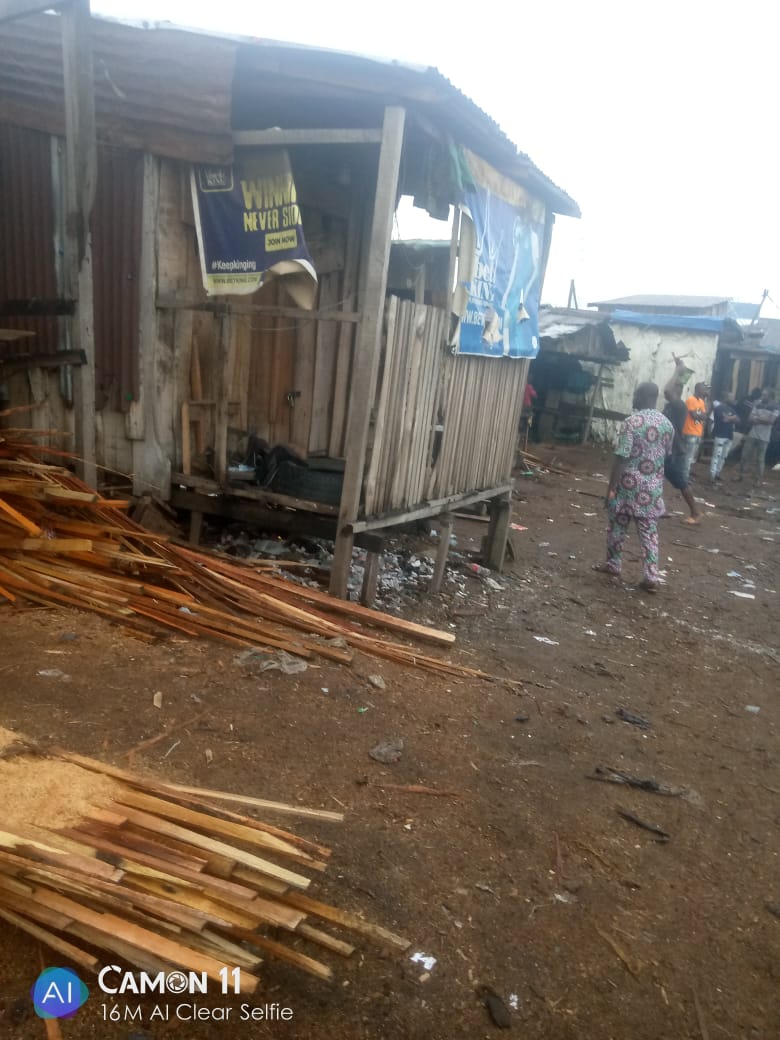 Many traders at Okobaba Sawmill, Lagos Mainland are counting their losses after hoodlums reportedly invaded the market around 5pm on Friday and looted about 35 shops.

Daily Trust learnt that the thugs, armed with guns, operated freely till around 4am on Saturday and brought in a vehicle to pack their loot.

One dead, many injured as NDLEA officers clash with hoodlums in Lagos

Policemen from Adekunle and Denton divisions were reportedly afraid to enter the sawmill located in a slum.

It was learnt that what eventually degenerated to looting started as a clash between boys from Jebba and Ibadan streets and their rivals from Abeokuta Street.

Sources, who confided in our correspondent, identified some notorious members of the rival gangs as Omo B, Baba Muri, Gideon, Abu Onigbo, Ila and Epon.

They were said to have exploited the ensuing confusion to rob innocent traders, carting away valuables and cash.

He said, “Around 5pm on Friday, those boys stormed the sawmill, armed with guns. Everyone was surprised that such thing could happen in broad daylight. They were shooting into the air. I managed to escape and called the DPO Adekunle Police Station and told him what was going on.

“I also called a policeman at Denton Police Division and he told me a team was coming. Surprisingly, the policemen parked their vans at a distance and watched those boys looting our shops.

“They raided shops till around 4am on Saturday. They even brought in a vehicle to pack their loot. They stole generators, phone accessories, freezers and building materials. I tried to call 112 thrice, but it didn’t go through.”

Ikuejamoye said traders in the sawmill had no disagreement with the thugs, lamenting that the hoodlums had deployed clashes as tactics to rob unsuspecting people.

He added, “They injured a security guard who tried to prevent them from breaking into shops. They looted about 20 shops under the bridge around the sawmill and burgled over 15 shops selling building materials inside the sawmill. About a month ago, they burnt part of the sawmill.”

The secretary of Ward F Unit, the section of the sawmill attacked on Friday, Mr Orioye Agbudeloye, said hoodlums had instilled fear in traders and made the market environment tense.

He said he escaped from the sawmill and watched from afar as the shops were being burgled without any restraint.

He stated, “They came in around 5pm on Friday and were here till 4am the following day. The policemen were watching them from a distance; they didn’t come in to stop them.

“People were calling me after I got home on Friday night. People kept on telling me that those guys were still operating all through the night. They burgled over 35 shops. They looted some shops without leaving anything behind.

“They were about 200. They overpowered the local security men in the sawmill and the policemen who were supposed to provide backup could not help. That was why they were able to wreak a lot of havoc.

“The situation is so tense that we are not even sure when next they are coming. They threatened to come back. This problem has been on; they have been terrorising the sawmill, they started from Ward A.”

The head of a local security outfit in the neighbourhood, Mr Musbau Agbodemu, urged security agents to quell the crisis which he said had been going on for over a week.

He said, “I called the Area Commander Area C on Friday night and he assured me there was no problem, but policemen could not stop those boys. They operated for 11 hours.

“The boys from Jebba and Ibadan streets have been fighting those from Abeokuta Street every day for over a week now. The fight started a long time ago but they stopped only to resume over a week ago. Nobody knows the cause of their fight but they are using the opportunity to rob.”

However, the Police Public Relations Officer, Lagos State Police Command, SP Benjamin Hundeyin, said it was not true police watched while the hoodlums looted the shops, adding that they would have called for backup if the situation was overwhelming.

“It is not true. No policemen will stand aloof and watch criminals looting shops. They (the traders) should present evidence,” he added.