How Other Countries ‘Shortchange’ Nigeria In ECOWAS 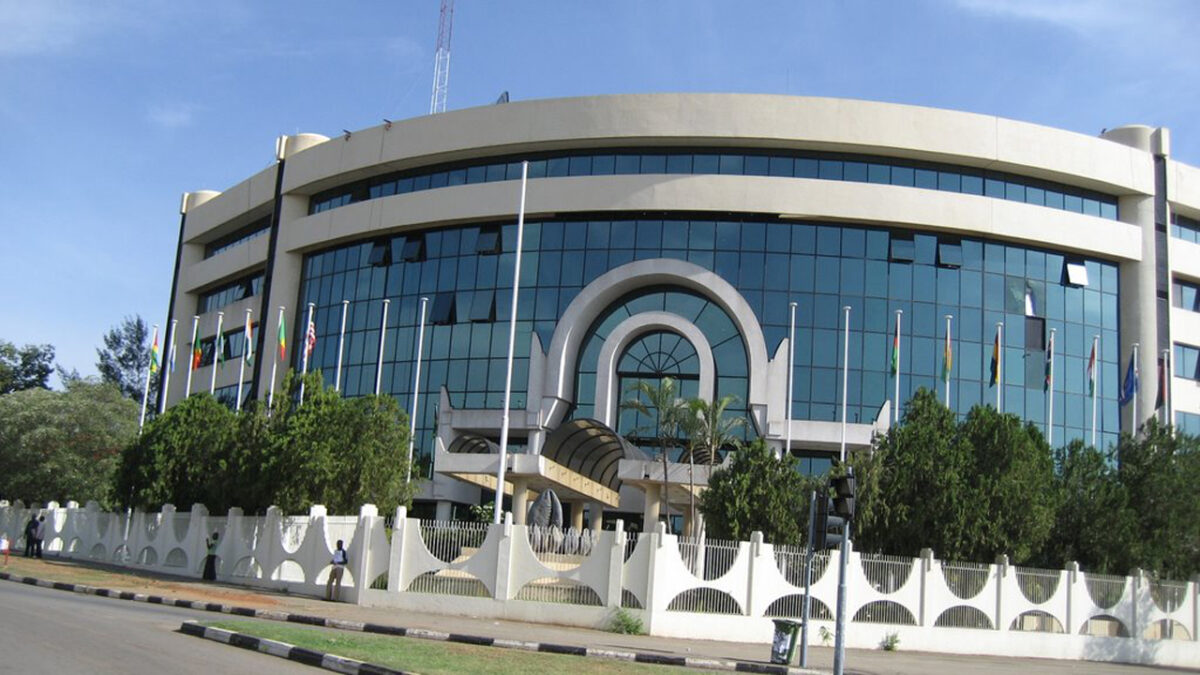 Nigeria’s influence in the Economic Community of West African States (ECOWAS) has been pushed into snug by smaller nations despite spending billions of naira in running the regional bloc, Daily Trust on Sunday can report.

An investigation by Daily Trust on Sunday revealed how Nigeria struggles to claim its basic rights in the 15-member regional bloc despite providing about 60 per cent of the total financial needs of the ECOWAS, every year.

Apart from this, Nigeria is hosting the three organs of ECOWAS, which include the Court, the Commission, and the Parliament, but observers say the country is shortchanged of its rightful share of staffing, voting and decision-making.

While Nigeria’s influence is tucked in the community, smaller nations with less contribution like Burkina Faso, Côte d’Ivoire, Senegal, Benin, Niger, Mali, Guinea and Togo-all French-speaking, easily have their ways.

An investigation by Daily Trust on Sunday in the three ECOWAS organs revealed so many irregularities in the recruitment exercise with Nigerians relegated to the background.

In the ECOWAS Commission, our correspondent discovered some abnormalities in the staff list and infractions in the recruitments processes

For the positions of Directors, out of at least 32 directorates, Nigeria has only four directors in the commission.

Besides the two categories of Directors (D1 and D2) the marginalization is still mated on Nigerians in the positions of Deputy Directors (P5 officers) and Assistant Directors (P4 officers).

The number of Nigerians in the list of auxiliary or general services is scanty with no one from P1 to D2. The country’s representation thinned out as one scrutinizes the upper level of the hierarchy.

A top management source in the commission told Daily Trust on Sunday that there were a lot of irregularities in the recent shortlist and interview for the position of Director of Administration.

He alleged that what played out in the recruitment process was purely a francophone arrangement.

“For example, there is this highest committee called “Management Succession Committee” which employs all managerial positions, from deputy directors upward. This committee is formed by all heads of ECOWAS institutions and headed by the President of Commission and both the President of the Court and the Speaker of the Parliament are members. So, it was all the institutions of ECOWAS that constituted that committee.

“But there is this particular man, when they set the questions in the hall, he went out and leaked the questions to francophone candidates, and it was captured in a CCTV footage, which I have a copy of and it’s what we are battling now” he revealed.

“It will surprise you to know that the positions of drivers and clerical staff, which Nigeria as the host country supposed to benefit from, you will see people from Burkina Faso and other francophone countries occupying those position, and this has been going on for a very long time” he said

He blamed poor representation from Nigeria’s Ministry of Foreign Affairs as the major cause of the country’s setback in the regional bloc.

“They don’t stand their ground when it comes to issues like this. You see, one thing about the francophone is that the eight countries come together and speak with one voice but that isn’t the case with the five Anglophone countries, especially Ghanians; they never support Nigeria in things like that.

“So you will find that Nigeria stands alone most of the time and our officials in the foreign ministry are not assertive, they let things go like that despite our huge investment” he said.

On the recruitment aspect, he said, “Usually, the ECOWAS has two consultants that handle recruitments when it comes to professional levels. So, when applications come, they distribute to the consultants to streamline them, maybe from 1,000 to 20 per position, but there’s always a way round they use to always influence the consultants” he claimed.

Also in the ECOWAS Court, an investigation by Daily Trust on Sunday revealed that some infractions that attracted a series of petitions from staff members that await attention of the new management of the ECOWAS Commission remain unresolved.

On the appointment of the Chief Registrar of the Court, it was learnt that some internal candidates who spent over ten years as Deputy Chief Registrars have accused the court of being sidelined, and not shortlisted to take part in the interview despite applying for the post.

Another petition also accused the President of the Court of influencing the appointment of his Executive Assistant into a Senior Research Position on the court, at the expense of more qualified Nigerians.

However, the spokesman of the ECOWAS Court, Mr Sunny Ugoh, has denied the allegations, saying that recruitments of the court are being handled by a consultant who shortlisted candidates that applied for the position.

“It’s handled by the consultant and at the committee level not by the court president. So when people said they were not given a chance to participate I became confused because the application is online.

“In the case of Chief Registrar, because it is a D2 position, it’s being handled by an inter-institutional committee, which consists of heads of the ECOWAS institutions. They sit and ensure due process is followed base on what the law says should be obtained when recruiting some body of that calibre,” he added.

Pained by the Nigeria’s situation in ECOWAS, a motion was moved in the House of Representative, in June, calling for the review of Nigeria’s contribution and benefits in ECOWAS for social and economic development.

He said, “In 16 years, Nigeria has contributed more than $1.177billion to the ECOWAS as its community levy, and this is the highest contribution by any member state since inception,”.

To gauge the benefits of Nigeria’s contribution also, the house resolved that committees on inter-parliamentary relations and ECOWAS parliament and foreign affairs should investigate the Nigerian investment in ECOWAS for the past 10 years.

The house further mandated the committees to also determine if Nigeria’s contribution to the regional bloc is justifiable or not.

However, Vice Chairman of the Parliament’s Recruitment Committee, Edwin Snowe, said during a media chat in Abuja that the allegation was a “misrepresentation” of the facts.

“Recruitment into the ECOWAS institutions is very competitive and cannot short-change any country let alone Nigeria that has made invaluable contributions to the development of the community.

“There was no resolution reached at the plenary to suspend recruitment into the P5 positions as is being insinuated by Nigerian legislators. Nigerians are adequately represented in ECOWAS Parliament and other institutions of the community,” Snowe insisted.

Without Nigeria, there will be no ECOWAS financially – envoy

A former Nigerian Ambassador to Ethiopia and permanent representative of Nigeria at the African Union, Mr. Bulus Lolo, said compared to the huge investment that Nigeria is making, we are not getting the optimal benefit.

“I believe as of today Nigeria pays close to 60 percent, meaning that without Nigeria, there would be no ECOWAS when it comes to funding. And, if that is the case, it’s a question that Nigerians need to ask, how much did the country benefit from the ECOWAS?

“Remember, ECOWAS is made up of 15 member countries, nationals of these countries are supposed to be represented at different levels in the bloc.

“You need to carry out an investigation to know, since 1975 when ECOWAS was established to date, what are the senior positions that Nigeria has held in ECOWAS? And, that will reveal whether or not Nigeria has driven the benefit that we ought to drive.

On the view of the national Assembly, Ambassador Lolo said the legislators were on track.

“They are in the position to ask, given the amount of money that Nigeria is expending. Have we drive benfits commensurate with our investment in ECOWAS?

“And then of course the threat to withdraw is one thing, but it is yet another for the country to say, okay, we want to leave. Where does the fault lies? Is it because we as a country has not also make the right demand from ECOWAS? This means some presidents have been sleeping or we have been tolerant of these persistent actions within the commission.

“And, on the two, I would put the blame more on our side that we have allowed things to be the way they are ECOWAS ‘’ he said.

On what other thing could Nigerian representative in ECOWAS have done to make a difference, he said, “I was surprised, I don’t know what the ECOWAS protocol provides, because the parliament is to make legislation, and they are not supposed to be the ones to administer the very legislation that they make” he said.