How Nigeria spent N241bn on solar electricity for rural areas

In about three years, the federal government has funded the delivery of 52 megawatts (MW) of solar electricity across rural areas to the tune of… 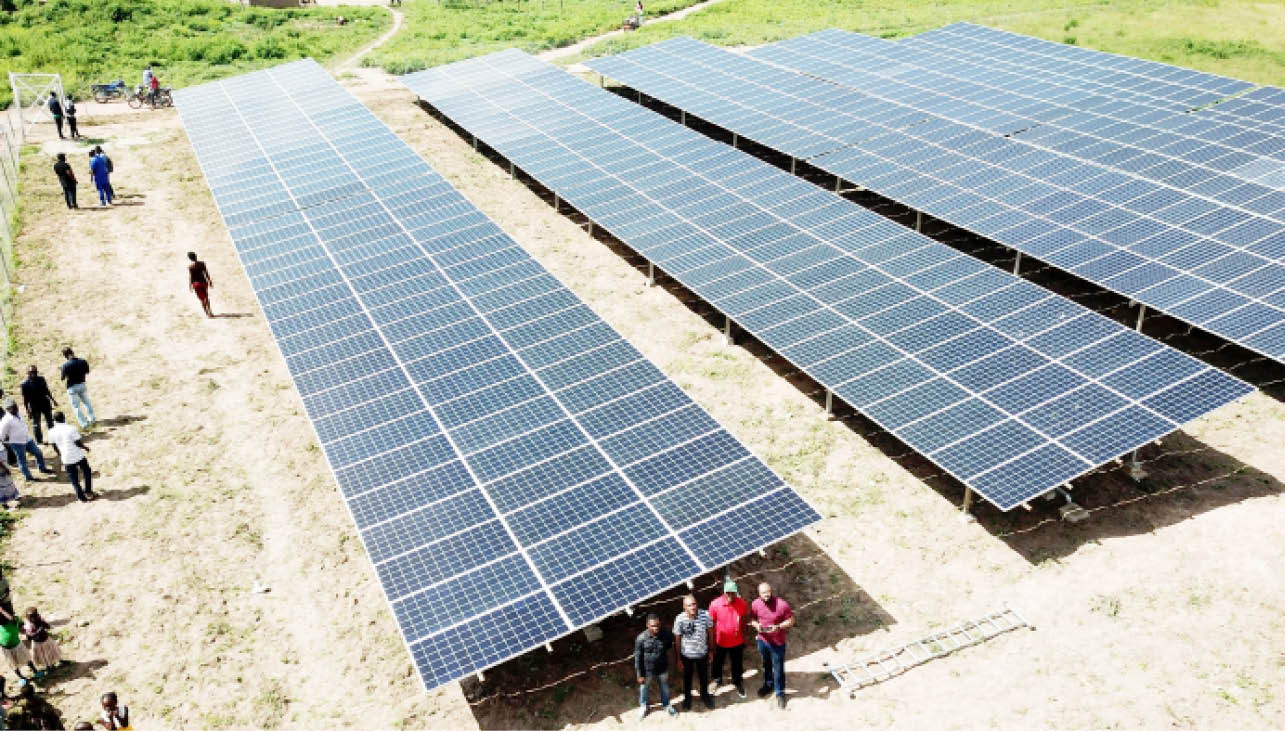 In about three years, the federal government has funded the delivery of 52 megawatts (MW) of solar electricity across rural areas to the tune of N241.8billion with grants provided by the World Bank and the African Development Bank (AfDB).

The latest milestone is from the analysis of scorecards of the Nigerian Electrification Programme (NEP) being implemented by the Rural Electrification Agency (REA). To implement the programme, the World Bank provided $350million, AfDB provided $200m.

As of October, 1,022 connections had been energised and being utilised in communities across the 36 states of Nigeria and the Federal Capital Territory (FCT).

An analysis of this shows that it has deployed 995,396 Solar Home System (SHS), 67 mini grid projects, 26 container solar energy pack for hospitals.

While the NEP handlers received 569 applications from solar power developers, it signed the grant agreement with 267 developers and seven others for the energising education power contract projects in seven universities and a teaching hospital.

The implementation of the NEP has created 1,151 jobs so far and saved 249,193 tonnes of carbon dioxide, the records show.

Despite the gloomy picture, authorities have launched various programmes to improve access to electricity. For instance, the Federal Ministry of Power is driving a wider Sustainable Energy for All (SE4ALL) scheme, projecting to have 30,000MW of electricity by 2030, of which 30 per cent of it will come from renewable energy sources. So far, the national electricity grid is about 5,000MW with a significant chunk of the over 200m people not having access to electricity, while over 50 per cent of those with electricity are underserved.

Also worried by this, the federal government, in August 2022, launched the Energy Transition Plan (ETP) amidst calls to move from fossil fuel and halt climate change. However, the plan, launched by Vice President Yemi Osinbajo at a virtual global ceremony, will require Nigeria spending about N4.222 trillion above business every year for the next 38 years to achieve a global access to energy by 2060 and a carbon-neutral energy system by 2060.

Core at the launch was how the government will raise this funding requirement amidst a shift from oil-dependence, rising inflation and other macro-economic issues.

As part of contributing to the ETP basket, the managing director of the REA, Salihijo Ahmad Salihijo, said the implementation of the Nigeria Electrification Project (NEP) of the agency, was an initiative taken to increase electricity access to Nigerians, whose homes are far flung from the national electricity grid.

He said, “Electricity has been provided for 5million Nigerians through 1,022 connections with at least 52MW of renewable electricity generated in the off-grid sphere across the 36 states and the FCT.”

The two others are $20m for Energy Efficient Equipment to fund appliances that can generate funds like pop-corn making machines; and $37m for technical assistance and capacity building.

REA officials were part of a wider entourage from Nigeria that were recently at the COP27 in Egypt, where country leaders discussed the future of energy, fossil fuel amidst rising complaints of climatic conditions, including historic flooding that ravaged several parts of Nigeria.

The Nigeria Electrification Programme has created jobs as outlined in the report. On how the grant has been disbursed so far, the report shows that, for every connection to the mini grid component, contractors get a naira equivalent of $600m, which is 60 per cent grant to cover for their project cost as a means of boosting electricity access, especially with renewable energy.

Out of the $550m NEP fund, the REA has disbursed $64.8m to contractors, with over $397m commitment made for procurement of equipment for the contractors.

For the mini grid, we have 267 grants signed with private developers but more people can come and join, we want more.

At least 80m Nigerians do not have access to electricity, the REA stated. However, with the NEP, budgetary project and other interventions, officials at the REA targets providing electricity to 80million unserved and underserved Nigerians.

The NEP works as a concept of public-private partnership (PPP) to support electrification in a way that customers pay back the project cost overtime, just as contractors get funded based on their performance in delivering a project.

The contractor identifies a project and delivers it and test-runs it for three months. It is verified and a 60 per cent subsidy payment is made to the contractor.

“When we travel to other countries and tell them about the NEP, they want to learn from us. We are now setting standard operating procedures and key performance indicators for our staff. We are about to recruit new staff. There hasn’t been any recruitment since the agency came into life, it only had a few replacements,” said the REA head, Salihijo.

“There is also a solar home system for rural homes where we give contractors a boost to enable them make it affordable to end users. We only pay the grant fully after it is delivered by the contractor and we have gone to the site to verify that the project is actively energised and supplying electricity to the community,” noted Salihijo.

On energising education, the second phase is coming shortly and covers seven universities and one teaching hospital.

“We just signed the contract to build the seven power plants recently, and it is meant so that each household can take 15 appliances in the universities,” Salihijo added.

There will also be a third phase targeting eight universities and one teaching hospital using captive power plants, which the school will operate and utilise.

A summary of the project’s impact when fully delivered shows that 109,000 Micro Small and Medium Enterprises (MSMEs) will be energised. Three federal university teaching hospitals will have uninterrupted power supply, while 15 federal universities will be electrified. For the health sector, 100 treatment/isolation centres will have reliable power and 400 primary health care centres (PHCs) will have reliable power.

However, the current status shows that 4,795 are MSMEs connected, three teaching hospitals have been connected while three others are undergoing procurement process. There are 14 federal universities whose projects are on procurement, and 14 treatment/isolation centres have been completed while procurement is ongoing to energise 400 PHCs.

The World Bank has commended Nigeria for the Nigeria Electrification Programme, saying it’s a long-term vision that is sustainable.

Commenting on the scorecard so far, the World Bank Task Team Lead for NEP, Arsh Sharma, said: “NEP is the World Bank’s flagship energy access engagement that serves as a model for many sub-Saharan countries for its innovative, yet flexible design. It presents the culmination of several factors, including a capable implementing entity, clear regulation and a driven private sector.”

Also speaking, the World Bank Co-Task Team Lead for NEP, Jon Exel, said: “The Nigerian government is focusing on long-term sustainability, which encourages inclusiveness, the scale of the market and the willingness to tackle electricity issues. This is what we see in Nigeria.”