How Nigeria got UK, 5 others on 461MW Azura power project – CEO 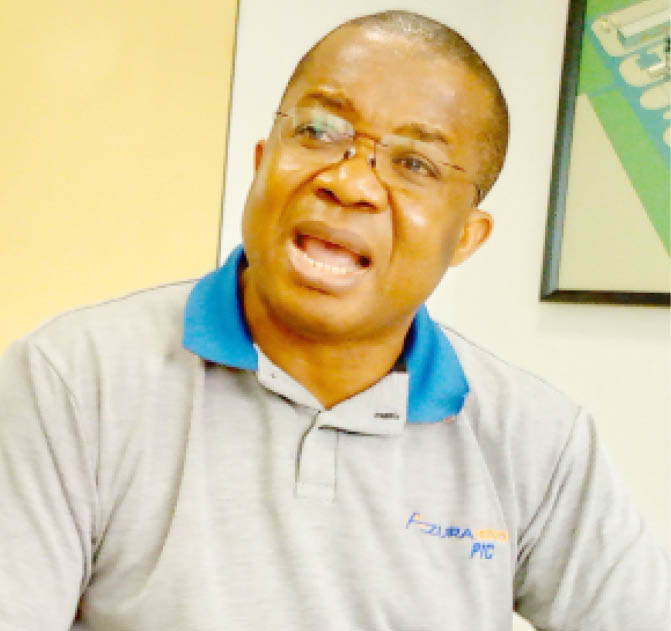 Engineer Edu Okeke is the Managing Director of Azura Power West Africa, the operator of the 461 megawatts Azura Edo Power, near Benin, Edo State. In this interview, he speaks about the rationale behind investments in the company by six countries – the United Kingdom, United States, Germany, Sweden, The Netherlands and France–with support from the World Bank.

The Azura Edo power plant is the latest facility in Nigeria, what is its capacity?

The installed capacity of the plant is 461MW but given the conditions in Nigeria and the national grid system, our actual capacity test is 452MW and we have continually delivered this to the grid. By next year, we will do the major inspection and Siemens will dismantle the blade and do the maintenance which happens every four years.

We act as a stabiliser for the grid and if we turn off the Primary Frequency Influencer (PFI), TCN transmission grid will collapse. We are one of the few Generation Companies (GenCos) that have this frequency manager. The grid frequency should be at 50 Hertz and if load goes high, it can go up and if load drops, it can go down so what the PFI does is to manage this grid by increasing generation or reduce generation automatically to stabilise the grid.

So instead of taking 452MW, the turbine could slow to 440MW or rise to 452MW, and TCN appreciates this. TCN relies on us because Azura is the most efficient of all this. We are producing 452MW every time but the turbine reacts in the stability of the grid and so NBET pays our capacity charge of 452MW while we get paid energy charge of the generation we have supplied, like this 440MW.

The Azura power project is said to be backed by the World Bank, who are the financiers?

Azura was developed by lots of people because every agency of the government signed off and it went through the legal means and the final process was the legal opinion which initially ran into a hitch. After all the contracts, Nigeria is supposed to issue a Legal Opinion and among the 1,700 people that worked on the Azura project.

The financiers involved include the Development Finance Institutions (DFI) of the United Kingdom, the United States, Germany, France, Sweden, the Netherlands and World Bank.

The developed countries were interested in the functioning of Nigeria and they realized that building Nigeria’s economy starts with power and they were ready to fill the energy gap, so they invested in Azura as a model for subsequent projects.

What was the process for the Azura power project?

President Goodluck Jonathan came to do the groundbreaking ceremony of the project but our lenders could not release money because we did not get the legal opinion in 2014 until Jonathan left office. When the present administration came in, they verified the issues and by then because there were no ministers in 2015, we received our legal opinion around October 2015 by the Solicitor General.

We took off on January 4, 2016 for the construction and it was supposed to be 36 months, but because of the efficiency of the project, we finished eight months ahead of the completion timeline, which was in May 2018. That was when the commercial operation started. And finishing eight months ahead of time was the first of such in Nigeria and without variation of contract.

It is reported that Azura gets $30m monthly without commensurate generation. What is the rationale behind such hefty payment?

Let me say that it begins with the Take or Pay gas obligation; that means a plant must pay for gas whether it uses it or not. Azura is not the only one that has such an agreement; there are five plants with active Power Purchase Agreements (PPAs) comprising Okpai, Afam, Azura, Omotosho and Olorunsogo.

The energy charge is 50 per cent of the entire bill and the only difference for Azura is that because of the contract signed and Partial Risk Guarantee (PRG) with the government, we are paid our amount fully in time but they could delay the payment of the other plants.

So, the $30m is made up of these things; some payment goes to gas for NNPC Ltd-NPDC/Seplat/NGC, and the biggest of our lenders is the Central Bank of Nigeria through the Bank of Industry and we pay them from this invoice when we collect the money monthly, and we pay our taxes regularly.

So, we get $30m monthly as our payment, but 40% goes back to the government by way of gas and loan repayment and because the World Bank guarantees payment, we do not have a problem with the executive arm of government except for the National Assembly.

Why is the ministry of finance involved in payments to Azura?

If the Distribution Companies (DisCos) pay their invoices 100% to the electricity market, there will be no need for the Ministry of Finance to call up our invoice differential and pay us, but the remittance to the Nigerian Bulk Electricity Trading (NBET) is low.

So, the government should ensure that DisCos are improving and pay their energy invoices 100% and there will be no need for guarantees.

Do you receive invoice payment in dollars, too?

When the project was being developed, there were foreign finance sources and local financing and we raised foreign exchange (forex) to match the foreign cost and raised local funds through the Bank of Industry (BOI) from the Central Bank of Nigeria (CBN).

From the $30m invoice, we submit it in two components: the dollar and the naira components, and even gas is priced in dollars but we pay in naira. NBET now converts the dollar component and pays everything in naira to us, it is left for us to go to the CBN to seek forex and pay back our foreign loans.

Just like every other GenCo, we get our payment in naira; NBET does not accept to pay us in dollars.

Have you engaged the lawmakers to clarify this process?

We have explained these things to the Senate Committee on Power and the House of Representatives on Power and even brought the House members to the plant to see for themselves. I have been warned by our financiers that if I do anything untoward, I will go to jail and so we follow all legal processes. But then, it is now the House Committee on Finance and they did not invite us but we are making effort to meet them.

The unit energy cost of Azura is higher than old GenCos, what caused this?

Our unit cost may be the most expensive in Nigeria but compared with other new plants in West Africa in the last six years, Azura is the cheapest. When the government sold the PHCN power plants during privatisation, the tariffs were low and the bids were low. For instance, Egbin, which is the largest power plant, was sold for less than half of the cost of the Azura plant because the investors were made to commit to investing in it and recovering its capacity, but Azura is a brand new plant with optimum capacity.

Does the management have plans for expansion?

Right now, we are doing a feasibility study for phase two of the plant, but we are looking at the electricity market policies. For us, it will be easier for us to expand because we have gone through the processes, but the policies matter. We spent close to $900 million on the Azura project and we believe the government will tackle the policy inconsistency for more investments to come in. However, we are grateful to this administration.

On our platform, we have the names of President Muhammadu Buhari, former President Goodluck Jonathan and all other officials that worked on the project.