How Nigeria can regain lost glory in oil palm production

Some of the farmers, who spoke to our reporter, said smallholder farmers are not benefiting from federal government’s interventions in the oil palm sector. 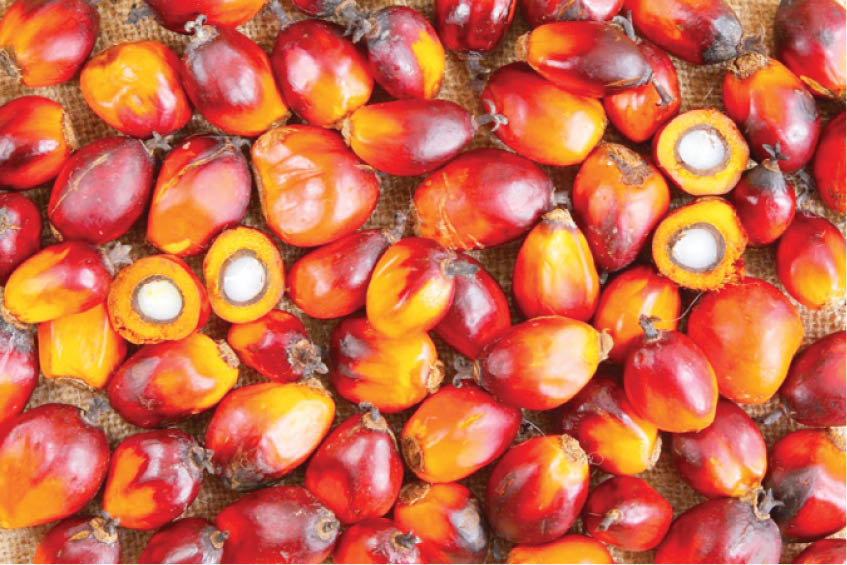 Palm fruits, from where palm oil is extracted

In the 60s and 70s, Nigeria was one of the leading palm oil producing countries in the world but today, Nigeria is behind Malaysia that hitherto came to pick seedling in Nigeria for oil production.

Experts believe that despite Federal Government’s acclaimed investment in the sector, the country is still lagging behind in oil palm farming due to inconsistency in policy, funding, access roads, modern milling machines, seedlings and other inputs.

Our correspondent reports that the seedling of 36 months gestation period instead of five years developed by the Nigeria Institute for Oil Palm Research (NIHORT) can still not address the problems.

Some of the farmers, who spoke to our reporter, said smallholder farmers are not benefiting from federal government’s interventions in the oil palm sector.

They said the Federal Government was only paying attention to the big estate plantation owners to the detriment of the smallholder farmers, who are the major producers.

One of the farmers, Peter Aguele, said the smallholder farmers contribute over 60 percent of the nation’s oil palm.

He, however, said the contributions of smallholder farmers were being hindered by lack of fund and structural capacity of the farmers which make them unable to access funds.

“They should put policies in place; whether in terms of having access to road, funding and mechanisation among others. Once that is done, about 80 percent of the oil palm production problems is solved,” he said.

According to him, the nation does not have enough plantations to serve the market.

“We must also look at comparative advantage in terms of large scale farming, when we smallholder farmer are able to do 50,100,150 hectares, they can be assisted to grow more than that.

He noted that there had been a lot of development in the research and development of improved seedlings for plantation.

“The seedling, which has a gestation period of six years before producing, has been improved to 36 months gestation period. It is not only quick in gestation, the yield is higher,” he noted.

Another farmer, Harrison Opaluwa, noted that the challenges in oil palm production range from lack of farmland, government support, inconsistence policy to insecurity.

According to him, the enormity of these challenges is weighing the farmers down in terms of maximizing production.

He said, “statistically, the smallholder farmers own over 80 percent of oil palm plantation in the country while that of the big farmers are between 15 and 20 percent of the cultivated plantation.

“For instance, in Edo State, we have more than 10,000 oil palm farmers and each of them may have between one and even 100 acres; and when you put them together, what they have is more than those of the estate owners but because they are rich, the government always patronize them.

“If the government wants to support oil palm farmers, they can give 50 percent to estate plantations like Okomu, Presco and others while 50 percent is also given to smallholder farmers.”

He added, “if you give 5000 hectares to these estate plantation owners, they can’t cultivate it in two years but give that to smallholder farmers, 100 of them will cultivate that in one year.”

He said because of financial challenges, the smallholder farmer doesn’t have the capacity to process oil to the standard that it can be exported or sold to industrial companies.

“We don’t have the machines to extract the fruit bunch from the seed within 28 hours. We have to allow it to ferment and it is that fermentation stage that make the fatty acid to grow very high and this prevents us from importation.

Opaluwa, who is the National Vice President South-South, National Palm Producers Association of Nigeria, lamented that even when government wants to support the smallholder farmers, they patronize political farmers instead of reaching out to the real farmers.

He said government needs to put policies on ground that will favour cultivation of oil palm by standing as guarantor for smallholder farmers to be able to get loans, as well as access to extension service workers.

According to him, farmers buy seedlings from NIFOR at N500 per seedling and at Okomu oil company and Presco limited at between N900 and N1,000 per seedling, adding that “the cost involved in the production of oil palm is high and if the government can subsidize the production, the country will reclaim the number one position in oil palm.”

He said one of the major challenges facing them was lack of access road, noting that most of the oil palm farmers are in rural areas.

“We need access roads to take our produce to the market. Most of the produce is destroyed in the farm because of absence of access road,” he said.

He also said lack of a regulatory body in the palm oil industry is seriously affecting the sector.

“Because there is no board regulating the sector like the cocoa board, the buyers do everything to manipulate and regulate the price which somehow discourages farmers from expanding.

“So basically, finance, infrastructure, land and price regulation are some of the major challenges,” he said.

On the milling machine, Iyare said they had locally fabricated ones, which, according to him, are not the best.

“The best one is the automated mill which will enable you to harvest and mill the same day and the fatty acid will be low.

“But, because we don’t have such machines, when we harvest, we have to leave them to ferment and during fermentation, the fatty acid keeps increasing and the higher the fatty acid, the lower the quality.

“Government must create enabling environment, especially with the provision of fund, access road and automated milling machines in each local government and this will boost rural-urban migration and create more jobs for the youths,” he advised.

For Alhaji Shehu Muhammed, insecurity is currently affecting them as most farmers are afraid of going to the farms due to the activities of bandits, who attack them in the farms.

Muhammed, who has over 10,000 producing palm, lamented that they have never benefited from the Federal Government’s inputs.

“We need government support. CBN governor is talking of N100bn for oil palm farmers but that will not get to us because they only concentrate on the big players in the sector.

“We have never received government support, they will ask us to form cooperatives but at the end, they will not give us the loan, so we just do it on our own. And the market is there, even if it is the kernel oil one depends on, it is money but the facilities are not there for us,” he added.

He said once he harvests and mills, he transfers them to Kano where he sells the product to already waiting buyers.

However, the minister of agriculture, Alhaji Mohammed Sabo Nanono, had assured that the Federal Government would do everything possible to boost oil palm production to enable the country regain her lost glory.

The minister, who spoke at a recent interaction with some journalists in Abuja, said the country stands to gain a lot from palm oil exportation if more interventions are directed to key stakeholders in the value chain.