Prof. Mohammed Sambo is the Director General of the National Health Insurance Authority (NHIA). In this interview, he speaks on the organisation’s rebranding agenda, expansion… 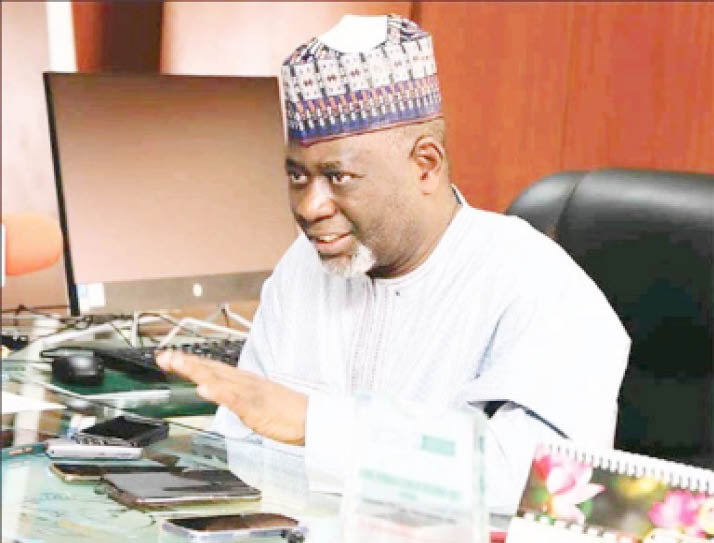 Prof. Mohammed Sambo is the Director General of the National Health Insurance Authority (NHIA). In this interview, he speaks on the organisation’s rebranding agenda, expansion of health insurance coverage for Nigerians, and the operationalisation of the NHIA act, among others.

What is the current health insurance coverage level for Nigerians?

The current coverage of health insurance as at today is about 16 million people, so it is still hovering below 10 percent.

The National Health Insurance Scheme (NHIS) was originally modelled to provide health insurance for persons in the public sector. What has been done to widen the scope?

When we came on board, we x-rayed the ecosystem and realised that there were so many problems. Apart from x-raying the situation, the report of the presidential panel showed a lot of problems, and about ten key problematic areas were outlined to be quickly addressed.

So, our first year was dedicated to ensuring that we brought in stability into the organisation. We then embarked on what we call the rebranding agenda of the organization, which was anchored on three pillars.

One, restoring value system that will make the organisation credible and result oriented; second, how to engender transparency and accountability in the entire operation of the organisation and thirdly, to accelerate the drive towards attainment of Universal Health Coverage (UHC).

And we went straight into deconstructing the pillars into various elements. If you look at the first pillar, it has about three elements that has to do with creating a very good and enabling environment, ensuring discipline within the organisation and creating mutual respect and harmony, and ensuring that equity is engendered in the process of managing the organisation.

And we stepped in to implement all those elements that we identified as key for stabilizing the organisation.

That is why this organisation that has been notorious in terms of crisis has now been fully transformed; you don’t hear any crisis within or outside the organization any more.

What are you doing to ensure transparency and accountability in the health insurance ecosystem?

We have worked very closely with all the stakeholders in the health insurance ecosystem, and we have consistently embarked on the process of informing, educating and enlightening the people so that they know what health insurance is all about, and what their roles and responsibilities are.

We have also recognized the fact that for us to have an overarching transparency system, we need to digitalize the system so that whatever is being done in the organisation, in the entire ecosystem, can be driven digitally.

As a chief executive officer, you can be here, and monitor all that is going in terms of service provision, and finances etc; so, we have done all that.

Can you briefly tell us about how you are expanding the fiscal space?

There were a lot of bottlenecks in the implementation of these programmes so we tried to look at those bottlenecks with a view to finding how to resolve them, and we have gone far in trying to address most of the key critical issues that are affecting the smooth operation of that system.

Then, the second one has to do with innovation. We have created a lot of innovations that is aimed at expanding the fiscal space.

One of the things that we have done, even though we met it on ground but not being implemented, is the issue of Basic Health Care Provision Fund (BHCPF); this is a creation of the National Health Act.

It is derived from one percent of the Consolidated Revenue Fund, and about 50 percent comes to the NHIA, and we in turn distribute it to the states because states have their state health insurance agencies, so that they can cover the vulnerable segment of the population. By vulnerable we are talking about the poor, the women within reproductive age and the children under five, people with disabilities and other people that are in disadvantaged positions.

This is what the BHCPF aims to achieve and if you go to almost all the states apart from Rivers and Akwa Ibom, you will realise that a lot of vulnerable people are benefiting already from the programme.

Secondly, we have also created what we call Group Individual and Family Social Health Insurance Programme (GIFSHIP). About one and half years ago, the minister of health launched the programme and it is intended to bring in the informal sector.

If you look at the informal sector segment of the population, I mean those that are self-employed, people working in organisations that have less than five workers, they constitute the majority, the bulk of the population.

Before we came in, there was no significant provision to bring health insurance to these group of Nigerians. But with GIFSHIP, people can now, irrespective of their work status, whether an individual or a family or a group that is binded by one form of cohesion or the other, come into the National Health Insurance System.

So, how have you been operationalising the NHIA act?

The most important aspect of that law is that it makes provision for what we call Vulnerable Group Fund (VGF), and the fund is intended to take responsibility of about 83 million poor Nigerians who have no financial access to the health care system.

If you are not gainfully employed to the extent that you can’t pay for health care or health insurance services, through this Vulnerable Group Fund, you have opportunity to be covered.

And for us to be able to achieve that, we need to develop an operational guideline. We also need to have a very robust conversation on the issue of innovative financing which can bring about a lot resources into the health care system, and we are already working on them.

What is the role of Health Maintenance Organisations (HMOs) under the new law?

So, what the new law is saying is that we should have a very clear demarcation between the two. You drive a social health insurance with little or no participation of HMOs. Then, you have a private health insurance which HMOs will drive.

By the time we start implementing this law as a package, you will realise that a lot of things will change with respect to the operation because the health insurance is intending to provide what is called Minimum Health Care Package—a package that every Nigerian should have access to irrespective of his or her socio-economic status.

And under this new law, this will be driven solely by the National Health Insurance Authority and state health insurance agencies. So, those bottlenecks that are very recurring with respect to the interface with HMOs will no longer exist.

However, HMOs will be allowed to do other things. Number one, HMOs will drive what is called supplementary health insurance, any insurance beyond the minimum care package can be driven by them.

HMOs can also drive what is called private health insurance as I explained.

For example, a state wants to do a call centre system whereby an enrolee can call for enquiry or to lodge their complaints. The state might say we don’t have call competence or we don’t have structure to do that, the Third-Party Administrator can then assist the state or on any other issues like financial management system and so on.

So, the rumour making the rounds that we are trying to throw away HMOs is not entirely true. We are redefining their functions for the betterment of everyone in Nigeria.