How Mr Bazoum Grilled Me About Chibok Girls In Paris

The visit by His Excellency, President Muhammadu Buhari to Elise Palace in Paris on Wednesday, 10th of November, 2021 to discuss... 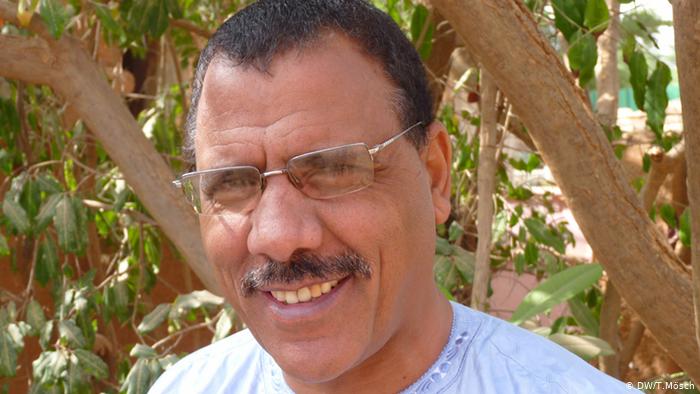 The visit by His Excellency, President Muhammadu Buhari to Elise Palace in Paris on Wednesday, 10th of November, 2021 to discuss regional security, peace and development, reminds me of an encounter I had with His Excellency Mr Mohamed Bazoum, the incumbent President of the Republic of Niger about eight years ago during a similar meeting in the same Palace.

The volume and intensity of diplomatic relations between Nigeria and Niger was incredibly robust and organic in ways that we were together quite often, as the foreign ministers of our respective countries. Bazoum was a passionately tough voice against any form of terrorism and armed struggle in the Sahel. In the very few circumstances that Nigeria would like to moderate its positions on issues of the Touareg rebels in Northern Mali, Bazoum would privately caution me: “Nuruddeen wallahi ba ku san mutanennan ba” (Nuruddeen,  you don’t know these people).

Together, we planned and successfully got the approval of President Goodluck Jonathan to execute a very ambitious and comprehensive program to patrol and secure the entire 999 mile stretch of our joint border under the Joint Border Patrol initiative of the Nigeria Niger Joint Commission (NNJC). Part of the package are dozens of, off the road trucks and SUVs all fitted with real time communication capabilities. There were also plans under the same NNJC platform to establish multiple barracks on both sides of the border to accommodate the joint border patrol personnel that were to be drawn from the military, gendarmerie, police, customs and immigrations of both countries. In the same spirit too, Nigeria generously supported Niger to procure arms and also with intelligence gathering logistics to monitor, intercept as well as disrupt the flow of light arms, small weapons and criminal elements passing through its vast territory enroute Northern Nigeria from Libya and Northern Mali.

The mind chemistry between myself and Bazoum was to become so seamless that we often discussed matters frankly devoid of all the layers of pretences that normally define relationships among top diplomats. Besides, both countries almost always sat next to each other because of their unique alphabetical similarities. That was to also give us ample time to engage as we sat behind our principals or besides each other in the event that we were in charge in Ministerial meetings.

But beneath the glitzy surfaces, measured gazes and tones, flawless etiquettes and sophistication of international diplomacy could be truckloads of nerve racking embarrassments, frustrations and not infrequently even outright burn out.

Elise Palace is no stranger to high level meetings involving presidents; most importantly, those of the Sahelo -Saharan states and precisely the lake Chad region. Nigeria is not only the lone none French speaking enclave in the territory, but remarkably the biggest elephant in the house too. The other countries are Benin, Niger, Chad and Cameroon.

Nigeria accordingly expected (as a responsible member of this community) the total and unconditional support of our four Francophone neighbours when Boko Haram terrorists  effortlessly shepherd about 240 school girls from Government Girls Secondary School Chibok in Borno State on the 15th of April, 2014 and disappeared into what appeared then like thin air.

Most unfortunately though, one of such neighbours was not remotely  forthcoming or interested in ways that reflected the urgency of the moment. Meanwhile the entire administration was on trial at the world stage and every second, opportunity and assistance counted.

Naturally, Paris was therefore the place to turn to for the much needed help to bring all the five Heads of States of the Lake Chad region, including the uncooperative one together. President Francoise Hollande graciously agreed to host the meeting. Britain, the United States and European Union also joined to participate at the top level regional security meeting scheduled for the 17th of May, 2014 within the walls of the famed Elise Palace in Paris

As we sat behind our respective leaders that day while the meeting at the Elise palace progressed,  Bazoum leaned and said to me  in Hausa, “Mallam Nuruddeen don Allah in tambayeka wani abu mana”. Roughly translated as “Mr Nuruddeen can I please ask you something”? My heart sank as I replied yes, Mr Minister. It had better not to be about Chibok girls…. I had told myself!

He then looked me in the eyes with all the honesty he could summon and continued….

“I honesty want to know how a convoy of vehicles with scores of fighters could mobilize, and then boldly drive a fair distance within the Nigerian territory to reach their target; then take their time, perhaps hours… to fetch, sort and upload hundreds of terrified girls into those vehicles; and finally drove off, with everything and everyone disappearing into the darkness of the night without any attempt at intervention from your security and defense forces?”.

“You know that it is you people who usually assist us in some of our hours of need, but I swear by Allah that that can never happen in Niger”.

He finally concluded with an unusual confidence to his tone….

“We would have gotten the intelligence about their movement while they were approaching their target. If, however, that is lost, we will certainly know while they were still collecting the girls within the school. And assuming but not conceding that too was lost on us, then we will certainly know where they were headed; and with a characteristic Niger accent he thundered…”kuma wallahi sai mun afka mu su” (and by Allah we shall attack them).

I am supposed to have some expertise in reading body language, especially eye contact and the stream, form and content of speech. And it didn’t take long for me to figure out that it was evidently a very wrong time to respond. Because what Bazoum had queried were the exact questions that had bugged my mind since the abduction happened. And whether that was a mere grandstanding (about what his country would have done under the circumstances) or not, the bitter truth as of today is that no outlaw had ever dared to pull off such within their sovereign territory. I remember exactly how that humiliating interrogation ended. All I could recall was that, I was left red eyed, mortified with a dry mouth who was dodging eye contact when it eventually did.

Time flies and a lot has happened since then. First, with Dapchi in 2016, then K’ank’ara, Jengebe, Birnin Yauri, Kagara, Tegina and the Bethel Baptist High School in quick successions over the last two years, the international community is perhaps well adjusted to the possibilities of such kidnap spectacles coming out of Nigeria. Significantly also, Mohamed Bazoum is now the President of the Republic of Niger, who symbolises its sovereignty, and with that, sits shoulder to shoulder with Mr Buhari. This new role would probably determine how much of his mind Bazoum may be willing to share with his new friend and what he must keep to himself out of diplomatic courtesies.