How I graduated with first class despite sitting SSCE twice, JAMB thrice

Grace Yusufu Philibus had to encounter early hurdles which include attending three different primary schools, four different secondary schools, getting married as an undergraduate and… 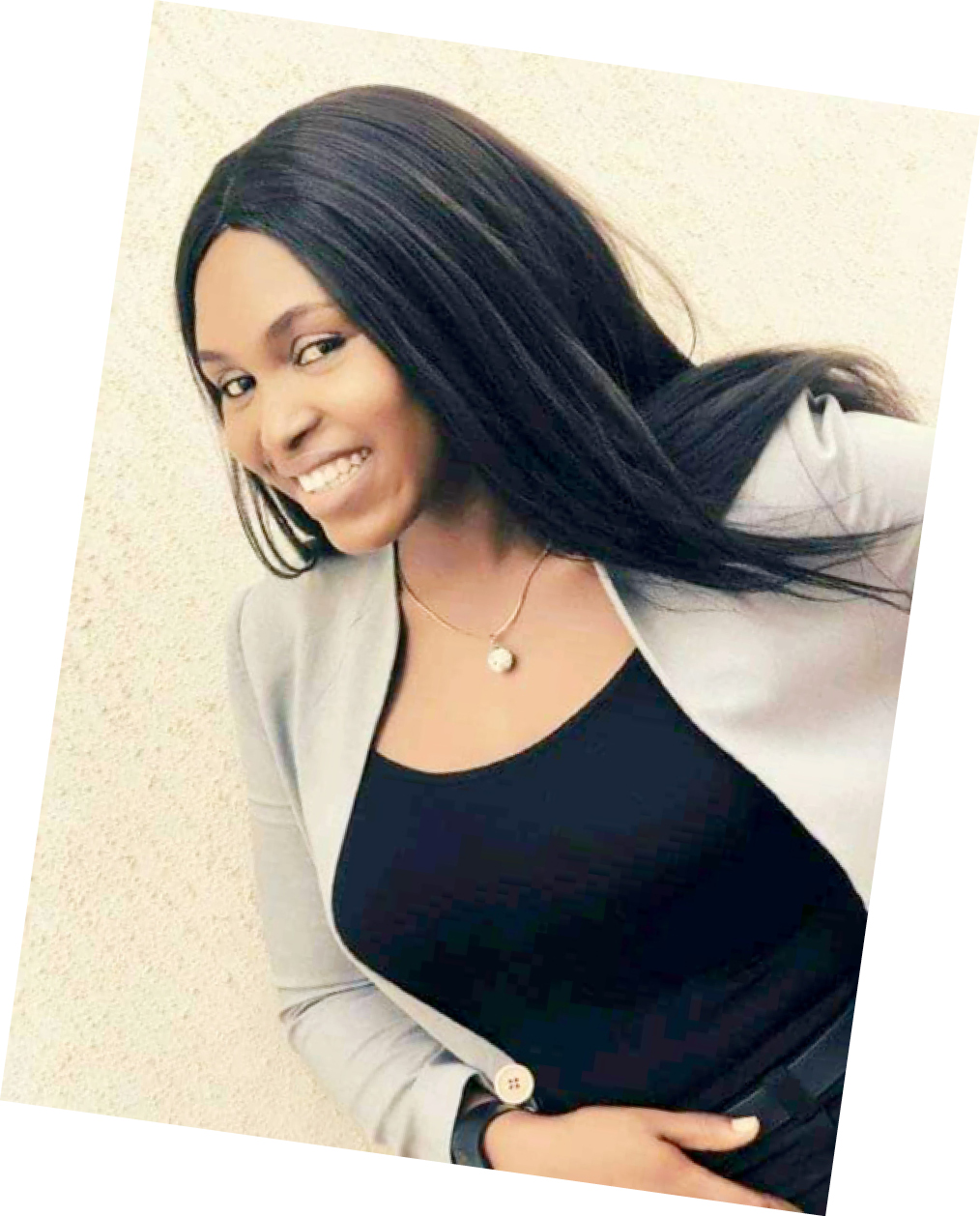 Grace Yusufu Philibus had to encounter early hurdles which include attending three different primary schools, four different secondary schools, getting married as an undergraduate and failing a course, to be among the best graduating students at the Accounting Department of the Federal University Wukari, Taraba State. The first in a family of six, she hails from Michika Local Government Area of Adamawa State and shares what others can learn from her tumultuous journey to success in this encounter with Daily Trust Saturday.

Grace Yusufu Philibus’ journey to bagging a First Class in Accounting is riddled with obstacles which include having the lowest grade during her early junior secondary school, doing the Senior Secondary School Certificate Examination twice, and sitting the Unified Tertiary Matriculation Examination thrice.

Even when she thought her First Class was sealed due to her exceptional academic performance during her first year at the Federal University Wukari, Taraba State, she failed one of her courses. The incident almost crashed her dream of earning the highest grade but her faith in God and belief in prayers salvaged her dream.

“I took it upon myself to pray. Many people may not believe in prayers but I do. There is God and it is God that has done it for me. I was so confident that I was a first-class student when I started as an undergraduate but the carryover almost pushed me off. I almost lost the dream of a First Class or a good grade but I always rebuked that spirit and focused on being positive.”

Though the carryover was the latest hurdle she surmounted before graduating in flying colours, she was on the verge of being withdrawn from school while in junior secondary school by her parents due to poor grades. Her grades were so poor that she had to change schools several times. She attended three primary schools between 1997 and 2007. For her secondary school education, she started at Comprehensive Secondary School Kwarhi, Adamawa State, in 2008 and left in 2010. She said her grades got worse that her dad had to wake her to reality with a threat to stop her education and return her to the village so he could focus on the education of her younger siblings.

“I took my education seriously after that discussion that I came second in my new school, Yobe Scholars Academy Damaturu. Before then, my position was 20 something at the last school I attended,” she said while explaining the fallout of the discussion with her father.

Being the first of six children, she was determined to set a good example following the chat with her father. She said the chat had spurred her to excellence.

From that moment, her grades started changing until she left the school in 2011 with the first position in her class. She emerged among the top three students with the best results during the entrance examination into senior secondary school. She was briefly at the Federal Government College Buni-Yadi, between 2011 and 2012 at the onset of the Boko Haram insurgency in the state, and then she left for Federal Government College Ganye, Adamawa State, where she graduated in 2014.

“While I was in SS3, I wrote my first UTME and I scored 176. I cried bitterly but moved on. I registered for UTME in 2016 and scored 188. That could not get me admitted into the university though the cut-off mark was 180. I continued my life at home and in 2017, I wrote another UTME and I was so down but I was able to score 212,” she said, adding that the score was enough for her to secure admission to study Accounting at the Federal University Wukari, Taraba State.

“Before going to the university, my dad showed me his results and made me promise him that I will try my best and be better than him. Aside that, I also promised myself and most of all God Almighty that I will be the best in my class,” she said.

But the admission brought more apprehension to her, “I was at home for three years doing nothing but helping my mum and going to church. I was so happy at first when I got the admission but when I came to the school, I discovered that most of my classmates were younger. I wondered how I would cope. I prayed to God to surprise me; I wanted Him to awaken the reading spirit in me. I finished my registration and I was cleared after two months and some days,” she said.

Grace revealed that she started off brightly by studying for more than five hours daily and her hard work paid off when she had a Gross Point Average (GPA) of 4.82 in her first semester and 4.6 in the second semester of her first year in school. Her performance encouraged her and fuelled her determination in leaving the university with a First Class. That resolve suffered a setback when failed one of her courses.

“In my second year, I had a GPA of 5.0 in my first semester and 4.1 in the second semester because I had a carryover in one course though I was confident that I did not fail the course. The course was about business communication.

“I met my husband when I was in 100 level and he proposed when I was in 200 level second semester. At first, my dad was against the marriage. He suggested that I finish school before getting married so it doesn’t affect my academics but I told my dad that my marriage won’t stop me from finishing with a great result. When I got married, I was away from school for a month in preparation for my wedding. When I resumed after the wedding, it was our test week. Some of my scores were not okay for me but I still held on to my prayers and studied even harder. There were times I missed some of my academic activities because I had to travel home to see my husband,” she said.

She said her journey towards making a first class taught her persistence. “I learnt to keep striving hard even though it wasn’t easy for me. It has also taught me that when you are determined to achieve something in life, you have to sit up and do it until you achieve your goal.”

She called for the education of the girl-child, adding that the number of uneducated girls, especially in northern Nigeria, is as a result of ignorance and lack of awareness. “I believe that they need awareness on the benefits of education. I have advised many young girls on how to take their academics seriously to achieve greater success. I believe that every girl child deserves to be educated.

On what students struggling with their education can learn from her, she said, “they should not give up on their dreams because those challenges are sometimes there to make us stronger and better, also they shouldn’t let people’s opinion of them discourage them, rather they should set goals, prioritize right and work towards achieving their dreams. Most importantly, they should involve God in everything they do because He alone has the key and answers to our desires.”

She hopes to be a chartered accountant some day.