The fortune of the 58-year-old Bauchi meat company is dwindling before the intervention of the state government. The factory which slaughtered an average of 250… 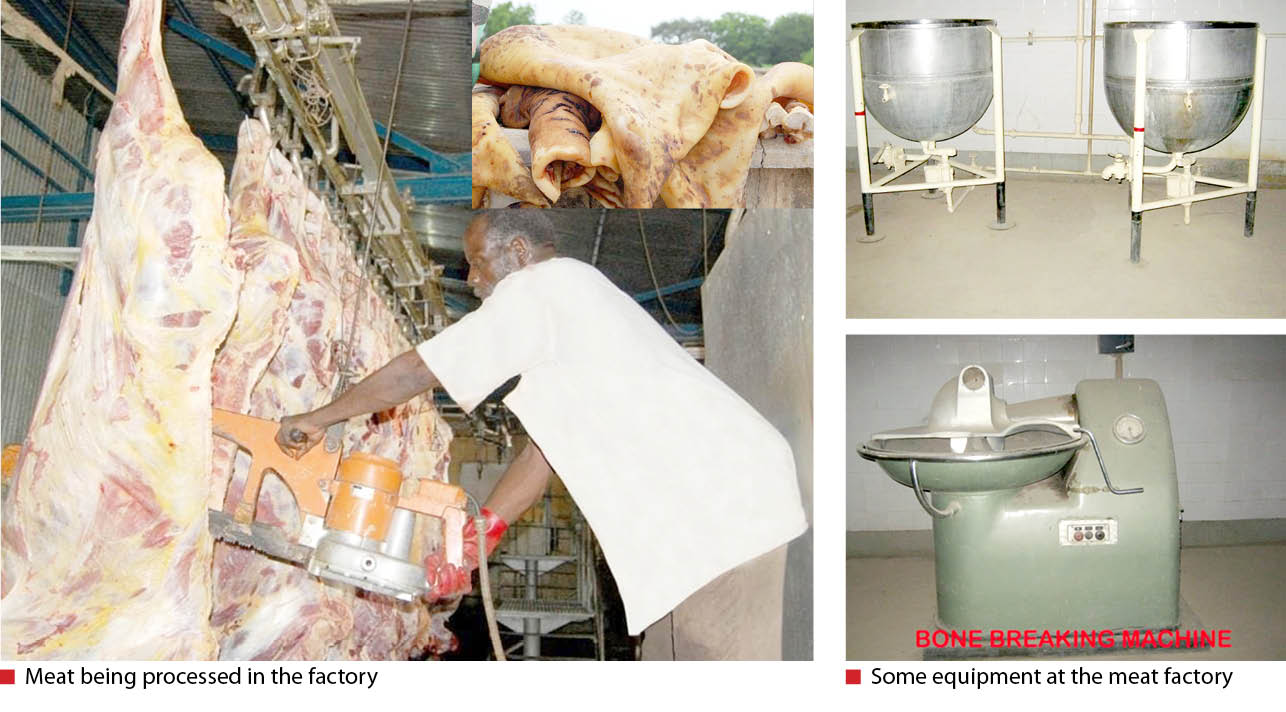 The fortune of the 58-year-old Bauchi meat company is dwindling before the intervention of the state government. The factory which slaughtered an average of 250 cattle in its heydays now has 71 employees and runs skeletal services. Some of the employees that saw the company boom shared in this report how the production of canned meat and other things thrive in the state.

The Bauchi meat company was established in 1964 by the then prime minister of Nigeria, Sir Abubakar Tafawa Balewa.

Balewa established the now 58-year-old company to harness the enormous meat potentials in the North East, which is known for livestock, as well as create employment opportunities, eradicate poverty, create wealth and promote peaceful coexistence among citizens.

The region is endowed with millions of animals, included cattle, sheep, rams and goats.

The company was equipped with facilities such as cold storages, slaughtering machines and many others.

Daily Trust Saturday learnt that at the initial stage, the company, which was managed by Argentina, had the capacity to slaughter an average of 250 cattle daily. And because the railway was thriving, products of the company had unlimited buyers within and outside the country. For example, the company produced canned beef, which was sold in all parts of the country

The Argentines trained Nigerians on how to operate the machines, and gradually, they transferred the management of the company to the trainees.

Unfortunately, the company collapsed 40 years ago after it was inherited by the defunct Northern Nigeria Government. Before the total collapse of the company, it had Peugeot pickup vans equipped with refrigerators and other storage facilities to keep its products fresh for many days as they were taken to Lagos, Benue, Plateau, Kaduna and many other states across the country.  Unfortunately, when the fortunes of the company started dwindling, all intra and interstate businesses stopped.

In 2007, there was an effort by the then governor of Bauchi State, Mallam Isa Yuguda, to resuscitate the company. A staff of the company who spoke to Daily Trust Saturday on the condition anonymity said the former governor actually revived the facility and it restarted operation in 2008, although not in full capacity.

It was said that Yuguda released N30million to the company to repair some of its equipment and employ some youths as it had only six members of staff, who were security personnel. It was learnt that 93 youths, who were majorly political thugs, were recruited to serve in the facility. It was said that they were rehabilitated and engaged in marketing and packaging the products of the company.

He said that after the state government’s intervention, the company purchased a 360 KVA new power generating set and repaired two out of its 9 storage equipment. And the management of the company decided to boost their market strategy; hence they decided to produce dambun nama, in addition to canned beef and sale of raw meat at retail shops in different places.

He said the company came up with the idea of producing dambun nama because they could no longer produce canned beef as it did in the past. As a result of this, the then government intended to send some of the youths to Argentina for training or invite the Argentines to Nigeria, but the machines used to produce the canned beef then are not the ones used in Argentina today; hence it was difficult to train the youths.

A staff of the company said that between 2008 and 2012 they sold meats like kilishi and dambun nama to the Nigerian Army for feed their soldiers. They also made efforts to start selling to the National Emergency Management Agency (NEMA) for distribution to internally displaced persons and some airlines.

Unfortunately, after Yuguda finished his tenure, the company stopped operation. However, sometimes they carried out skeletal services.

Our source, however, said the present administration in the state came on board and showed interest in reviving the company and it now has 71 members of staff.  The company now operates some of its machines. Our correspondent was told that some of the machines are working perfectly, some require servicing, while some of them are completely dead.

He said the company offered skeletal services due to inadequate capital and lack of political will.

Not satisfied with the performance of the company, the present Bauchi State Government privatised the facility under the Bureau for Public Enterprises, headed by the deputy governor, Senator Baba Tela, in order to make it profitable.

It was also learnt that the state government sold its 75 per cent shares at the cost of N301million to the New Frontier Company, an action that caused uproar and generated different reactions among citizens in the state,

Some people were of the opinion that since the government injected fund to revive the company, it should continue to manage it, but others said it could not run a business successfully; hence it should privatise it in the best interest of the state.

But some stakeholders and customers of the company who spoke with our correspondent said that despite efforts by the authorities to revive the facility, it would be difficult for it to regain its lost glory. They said the company only rendered skeletal services today, considering the number of cows slaughtered.

All efforts to get the reaction of the general manager of the company, Alhaji Kabiru Makera, failed as he declined to comment, saying that whatever he needed to say about the condition of the facility had already been said by the secretary to the state government and he did not have anything to add.

At the closure of bidding for the company, the secretary to the Bauchi State Government, Kashim Ibrahim Mohammed, a lawyer, said government would not take part in running the meat company as it had not generated any revenue to the state for decades. He added that only an investor would successfully revive the company and create employment opportunities.