How floods submerged Olam’s 4,400 hectares of rice in Nasarawa

The entire rice farmlands of around 4,400 hectares belonging to Olam Company in Nasarawa State have been submerged due to excess water from the River… 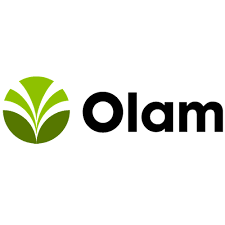 The entire rice farmlands of around 4,400 hectares belonging to Olam Company in Nasarawa State have been submerged due to excess water from the River Benue.

Daily Trust learnt that several adjourning villages in the area were also affected.

The Olam farm, which sits on an area covering 12 by 7 kilometers, has been a major contributor in the rice value chain in the country‘s rice sufficient drive.

‘’It’s indeed a big loss for the company and Nigeria and a setback for the country’s food security.’’

He blamed the incident on the release of water from the Ladgo Dam in Cameroon.

He said: ‘’We’ve been battling the waters since last two to three weeks, but finally, the water pressure took over and broke the dykes at multiple spots.

‘’We have 57 kilometers of dykes surrounding the farm. The farm has a cultivated area of 12km by 7 km…the 57 km of dykes were meant to stop the floods from entering. These were made after the floods impacted us in 2012.’’

He said several adjourning villages in the area were affected; while many farmers lost their farms, raising fears of hungers among the locals.

Adefeko said over 5,000 locals were said to have been evacuated from their flood-ravaged communities and camped at two locations.

He said, ‘’Even while battling floods, our teams carried out evacuation of adjoining villages and provided them with all basic needs, including medical support. We’re now running two camps with over 5,000 flood victims.’’