How flooding will increase number of IDPs in Nigeria 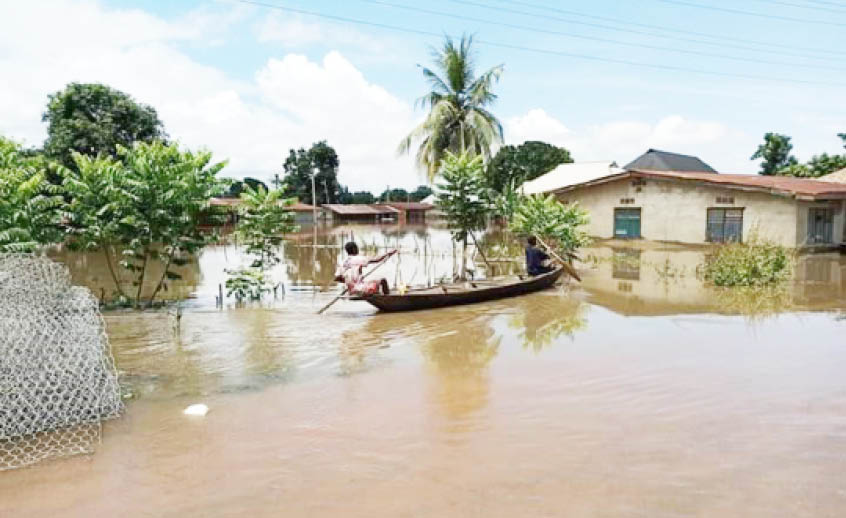 There has been a constant rise in the number of Internally Displaced Persons (IDPs) in Nigeria and the current flood disaster has an effect on the increasing number.

The flood disaster has and is still affecting many states in the country, causing deaths, loss of property, and destruction of farmlands, bridges and roads. It has vehemently increased the number of displaced persons in just months.

IDPs are groups of persons who have been forced or obliged to flee or to leave their homes or places of habitual residence as a result of or in order to avoid the effects of armed conflict, situations of generalized violence, violations of human rights, or natural or human-made disasters, and who have not crossed an internationally recognized state border.

According to Wikipedia, an IDP is someone who is forced to leave their home but who remains within their country’s border. They are often referred to as refugees, although they do not fall within the legal definition of a refugee.

It further stated that at the end of 2014, it was estimated that there were 38.2 million IDPs worldwide, the highest level since 1989, the first year for which global statistics on IDPs are available.

As of May 3, 2022, the countries with the largest IDP were Ukraine, Syria, Ethiopia, Somalia, Pakistan, Congo, and Nigeria among others. Since 2009 and the start of the conflict in northeast Nigeria, millions of people have been displaced.

The United Nations confirmed that more than two million people are living in temporary settlements and campsites across Borno, Adamawa, and Yobe states and half of the population are women and girls.

Amidst struggles with displacements caused by banditry and conflicts, the flood disaster introduced a new dimension to an existing situation. The Federal Government of Nigeria said at least 603 people have been killed in floods with 1.3 million persons displaced from their communities across the country.

Other statistics indicate that the number of injuries is 2,407, while houses that were partially destroyed totals 121,318, and farmland partially decimated is 108,392.

The flood which was predicted to affect LGAs in more than 30 states of the federation including the FCT has increased the number of displaced persons in the country and the number keeps rising.

According to the International Organization for Migration Displacement Tracking Matrix (IOM DTM), a total of 12,298 people were displaced in the Guma, Makurdi, Buruku, and Agatu LGAs of Benue State due to flood caused by the dam release in September 2022 alone.

Internally Displaced Persons most times live in existing campsites or start their own in open spaces they consider safer than the communities they left behind, as finding shelter is not always easy.

Internally displaced persons and IDP camps’ biggest challenges are insecurity, finding shelter, ways to make a living, and how to access basic services like schools and healthcare. Also, the lack of support from the government further worsens their situation, including the lack of financial and emotional support and medical supplies.

What really happens is that a lot of them die of heart attacks, some run mad due to depression, and very few recover from the incident that caused them to be displaced.

Part of their biggest challenges is trauma which occurs as a result of becoming homeless and helpless. It is traumatic because nobody plans to be homeless or feel helpless in society.

Other challenges are the loss of network with others in their communities. Sometimes, even family members are disconnected, and schooling is disrupted, with children, women, disabled and old people being affected psychologically.

What can government do?

Government should provide safety for displaced persons while making efforts to make their homes and communities safe again for them to go back to, resettle them, or provide them with financial support to enable them find a better place to live.

Non-Governmental Organizations (NGOs) can only give what they can afford and with the increasing number of displaced persons, the government needs to step in with more support for displaced persons.

There should be a provision to empower displaced persons, especially the women and girls who wait for the men to provide for them in cases where the men are present.

While it is important to empower them so they can cater for themselves, it is equally important that the government provides them with better living conditions and rehabilitation so that they can live among people in society and make it a priority for their children to go back to school.