The 45 year-old Asabe Japheth has a dream of becoming a midwife. But due to her financial background, her dream was not becoming as realistic… 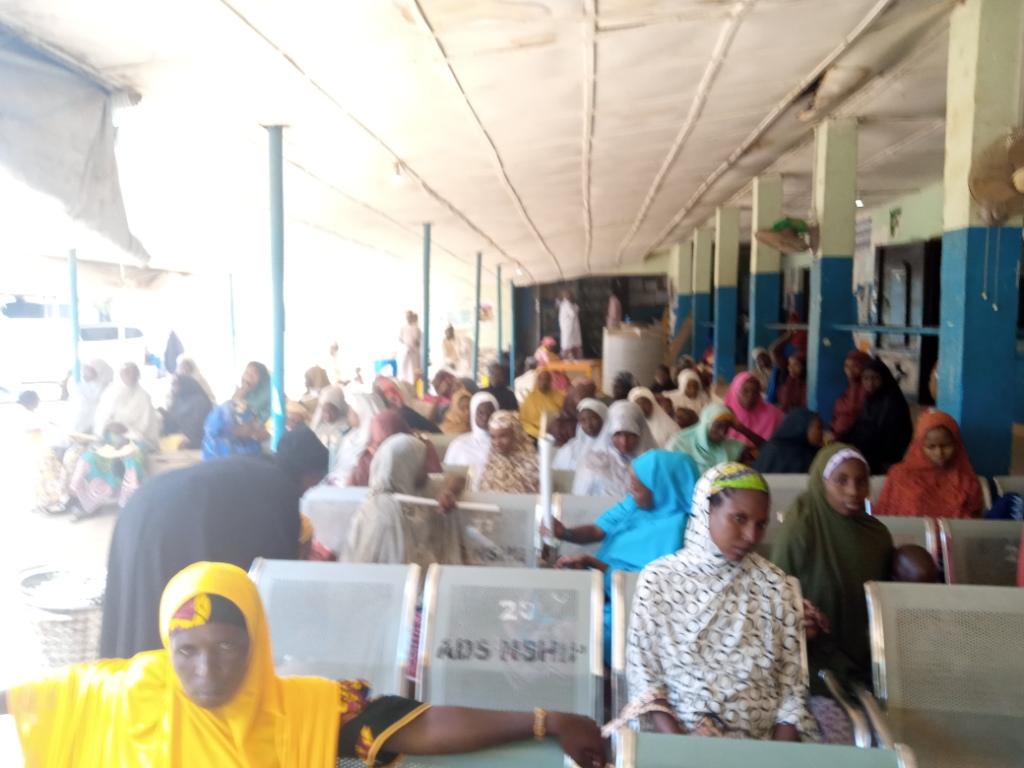 The 45 year-old Asabe Japheth has a dream of becoming a midwife. But due to her financial background, her dream was not becoming as realistic as she had thought it would be since childhood.

All efforts made proved abortive in the pursuit of knowledge for actualizing her dream of becoming a renowned midwife someday.

However, Asabe was determined to take the bull by it horns in order to realize her dreams. She was able to start work with the Nana Asma’u Primary Health Center (PHC) where she worked as an assistant midwife, trying to learn all the methods involved in ensuring women deliver newborns safely.

She said that due to the lack of efficient hospital equipment and medicine, the low turn-out of women at the PHC was discouraging, until a glee of hope arrived, courtesy of the EU/UNICEF intervention on the Maternal, New-born Child Health and Nutrition (MNCHN).

The intervention, a collaborative initiative of the European Union (EU) and the United Nations Children’s Fund (UNICEF), provided trainings for midwives in some selected communities in Adamawa state.

For Asabe, she was happy to be among the beneficiaries trained on Pathology and other related topics which has sharpened her skills on the job. According to her, Pathology in pregnancy is an integral part of diagnosis offered to patient throughout the pregnancy trimesters.

Speaking on how she carry out her duties, Asabe explained that they (midwives) have a pathology forms to fill each time a pregnant woman comes for delivery which indicate the safety signs, dangers and when to refer a pregnant woman to the Federal Medical Center (FMC) in Yola, the state capital.

Due to her zealousness at work and commitment to the training received, Asabe eventually became a birth attendant at the Nana Asma’u PHC, courtesy of the EU/UNICEF intervention.

The overseer of the Nana Asma’u PHC in Yola-South, Dr. Hadiza Suleiman, described pathology in pregnancy as the monitoring of movement and breath of the baby in the womb “whether it’s normal or not by using a stethoscope to know the progress of labor in women during delivery.”

Hadiza noted that due to poverty, some of the pregnant women do not come to the PHC with delivery kit. “All they care about is safe delivery and not minding the needs of the baby. However, that was taken care of after the intervention; a complete delivery kit is offered to any pregnant woman who had a safe delivery,” she explained.

She said the engagement of EU/UNICEF cannot be overemphasized as there have been a large turnout throughout the PHCs in the state and has broaden the horizon of their staff in tackling issues of emergencies in pregnancies.

Commenting on the intervention, a Ward Community Development person (WDC), Muhammed Isah Tukur, said it has improved the hygiene and way of life of the people as there has been a decrease in disease outbreaks because women have been enlightened on hygiene, ante-natal care and the importance of immunizations.

A birth attendant at Bako ward, Florence James, said that women around the ward had encountered lots of challenges due to pregnancies, pointing out that abject poverty was one of the major challenges faced by many families in the area. “The overwhelming majority of them can hardly afford a three-square meal before the intervention,” she added.

She explained that some have inadequate blood to push through labor, noting that that can be attributed to poverty.

Florence narrated a frightening incidence she witnessed on the job, saying it was a complicated case of a twin pregnancy.

“The husband of the pregnant woman came knocking the PHC doors at the middle of the night and pleaded that I should go and attend to his wife.

“When I got to the house, I asked the woman of her hospital card which reads ‘Nana Asma’u PHC’ but noticed that she had gone for ante-natal only once – since the first trimester.

“When I asked her why she couldn’t finish her ante-natal care (ANC), she said the husband was recalcitrant and adamantly refused to allow her go for ANC.

“I suggested a scan but unfortunately, the woman said they cannot afford such since it involves money. Then, I ultimately prepared her for delivery which took about one and half hour.

“I thought that was all when delivering the placenta until I sighted the second baby trying to make his way out,” she told Daily Trust.

Florence explained that she initially became terrified on seeing the situation, noting that she was however able to deliver the second baby successfully, due to the training she had received from the EU/UNICEF programme.

The Facility Manager of Wuro Hausa ward, Naomi Amos, said the intervention has helped tremendously in the provision of adequate equipment for all the PHCs in the state including drugs, iodine, Goss, cantata, wash-hand basins, delivery beds, pregnancy strip and Vitamin C, etc.

She urged the EU/UNICEF to sustain the intervention, especially by providing adequate ANC medicines which are on high demand.

Also speaking with Daily Trust, a community leader and WDC, Muhammed Salih, said the major challenge faced by Adamawa communities is poverty “as one will be surprise when some were asked to pay a paltry sum of N100, which one cannot afford to pay, for a particular medicine” (drugs that would have been given free, courtesy of the intervention).

“Some find it difficult to afford even a meal but with the help of the intervention, pregnant women and children are taken care of,” he added.

He commended the EU/UNICEF for the intervention, which according to him, is preventing and saving thousands of lives amongst the communities.

The District Head of Yola–South local government, Muhammad Ahmad Mustapha, lauded the effort made by the intervention which has enlightened his community on the importance of ante-natal care and malnutrition.

He called on his people to always give necessary support whenever such interventions come to the community.