How death of friends exposed rot in Niger hospitals

The deaths of a former Chief Press Secretary and Commissioner for Information in Niger State, Danladi Ndayebo, and a Special Assistant to the Senate President,… 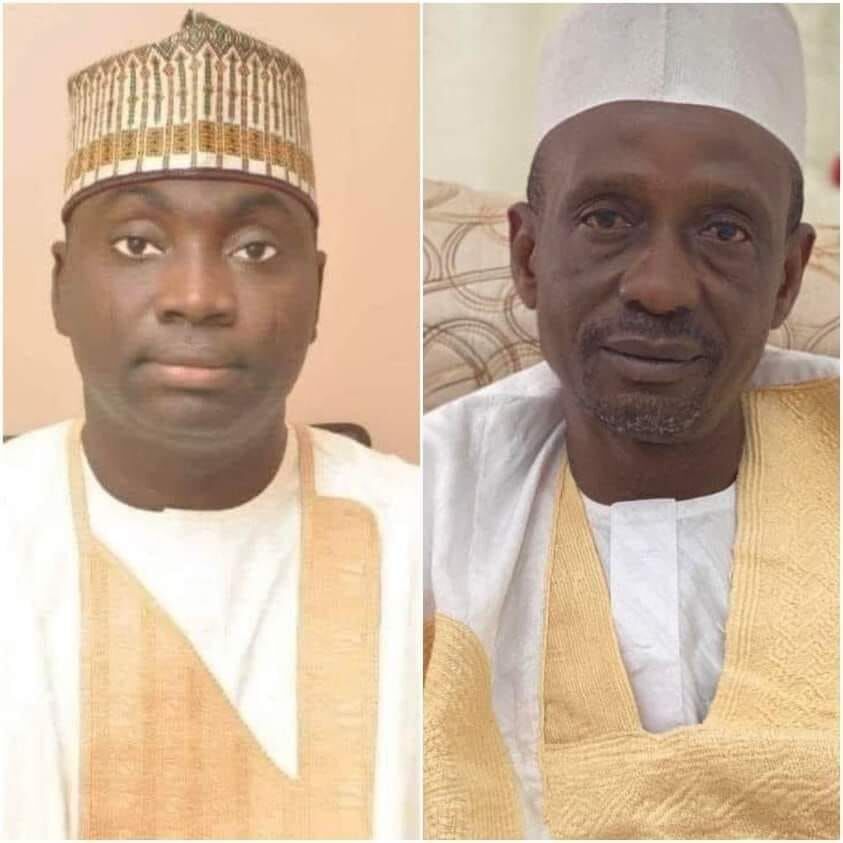 The deaths of a former Chief Press Secretary and Commissioner for Information in Niger State, Danladi Ndayebo, and a Special Assistant to the Senate President, Mohammed Isa, have brought to the fore the rot in medical facilities across the state.

The two sustained injuries in a car crash along the Minna-Suleja road.

However, reports said they died as a result of negligence by medical personnel and a lack of equipment to diagnose and treat their injuries immediately.

Danladi died on Monday, while Mohammed died on Friday of the same week.

Danladi’s younger brother, Usman Mohammed Ndayebo, told Daily Trust that his brother and Mohammed were not attended to at the IBB Specialist Hospital, Minna, 13 hours after the accident.

He said they were only given an injection to relieve them of their pain four hours after arriving at the hospital.

“I arrived at IBB Specialist Hospital around 9:30pm, and found that they had not been left unattended. Later, a man came in. He said he was waiting for some drugs and injections. After about 30 minutes, he came back and administered some injections. He said it was a pain reliever.

“They were not attended to again until the following morning, even though they had complained of pains throughout the night.

“In the morning, it took the intervention of Professor Kuta Yahaya for my brother to get attention around 11am.

“We learnt that although x-ray and scanning machines were functioning, nothing was done apart from the injections and drips that were administered.

“So, it was Professor Yahaya’s intervention that got the x-rays to be done,” he said.

Mohammed added that they were later told that Danladi would have to undergo surgery.

“When doctors came around 11am the following day, they told us that the Intensive Care Unit was not working but that of General Hospital, Minna, was functional. Therefore, we should move him there for the surgery.”

He explained that Mohammed, who was left at the IBB Specialist Hospital, was also moved a day later to Minna General Hospital for proper care.

Another source said Mohammed was also left unattended and was only operated on on Friday and moved to Abuja for more treatment.

“He was accompanied by a nurse to Abuja after the surgery even though his situation was critical,’’ the source said.

The Secretary to the State Government, Ahmed Ibrahim Matane, also confirmed that he had received reports that the two victims were not attended to in a time when they were brought to the hospital.

“I was only called in the morning to be informed that late Ndayebo and one other patient were taken to IBB Specialist Hospital in the night and unfortunately, by the morning, when I was called, there was no single doctor to attend to them as victims of accident.

“Unfortunately, the following morning, when he was attended to, he took his last breath some hours later,”  Matane said.

He said the government was concerned that such negligence happened in a public hospital that ought to have responded professionally to such emergencies instead of with levity and negligence.

He said a committee has been constituted on the directive of the state governor, Abubakar Sani Bello, to find out the circumstances that led to the death of Ndayebo, establish whether or not there was negligence on the part of the hospital or its personnel, and review the operations of IBB Specialist Hospital to identify professional deficiencies.

However, investigation by Daily Trust revealed that the cases of Ndayebo and Mohammed are just one out of many, as many other patients have suffered the same fate over the years, largely due to the dearth of medical personnel in such facilities across the state.

According to the investigation, many patients, including pregnant women in labour, have died at the hospitals due to a lack of manpower to render services, especially those brought under emergency.

It was gathered that in some hospitals, a single nurse is assigned to attend to over 20 patients at night when the few doctors available had closed for the day.

Idris Mohammed, who said he was once taken to Minna General Hospital after being involved in an accident, said he had a terrible experience while there.

“I remember, we were asked to buy hand gloves, which we did. But it took nurses several hours to even touch me. And it took the doctor two days to attend to me. Each time my brothers asked of the doctor, they were told by nurses that his number wasn’t going,” he said.

A father, Mr Nathaniel Sunday, whose son underwent surgery for stomach related ailment, at the Minna General Hospital, told our correspondent that the nurses who handle emergencies at the hospital are students on internship.

“Even doctors that come here are those on housemanship. We are not saying that they shouldn’t learn, but leaving everything to them is not good,”  he said.

Sunday, who said he spent a week while his son was on admission, narrated how he watched two doctors on housemanship struggle to save the life of a boy who was brought to the hospital’s Accident and Emergency unit, but the boy died hours later.

He lamented that experienced doctors attached to the accident and emergency unit rarely came around to check on patients while matrons and nurses with experience only dished out orders to students on internship. “A patient who is between life and death is left in the hands of students; it is bad,” he lamented.

An investigation by Daily Trust revealed that the dearth of manpower is more acute at IBB Specialist, Minna General Hospital and Jummai Babangida Maternal and Neonatal Hospital.

A source said: “It is the medical officers that are always on ground, as the consultants hardly come. They are always at the ministry.”

The sources said that out of about 500 doctors in the state, 39 doctors and 800 other medical staff have left to seek greener pastures in the last two years alone.

“Those are not the total number we have in the state, but those are the ones that are always on ground to work day and night. For you to say this is a general hospital, you need a minimum of seven doctors,” one of the medical doctors, who pleaded anonymity, said.

“We have complained several times, asking the government to employ more hands. Doctors are leaving Niger State and the reason is lack of promotion.

“There is also no enabling environment. There are no welfare packages compared to other places. No serious doctor would like to come to work in Niger State,” he said.

The Niger Chairman of the Nigeria Medical Association, Mohammed Yusuf, confirmed the dearth of manpower in the state hospitals.

He said it is a source of concern to the association as the remaining few doctors have been overstretched, noting that some doctors worked from morning till evening.

A doctor with IBB Specialist Hospital told our correspondent, on condition of anonymity, that there was no single doctor managing the Accident and Emergency Unit of the hospital.

“In the IBB Specialist Hospital, the gap is so wide that the people who just finished their housemanship are the ones manning the accident and emergency unit of the hospital because.

“To me, the government is not making any effort to even employ because if they want to do that, they would have done so more than two or three years ago to fill the gap.

“I can categorically say that, this year, we lost nine doctors from our facility. Three were consultants; one of the consultants was an urologist, and he is the only urologist working with the state government.

“We lost him to the Federal Medical Centre, Bida. The other one is a plastic surgeon, and he is the only plastic surgeon working with the state government.

“We also lost him to the Federal Medical Centre, Bida. We also lost a Consultant, Family Physician. She currently works in Abuja,” he said.

“Prior to that, we also lost many doctors from IBB Specialist Hospital. The dearth of manpower in the hospital is a terrible thing,” he added.

He said the hospital also lacked working tools to carry out some examinations, especially during emergencies.

“As a doctor, you might require some sophisticated tools to work with to make impact on patients positively, but you are now left with the option of sending patients to Abuja or other places and waiting for the results. It is not encouraging.”

The Executive Director, Niger State Hospitals Management Board, Dr Ibrahim Abdullahi, confirmed the dearth of manpower in the state hospitals.

He said dozens of doctors had pulled out from the services of the state due to poor working environment and security threat.

“In fact, majority of them left without even notifying the hospital management board or the state until after they had assumed work in their new places of work,” he said.

When contacted the Commissioner for Health, Dr Mohammed Makusidi, said the issue was a nationwide problem.