How Bruce Onobrakpeya passes down legacies through informal art education 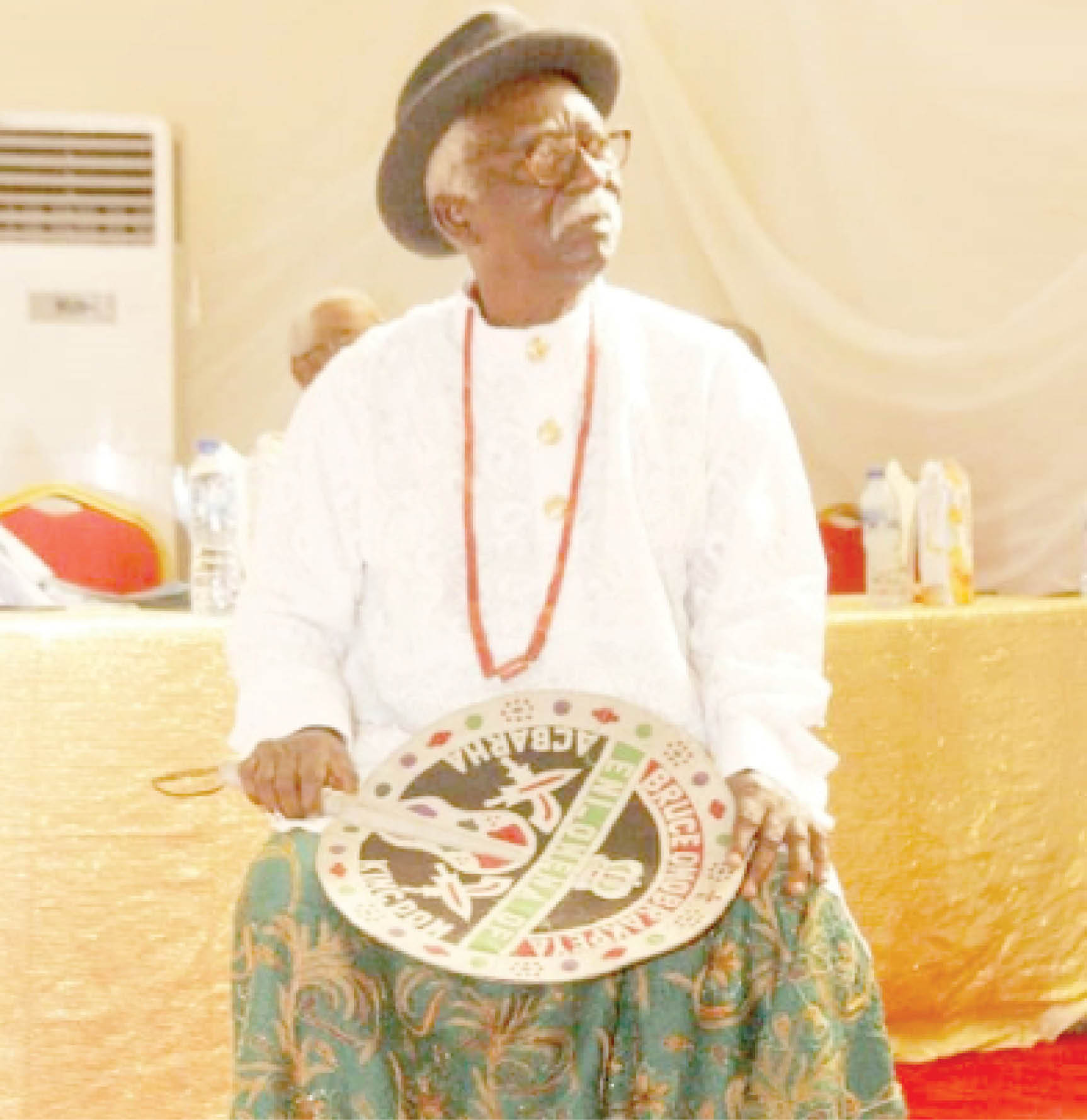 Bruce Onobrakpeya exhibited some of his works at the University of Abuja while presenting the 2022 Award Winners’ Lecture as a recipient of the meritorious award of Nigerian National Order of Merit (NNOM). He got the award aimed at promoting and rewarding academic and other achievements in 2017. The nonagenarian, as expected of all laureates of NNOM, delivered an Award Winners’ Lecture that focused on his Harmattan Workshops.

Bruce Onobrakpeya is a world-renowned master printmaker. The painter, sculptor, poet and pioneer in modern African art is no stranger to art globally. The living legend has won several awards including the Living Human Treasure awarded by the Federal Government of Nigeria in collaboration with UNESCO. His works are found in iconic places around the world including Vatican Museum, Rome; the Museum for African Art, Washington; the Tate Art Gallery London.

Inside sorry state of Benue library

But the Delta State-born, whose contemporaries include the late Yusuf Grillo, holds something more important than the awards – mentorship having benefited from the mentorship of Ben Enwonwu, Nora Majekodunmi and others.

This inspired him to set up an informal art training workshop where younger art enthusiasts are trained in a relaxed, free atmosphere without the stiff setting associated with formal art schools and academies.

He said the Harmattan Workshops, held at the Onobrak Art Centre, is an informal art school in Delta State. It is an educational set up designed to help, develop and sustain creative endeavours in the arts, particularly the visual arts.

The recipient of the Nigerian National Order of Merit (NNOM) while presenting the 2022 Award Winners’ Lecture, a prerequisite for all NNOM recipients by the Nigeria National Merit Award at the University of Abuja, demonstrated the importance of mentorship and how he had consciously been passing his legacies to younger generations through an intense art training session which he tagged Harmattan Workshops.

Titling his paper, “Informal Art Education through Workshops: Lessons from Harmattan Workshops,” he said the most important gain of the Harmattan Workshops is that it provides a platform that brings together artists of different backgrounds and levels of development.

“Harmattan Workshops is an informal set-up where artists meet, think, experiment and share ideas. They are designed to help develop and sustain creative endeavours in the arts, particularly the visual arts,” he said, adding that the Harmattan Workshops is run under a non governmental organization, the Bruce Onobrakpeya Foundation, and governed by a Board of Trustees on which he served as the chairman.

The establishment of the Onobrak Art Centre where the Harmattan Workshops hold dates back to 1984 when he acquired a seven-acre on the outskirts of Agbarha-Otor. Though development started in 1998, the centre has been transformed with modern and traditional art facilities.

He said the centre also houses the Onobrak Museum where artists see and learn first hand from a collection of experimental works which are spread over the walls and floors of the main building. On display, he said, are works from participants of the Harmattan Workshops and most importantly his collection of art and crafts as well as contemporary African artworks.

Onobrakpeya through the Harmattan Workshops revive art forms whose techniques were almost completely lost to current and coming generations of Nigerian artists. Among these techniques are the Esie stone-carving which he said was facilitated at the workshops by Dr Oladapo Afolayan of the Auchi Polytechnic. He said blacksmithing which was facing extinction has been reintroduced by John Crawford, an American facilitator from New York.

“During the 24th Harmattan Workshops, one of female facilitators spent the entire period demonstrating the lost art of mat weaving as practised in Urhobo land.

“We are currently engaged in restoration and re-installation of Yusuf Grillo’s majestic Altar Pieces which were torn down from all Saints Church, Montgomery Road, Yaba, Lagos. When completed, we will re-engage with the aesthetic and spiritual beauty which the two panels generate,” he said.

He said the Harmattan Workshops is fulfilling a major objective of helping to discover, train and encourage talented young people in Nigeria to hone their skills, creative strengths and insights.

“The goal is to correct the general perception or misconception in our society, where art is not regarded as a serious or viable career or socio-economic preoccupation and therefore a part of our heritage, worthy of highest regard,” he said.

He said participants at the Harmattan Workshops are reviving traditional culture, including festivals which have suffered some decline.

He said he runs the centre with a certain percentage from his art sales, grants and support from individuals, corporate and international organisations. He, however, said funding is inadequate, adding that the centre needs new and properly equipped studios, fair remunerations for facilitators, and other members of the workforce.

Despite the challenges, he expressed his desire that the Harmattan Workshops would someday put Agbarta-Otor on the global cultural stage.

“The Mbari Mbayo art workshops and Duro Ladipo Theatre created cultural awareness and the atmosphere that helped to draw attention to the Osun Festival and the artworks of Susanne Wenger and other artists that eventually made Oshogbo a world heritage site. I envisage the same thing happening in Agbarha-Otor where the tallest masquerades in Africa performed every 15 years,” he said.

He also exhibited some of his works to the admiration of guests including the Vice Chancellor of the University of Abuja, Prof Abdul-Rasheed Na’Allah.

The Vice Chancellor commended Onobrakpeya for his contributions to art and living an exemplary lifestyle. He urged students to follow his footsteps.

Also, the Minister of Special Duties and Intergovernmental Affairs, Senator George Akume, eulogised the contributions of Onobrakpeya to art education.

Senator Akume, who was represented by Prof Bolaji Babalola, said art can be focusing for some because it is a vague word which encompasses a wide variety of practices which involves expressing one self in different ways such as music, theatre, sculpture.

“But the focus here is fine art which is especially visual art whose products are to be appreciated aesthetically or for their intellectual content or both,” he said.

He said the exhibition provided scenes that depicted social harmony and appreciation of diversity and portrayed how art provides peace and unity.

The Chairman Governing Board NNMA, Prof Shekarau Yakubu Aku, said 79 distinguished Nigerians were bestowed the prestigious NNOM awards between 1979 and 2022.