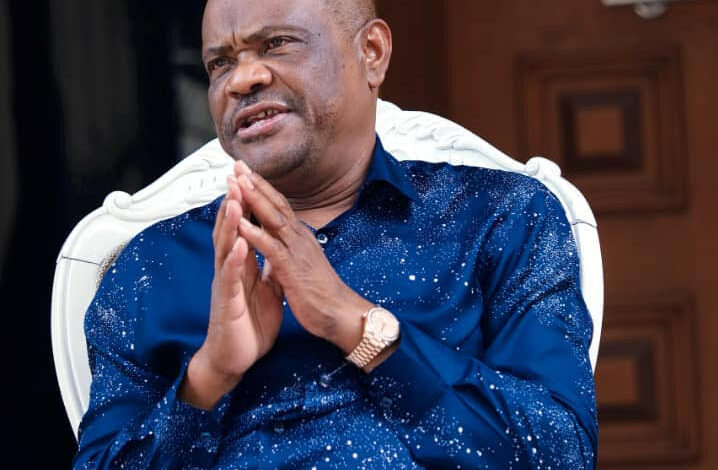 Rivers State Governor Nyesom Ezenwo Wike yesterday narrated how the presidential candidate of the PDP, Atiku Abubakar, rejected the plea of former President Goodluck Jonathan in the buildup to the 2015 general elections.

Wike has been feuding with the camp of Atiku since he lost the party’s presidential ticket and was not considered for the vice presidential slot.

He was peaking during the inauguration of the Akpabu-Itu-Omudiogha-Egbeda road in Ishimbam, Emohua LGA, commissioned by Governor of Ebonyi State, David Umahi.

Wike said Jonathan went to the chieftains of the PDP and pleaded with them to return and work to ensure that the party won the 2015 election but that they refused, insisting that he relinquished the ticket to them.

“In Dorchester Hotel (London), he (Jonathan) went to plead with this our presidential candidate today, Atiku Abubakar, to say please my brother come back to the party and support me.

“You know the condition they gave to Jonathan, he should relinquish his ticket not to run as president of Nigeria. That was a sitting president and presidential candidate of a ruling party,” he said.

Governor Wike wondered why people are now calling for his head because he and other governors that made up the Integrity Group are demanding that PDP national chairman, Dr Iyorchia Ayu, relinquish his position.

Umahi described Wike as a true nationalist who has ceaselessly built bridges across the country to foster unity.