At the tender age of eight, Muhammad Shamsudeen Aliyu Mai-Yasin, popularly known as the “Young Sheikh” has already memorised the Holy Qur’an and started to… 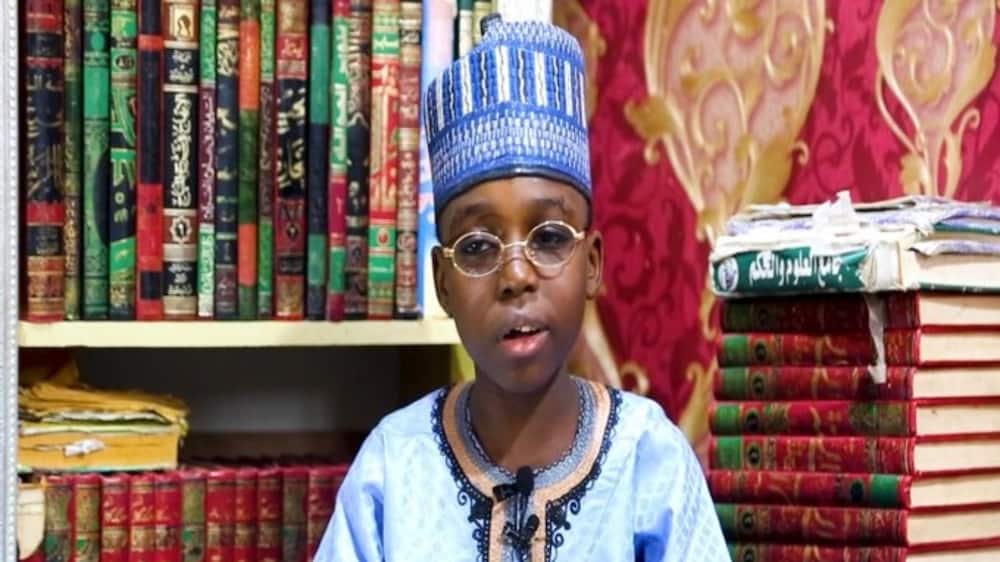 At the tender age of eight, Muhammad Shamsudeen Aliyu Mai-Yasin, popularly known as the “Young Sheikh” has already memorised the Holy Qur’an and started to interpret it.

A primary four pupil and native of Zaria in Kaduna State, Mai-Yasin is a genius who wants to be an Islamic scholar and a lawyer.

It was learnt that the Mai-Yasin started learning Qur’an as a toddler from his father and was enrolled in school at 2.

In an interview with Daily Trust, he shared how he received special tutoring from schoolteachers, with more than a tutor teaching him a subject.

He said, “I was three years old when I memorised the Holy Quran. I’ve never played any type of game in my life. Whenever I see a group of people reading any book, whether of western or Islamic education, I feel so happy. And what makes me sad is whenever I’m ordered not to do research.

“I would like to advise young children to work hard and seek knowledge, as narrated in one hadith where the Prophet said, “The memorisation of a young child is like an inscription on the rock.”

Mai-Yasin, who began Tafseer – Quran interpretation – last year, said he was ready to go the whole hog to pursue his ambition of becoming a scholar and a lawyer.

He said, “Firstly, the scholars teach the message of Allah and also Prophet Muhammad (SAW) said, “Deliver what I came with, even one verse.

Mai-Yasin said he looked up to prominent Islamic scholars such as Imam Shafii, who became a scholar right from childhood, adding that memorisation was an easy task for him.

He stated, “What I want people to know is that the greatness of the Qur’an is bigger than anything else. Sometimes we find handouts that have less than 10 pages difficult to memorise, but you memorise the Qur’an.

“Islam doesn’t specify the age you must reach before you memorise the Qur’an. Take a look at some of the prominent Islamic scholars such as Abdullahi Bn Abbas, Zayd Bn Sabit, Aisha (RA) and many more scholars like Imam Shafii, were scholars from childhood, so I want to imitate them, even though I can’t be like them, because, one scholar said, “Try to imitate the greatest people even though we can’t be like them, but trying to be like them is the best way.”