A 24-year-old housewife, Rukayya Mustapha, has been murdered in her home at Dambare area of Kano. Dambare area is one of the neighbouring communities of the… 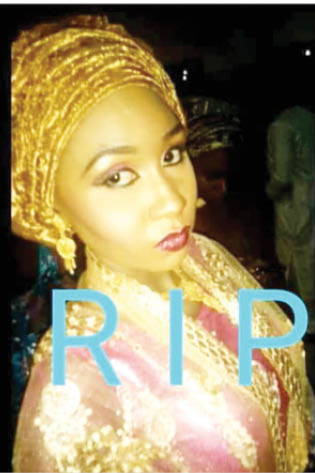 A 24-year-old housewife, Rukayya Mustapha, has been murdered in her home at Dambare area of Kano.

Dambare area is one of the neighbouring communities of the new campus of the Bayero University, Kano and has a large students’ population.

City & Crime gathered that the slain woman was found to have been slaughtered in her home Saturday night while her husband was away.

Her children, ages three and one, were said to have been beaten ruthlessly by yet to be identified assailants.

Speaking to City & Crime, the victim’s uncle, Kasim Ahmed, said he got a call from her husband victim around 9pm informing him of the incident and that they were on their way to the Murtala Muhammad Hospital were his niece was confirmed dead and her children are being treated.

“I am her guardian, who gave her out in marriage. I was called while I was at home that she had been killed.

“When I got there, I saw her inside the car lying down dead.

“The perpetrators of the crime are still unknown as she was found dead lying in her room in her own blood. Only God knows when it happened because even the blood has dried on her body.

“Secondly, her hand had stiffened and can no longer be straightened. So no one knows when it even happens. Her husband, Jamilu Abdulqadir first saw her in that condition when he came back home in the night.

“There’s a mortar the assailants first used in hitting her on the head. They hit her on the head at two different places. They also hit her three year old son with the same mortar and he is currently unconscious in the hospital. She has two kids, the last child is just one year and a couple of months.

The Kano state police command could not be reached for comment as at the time of filing this report as several phone calls to the spokesman of the command did not connect.