House Speaker, Nancy Pelosi, the top Democrat in Congress, on Friday, called Joe Biden the “president-elect” of the United States after he pulled ahead in… 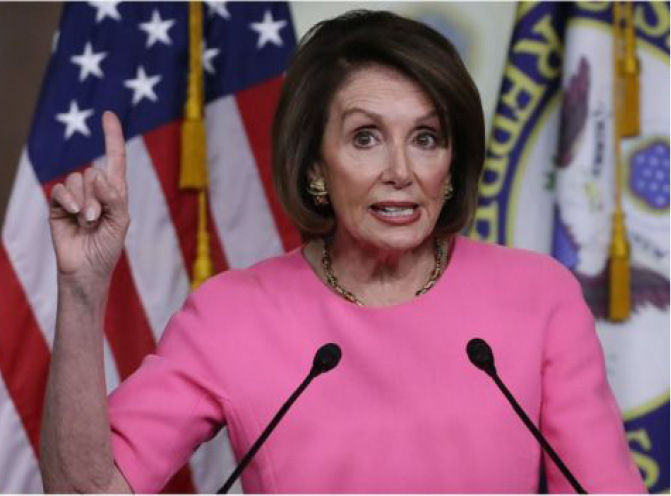 House Speaker, Nancy Pelosi, the top Democrat in Congress, on Friday, called Joe Biden the “president-elect” of the United States after he pulled ahead in key election results.

“This morning, it is clear that the Biden-Harris ticket will win the White House,” Pelosi told reporters after Biden overtook President Donald Trump in the potentially decisive state of Pennsylvania.

“President-Elect Biden has a strong mandate to lead,” she said.

It is “a happy day for our country.

“Joe Biden is a unifier, because he is determined to bring people together.”

Pennsylvania would be enough to put Biden past the magic number of 270 votes in the state-by-state Electoral College, which determines the presidency.

Biden also took a razor-thin lead in votes counted from Georgia, which Trump, until late in the campaign, did not consider to be in play.

The Democrat has stopped short of declaring victory but said he expected that he and his vice presidential pick Kamala Harris would triumph.

Trump has angrily made unsubstantiated claims of fraud and sought to halt vote counting after prematurely declaring victory himself following the close of polls Tuesday.

Biden’s performance came despite projections that Democrats will lose several seats in the House of Representatives, a major disappointment for the party which had hoped to expand its majority.

Pelosi played down the losses but said that the next House election in 2022 “will be a steeper climb” without Trump on the ballot.

The party of the president nearly always loses seats in Congress in the first midterm election. (AFP)