The re-election bid of the member representing Biu/Bayo/Kwaya/Kusar/Shani Federal Constituency of Borno State, Hon Muktar Betara Aliyu, has received a boost as a most of… 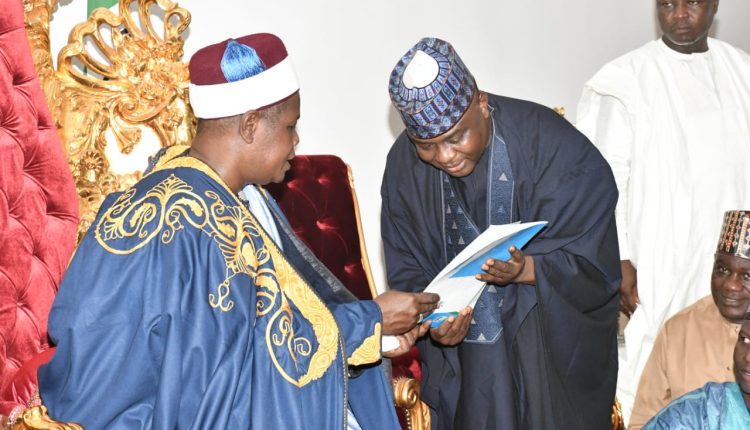 The re-election bid of the member representing Biu/Bayo/Kwaya/Kusar/Shani Federal Constituency of Borno State, Hon Muktar Betara Aliyu, has received a boost as a most of his constituents converged in Biu Local Government Area of Borno State to declare their support for him.

Betara, who received the nomination form purchased for him by his constituents, was also endorsed by the Emir of Biu, Mai Mustapha Biu, for positively transforming the lives of his people.

Adamu Garba resigns from APC, says party has no plan for Nigeria’s future

Speaking during a visit by Betara to the Emir’s palace, the monarch described the support for the lawmaker as unprecedented.

He said it was the first time constituents contributed money to buy a form for a politician in appreciation of the positive impact made on their lives, adding that the lawmaker had done so much for the community.

The Emir added that in just one year, Biu had witnessed a massive positive transformation due to the lawmaker’s intervention and the same to Kwaya Kusar, Bayo and Shani Federal Constituency.

The lawmaker was accompanied by some of his colleagues, which include Senator Haliru Jika, Rep. Umar Bago, Rep. Ahmed Jaha, and Rep Kabir Tukura, among others, who all hailed the lawmaker’s performance.

Speaking at the event, the member representing the Damboa/Gwoza/Chibok Federal Constituency of Borno State, Hon Ahmadu Jaha, declared his support for Betara’s re-election and to emerge the next speaker of the 10th House of Representatives.

Also declaring support, a constituent, Hajiya Hauwa Zainab Umar, said, “We are here to receive Betara in respect of what he has done for us. He has done very well in terms of infrastructure, empowerment, education and so many things. We are proud of him.”

Betara, while responding, expressed appreciation for the support from his constituents, assuring them that he would do more for them if re-elected.