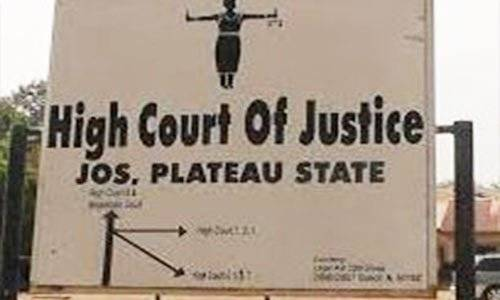 Kwallu’s removal has been controversial for sometimes now, following the manner in which he was removed from office.

It would be recalled that he was suspended for three months by the Speaker of the Plateau State House of Assembly over issues regarding awarding of contracts and suspension of some counsellors.

The chairman was then purportedly impeached by some local government legislative members, amidst an investigative panel.

But the court said the chairman was not granted a fair hearing.

She also ordered the fourth defendant, Abdulmalik Yusuf Haruna, to vacate the office with immediate effect.

In her ruling, she said, “It is highly unfortunate that the conduct of the proceedings of the panel was within a week. There is no how that the panel should have afforded the plaintiff the right to respond to these allegations against him.

Justice Musa directed the immediate release of three official vehicles which were in the custody of the court to Kwallu.

‘The matter was keenly looked into, and the impeachment can be described as a stage-managed drama. That is why I painstakingly look into this issue carefully without overlooking anything so that nobody will feel cheated,” she added.

Reacting, Counsel to the plaintiff, Sunday Ekara, said the outcome of the case was commendable, adding that their prayer also included the restoration of the chairman’s accruing benefits and privileges forthwith.

Meanwhile, the reinstated chairman, Isaac Kwallu, while responding to questions from newsmen gave thanks to God, his supporters and people of Qua’an Pan for their support.

Counsel to the defendants, J. Mantu, commended the judge for a logical judgment, saying that the ruling was so surgically, well dissected, and that it was the first judgement he has ever stayed this long.