The extent to which mistrust, conflicts, fights, displacements and killings have threatened the Nigerian entity and mostly Northern Nigeria calls for a radical thought that… 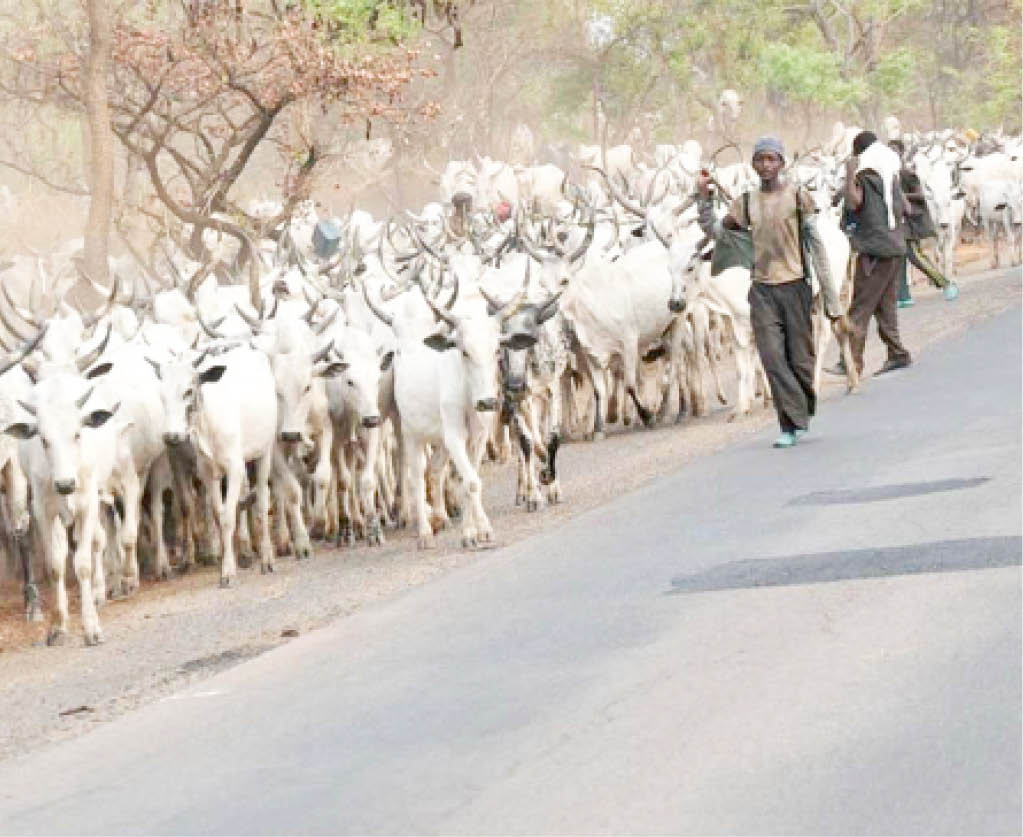 FILE PHOTO: Herdsmen with their cattle

The extent to which mistrust, conflicts, fights, displacements and killings have threatened the Nigerian entity and mostly Northern Nigeria calls for a radical thought that will lead to concrete actions in bringing this situation to an end.

This will then lay a solid foundation for peaceful coexistence. It is important to understand the circumstances that partly brought Nigeria and its people to this quagmire with livelihood and security consequences.

The majority of the Fulani, the ethnic group at the centre of this imbroglio, are pastoralists; either sedentary or nomadic. While a good number of them practice their trade as sedentary (aka town Fulani) a sizeable percentage practice nomadism/transhumance, it is the latter that are now seen as the dreaded herdsmen.

Herdsmen in the current Nigerian lingo need no further explanation, but there is the need to understand the context of their existence and attempt to forge a truce between them, the communities and the environment in which they operate in order to attain sustainable development.

To a beginner, pastoralism is a very productive activity that commands a sizeable percentage of the global GDP. It is critical to many countries’ economies, including New Zealand, Australia, Argentina, China, Mongolia, Turkey and most of Central Europe. Closer home in Africa, its contribution to GDP represents 10 per cent in Mali, nine in Ethiopia and about 8.5 in Uganda. In a nutshell, pastoralism contributes between about 8.5 and 44 per cent of the GDP of African countries. In most cases, pastoralism represents a way of life and a (transhumance) system of production based on the mobility of both humans and animals. In some of these countries, it has become a controlled movement and management of this natural resource. In Nigeria, it is the movement of Fulani, cattle and some sheep. In this process, the ecological factors that support this lay the basis for success or otherwise. It also facilitates the environment, economic and social aspects of existence, therein emphasising the notion of sustainable development. In addition to human factors that can make this to succeed, the climate change factors cannot be overlooked. But I will take up on climate change in a later article.

It is, however, noteworthy to infer that pastoralism or herding, in this case, can be competitive, profitable and beneficial to biodiversity and natural resources.

It is also important to note that wherever pastoralism exists, there is a plethora of activities. The multifunctional nature of this trade brings impacts to social, economic and environmental aspects on the places that it transcends, and if it is not handled well and is not accommodated into the mainstream economic development framework and strategic livelihood of people, it results in conflicts, thus posing security challenges as we have seen in many countries globally and closer to home in the Sahel and lately on home soil in Nigeria.

As a result of this, many lives have been lost, property destroyed, trust between people have eroded and the future is bleak.

It is, therefore, necessary to situate pastoralism and the activities of the Fulani in the context of development policies and the posing security challenges.

Traditionally, the herders or nomadic pastoralists have superior knowledge of the terrain as they embark on the seasonal movement of livestock along a grazing area corridor from one place to another. It is now necessary to seek rather than reject them.

The rising conflicts between herders and local people; where they exist, have become deadly. There are many vices that are alluded to herders (rustling, kidnapping, extortion, to mention a few). As a major security concern, this conflict has defied all logic and has now metamorphosed into an ethno-regional catastrophe that has already polarised the psyche of the people, neglecting the eco-climatic aspects that have been here and that are set to continue if not addressed.

Although I do not claim to proffer a one-off solution for the eradication of the current conundrum, there are few ways in at least containing the situation while identifying strategies for a wholistic development that will result in a win-win situation.

Many other people can proffer solutions and identify the way forward. My take will be part of the following: As an immediate action, therefore,, the priority should be to deploy enough security units to areas where clashes have occurred and mayhem unleashed; The perpetrators of violence should be brought to justice regardless of their status or ethnic allegiance. Specifically track and disarm ethnic militias, whoever they may be; and identify long-term plans for a comprehensive reform of pastoralism as a major economic sector.

This will also come with a vision to improve access to products, services and markets for pastoralists and herders and their offerings. In this way, conflicts will reduce.

Marafa is a Professor of Geography, Resource Management and Tourism  at the Chinese University of Hong Kong.