The Women in Petroleum and Natural Gas Senior Staff Association of Nigeria (PENGASSAN), Kaduna Zone, has called for more help form the Persons Living with… 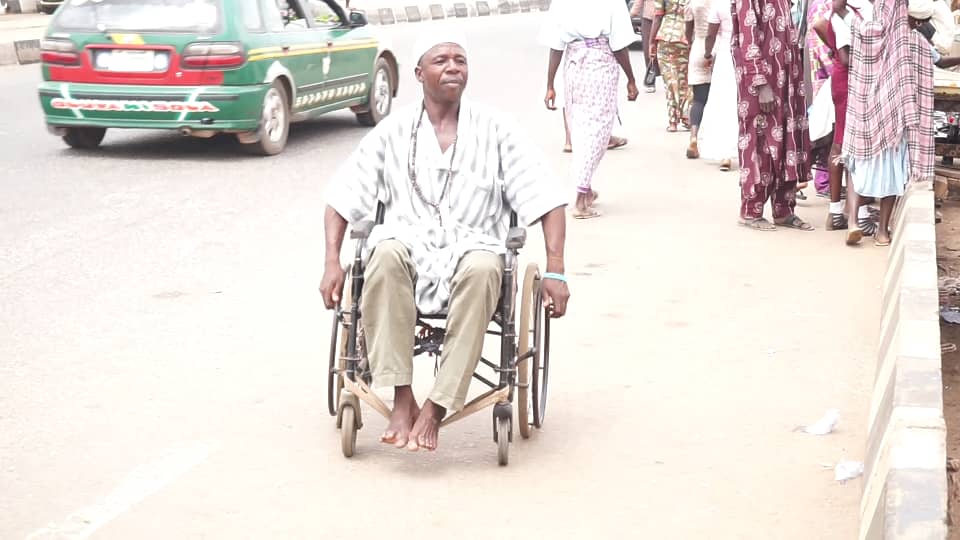 A man with disability at Sango ota, in Ogun state. International Day of People with Disabilities, IDPWD, is celebrated annually on the 3rd of December. The Theme for 2019 is “The Future is Accessible”. Photo: Abbas Ibrahim Dalibi.

The Women in Petroleum and Natural Gas Senior Staff Association of Nigeria (PENGASSAN), Kaduna Zone, has called for more help form the Persons Living with Disabilities (PWDs) in the interest of national development.

The Chairperson Women in PENGASSAN, Kaduna Zone, Comrade Hasiya Hassan Audu, made the call yesterday while speaking with our correspondent.

According to her, many PWDs have contributed and many others are still contributing to various segments of the society and can do more if the society played their parts.

Her call was coming on the heels of the FCT School for the blind children, Jabi Abuja, which on Sunday held its maiden graduation and magazine launch.

“We are here as mothers to celebrate with the children and give them courage that even without site, there is vision and even when they cannot see the stars, there can reach the stars and even beyond, we believe that learning is for every child and no child should be excluded,” Audu said during the event.

The event was sponsored by the PENGASSAN, Kaduna Zone, See Hear Initiative (SHI) and other partners.

On her part, the School Administrator, Lady Rose Ngunan Ugande, said that 21 students graduated in the event, which was the first since the establishment of the schools.

According to her, 15 of the students were graduating to secondary school while four were moving to universities.

“I have told them (graduants) that, here is the FCT School for the blind only and that they are going to meet all-inclusive students in their next level of education and I told them to be resilient such that whatever they are doing should be to the best of the knowledge, so that nobody is going to cheat or pity them. They are not out there to be pitied, they are out there to achieve what others can achieved too,” Uganden said.

Also, the Deputy Director Programmes, Federal Radio Corporation of Nigeria (FRCN), Abuja Operations, Ms Philomena Nweze, said the SHI was also supporting the event due to the importance of the wellbeing of the visually impaired.

Ms Nweze, who is also blind, told the graduants not to expect others in the society to lower their guards for them, because of the challenges, but to be resilient and achieve their own set goals.