There is tight security across the states of the federation and the Federal Capital Territory (FCT) as Muslims celebrate the Eid el-Kabir today.  While Nigerians… 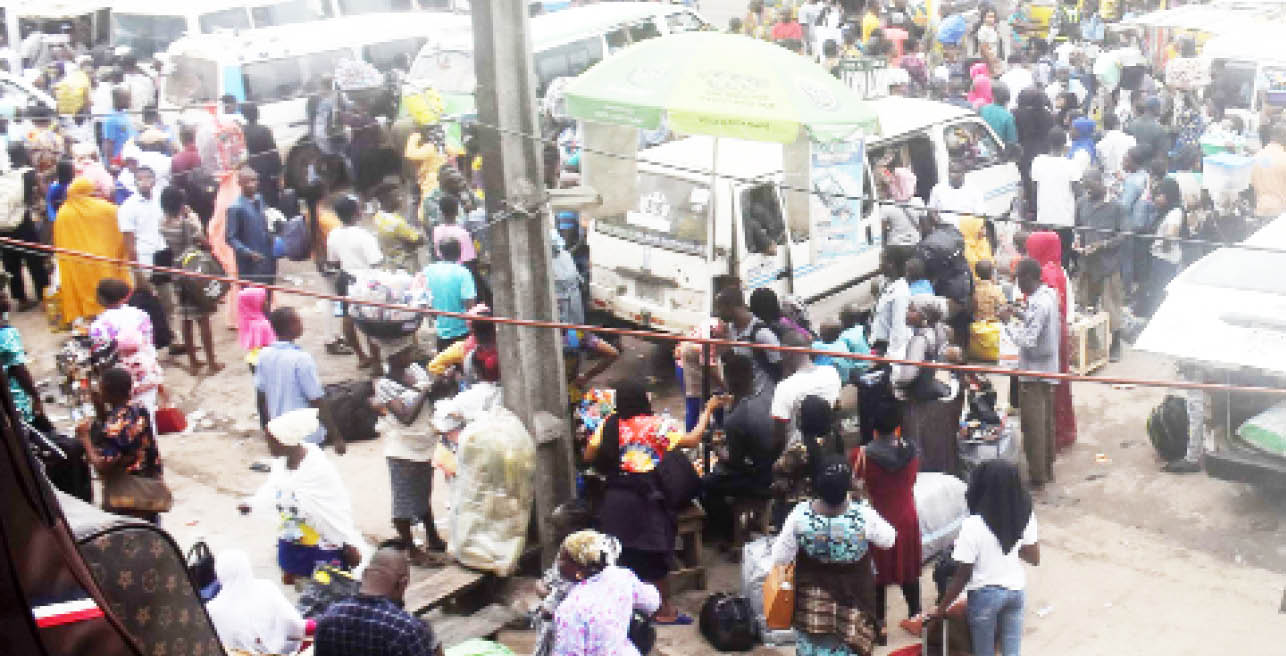 There is tight security across the states of the federation and the Federal Capital Territory (FCT) as Muslims celebrate the Eid el-Kabir today.

While Nigerians have enjoyed hitch-free celebrations over the years, growing insecurity and the recent jailbreak in Abuja, where scores of terrorists were freed, have kept people on alert.

The police in Edo and Kaduna also deployed 13,426 personnel, while security agencies had put in place measures to ensure that Nigerians celebrate in peace.

Other measures put in the place by the police in states include restriction of vehicular movements, ban of firecrackers and clampdown on armed people to worship centres.

The Edo State police commissioner, CP Abutu Yaro said 3,426 men and officers of the command were deployed to improve the security of lives and property during and after the celebration.

Also, the commissioner of police in Kaduna State, Yekini A. Ayoku, called on residents to take their personal and family safety seriously.

He said over 10,000 personnel were deployed to worship centres, markets, critical national infrastructures, recreational centres, major highways and other public spaces in the state.

The police, in a statement by the public relations officer of the command, DSP Mohammed Jalige, said the deployment was from its manpower and logistical resources, comprising conventional, tactical and intelligence assets, all aimed at ensuring that the celebration is hitch-free in the state.

The Borno State police command also restricted vehicular movement between 7am and 12:15pm today. The police said the restriction, though regretted, would include the use of motor vehicles, tricycles and bicycles except for those on essential duties. It also said it would clamp down on youths who carry knives and other weapons to prayer grounds or recreational centres.

The commissioner of police in the state, CP Abdu Umar, who disclosed this yesterday in a statement signed by its public relations officer, ASP Sami Kamilu, noted that the command had made adequate security deployment of officers and men across the state for effective security coverage throughout the celebrations.

The Muslim faithful are advised to pray at eid grounds close to their homes and ensure they go early enough for security screening. Parents who go to prayer grounds with their children/wards are equally advised to take proper care of them to avert incidents of missing children. In addition, youths who carry weapons are, by this release, warned to desist from such act or face the wrath of the law,” CP Umar stated.

Also, the commissioner of police in Kogi State, Edward Egbuka, urged residents to remain security conscious during the celebrations.

Egbuka, in a statement by the command’s public relations officer, SP William Ovye Aya, assured residents of the readiness of the command to sustain its efforts against criminals terrorising the state, especially during the Sallah celebration.

Meanwhile, President Muhammadu Buhari has assured that he would not rest until Nigerians get relief from him in view of the current security challenges and cost of living in the country.

The president gave the assurance in his Eid-el Kabir message to Nigerian Muslims and other citizens.

“I am quite aware of the difficulties people are facing, and I am working to resolve them,” he noted in a statement issued by his Senior Special Assistant on Media and Publicity, Malam Garba Shehu.

President Buhari expressed hope that this eid would be a source of blessing, peace, prosperity and safety for all Nigerians, stressing that coexistence and stability would prevail in the country.

The president, who called for more patriotism to build a better Nigeria, appealed to Nigerians to put the interest of the country above selfish interests and “use religion as a motivation for the love of our common humanity.”

He stated, “The exploitation of the people by traders and the stealing of public funds by civil servants and other holders of public trust is a reflection of the abandonment of the teachings of our religions.

“Our society is a bundle of contradictions. People display external religiosity without the fear of God; they make life difficult for others. Money becomes their god. Leaders abandon their oaths of office by taking money meant for the welfare of the people and diverting it to their private pockets.”

Meanwhile, in his Sallah message, the presidential candidate of the Peoples Democratic Party (PDP), Atiku Abubakar, urged Nigerians to remember that the celebration is about sacrifice, love and hope.

Atiku, in a statement he personally signed, noted that the hardship in the land and the harrowing experiences people go through to survive, and the pervasive lack of unity amongst Nigerians, were the reasons Nigerians must have a sober reflection on the state of our nation as they mark this year’s Sallah.

“Selfless sacrifice and communal love as exemplified by Prophet Ibrahim and his son, Ishmael, should guide us as we submit ourselves and needs to the will of Allah.

Also, the PDP in a statement by its spokesman, Debo Ologunagba, urged the All Progressives Congress (APC)-led government to end its lethargic approach to issues and seek help to tackle terrorism, address the “worsening economic, social and health situations, revamp our productive sector and attend to the crisis in our education sector so that students in public universities can return to their studies.”

The Niger State governor, Abubakar Sani Bello, has also called on the Muslim faithful in the state to use the occasion to offer special prayers against the insecurity bedevilling the state and Nigeria as a whole.

The governor, in a Sallah message through his chief press secretary, Mary Noel-Berje, stated that there was a need for citizens to renew their commitment to the pursuit of peace and progress in the country, pointing out that the society would only be a better place to live in for everyone if there is relative social equilibrium.

The Taraba State governor, Darius Dickson Ishaku, felicitated with the Muslim Ummah in the state and Nigeria. He urged Muslims and other religious adherents not to relent in their prayers and support for government efforts to contain the rampant cases of kidnapping, gun attacks and killing of innocent people in all parts of the country.

On his part, the Ogun State governor, Dapo Abiodun, called for a moderate celebration, urging Muslims in the state to ensure they also share goodies with the less privileged.

Abiodun, who stated that the country was going through challenges, called on the adherents of Islam to use the festivity to offer prayers for Nigeria, particularly on security and economy.

Also, the Speaker of the House of Representatives, Femi Gbajabiamila, has felicitated with Muslims on the celebration of this year’s Eid-el-Kabir, and called on all Nigerians to unite and confront the challenges facing the country.

In a statement signed by his special adviser on media and publicity, Lanre Lasisi on Friday, he called on Nigerian Muslims, especially those participating in this year’s hajj, to redouble their prayers for the country.

He stated, “At a time like this, it is incumbent on the people to be united to face the challenges confronting the country,” the Speaker stated.

Gbajabiamila noted that the period called for sacrifice and commitment to the course of the Almighty Allah.

He stated that he was optimistic that with prayers, Nigeria would overcome her challenges. He also called for special prayers for the peaceful conduct of the 2023 general elections.

The Minority Caucus in the House of Representatives also called on Nigerians to use the occasion of this year’s Eid-el-Kabir to pray for the country, as well as reignite their trust in God and sense of patriotism towards nation-building.

The caucus urged Nigerians to use the occasion to eschew all parochial proclivities and reinforce the virtues of selflessness, love and care for one another despite the prevailing ugly economic, social and security realities in the country.

Also, in his Sallah message, the PDP governorship candidate in Gombe State, Mr Muhammad Jibrin Barde, urged Muslims in the state to exercise absolute faith in Allah and emulate the resilience and steadfastness as exemplified by Prophet Ibrahim.

Barde, who is on a holy pilgrimage to Mecca, stated that the festivity, which is symbolised by the slaughtering of rams as commanded by Allah, should be used to further foster unity and spread love in the state and Nigeria.

He added that despite the challenges in the state, the Eid-el-Kabir should serve as an opportunity to supplicate and seek the face of God for restoration.

The PDP governorship hopeful in the next general elections noted that the festivity was a significant one in the tenets of the Islamic faith, but urged that celebrants should do so modestly across the state.

He assured that plans were in place to change their living conditions with improved welfare under his administration with the help of Almighty Allah.

“Eid-el-Kabir is a significant one in the tenets of the Islamic faith, so I urge all my brothers and sisters in Gombe State to continue to put their absolute trust in Allah and share whatever they have with one another in imitation of Prophet Ibrahim.