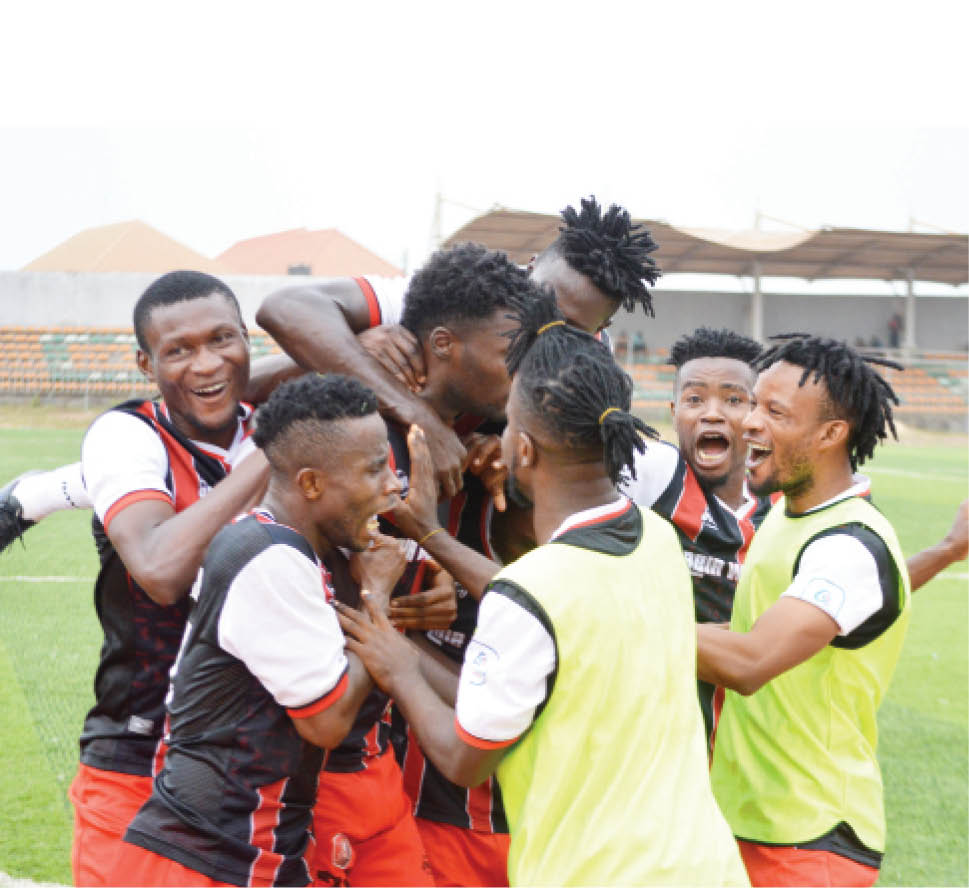 The two week-10 matches decided on Monday at the Okigwe Township stadium in Abia State ended in favour of Heartland FC and Abia Warriors who recorded crucial home victories over their opponents.

While Heartland piped visiting Lobi Stars 2-0 in the opening game of the doubleheader, Abia Warriors laboured to a 1-0 victory against Enugu Rangers to keep their hope of survival alive.

Heartland showed their intent to win against Lobi Stars early in the match when Bright Onyedikachi’s attempt in the 10th minute came off the crossbar before it was hurriedly cleared out by the visitors.

Ten minutes later, Heartland had another glorious opportunity to go in front but Emmanuel Adachi instead skied his attempt over the cross bar.

Mustapha Aliko in goal for Lobi Stars was forced to make two impressive saves in quick succession before he was booked in the 25th minute for time wasting.

Heartland continued to pile pressure on Lobi Stars defence and the resulting free kick in one of such dangerous incursions was expertly converted by Chidera Eze in the 38th minute for the opener.

In the second half, Heartland continued their search for more goals as Lobi Stars also came out of their shell to look for the equaliser.

But it was Samuel Nnoshiri who doubled the lead for the hosts in the 58th minute.

Lobi Stars then made double substation in the 63rd minute bringing on Daniel Emmanuel for Aliko Mustapha and Abdulkareem Mumini for Thomas Zenke.

Goalkeeper Emmanuel then made the save of the match in the 85th minute to save Lobi Stars from more misery.

In the second match of the day, which by all standards was the more entertaining of the two, Abia Warriors’ Paul Samson scored a brilliant goal from 25 yards in the 23rd minute to hand his side the maximum points.

Enugu Rangers then turned the heat on the struggling Warriors but the Imama Amapakabo tutored side held on for their second victory in 10 matches.