Hawking: A glance at one of Arewa’s problems

Hawking is one of the most common forms of child labour in Nigeria; yet, it’s been forgotten and neglected. In fact, it has become part… 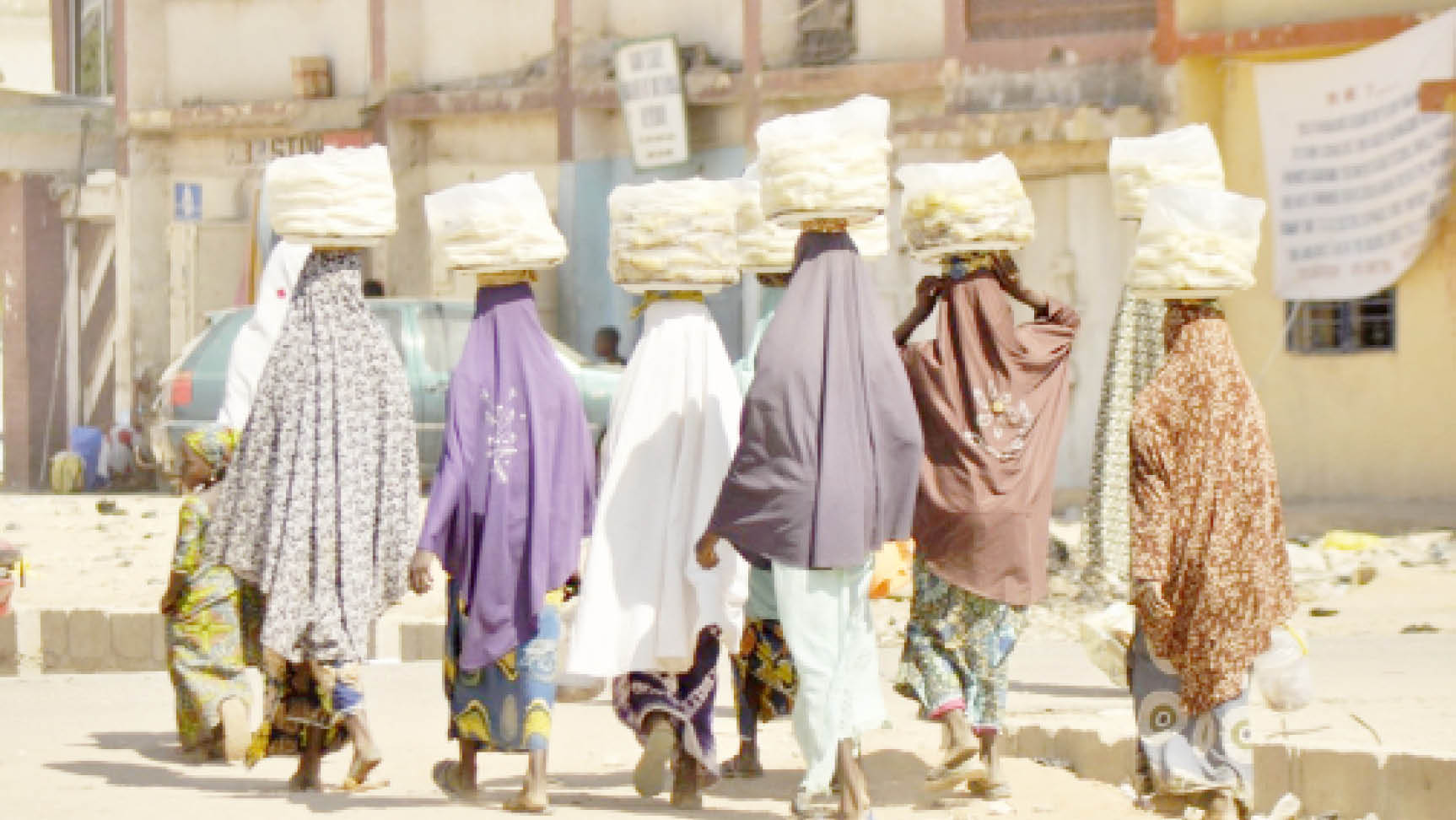 Girls of school age hawking on streets of Kano

Hawking is one of the most common forms of child labour in Nigeria; yet, it’s been forgotten and neglected. In fact, it has become part of the norm of modern day societies.

Sadly, it is more rampant among the girl-child which often results in the involuntary recruitment of many prostitutes and immoral mothers due to their high vulnerability to emotional and physical abuse.

According to a report by the Nigeria’s National Bureau of Statistics and UNICEF, more than half of 79 million children between the ages of 5 and 17 are put to work, including in hazardous conditions.

And, according to the most recent statement by the International Labour Organization (ILO), at least 43% of Nigerian children are trapped in various forced labour despite its ban by international conventions it. The statement further unveiled that children as young as 5-10 years are being put to work.

This shows that in every 3 Nigerian children, more than one is involved in forced labour, hawking inclusive.

There have been arguments as to whether hawking should be banned or modernised. Some view it as an opportunity and should be encouraged that modernised. They even went further to state its economic benefits, especially of tackling idleness and reducing the rate of unemployment.

Some even suggest the need to bring innovative thinking into the system, by giving the hawkers the opportunity to run shops in alloted streets where hawking can be allowed.

Many of us reading this must have witnessed such practices, they must have been approached by a young girl in one of the filling stations, security checkpoints or gridlock chanting “Mallam za ka sayi gyada; za ka sayi pure water, Hajiya a kawo kwai ne, Oga I get cold drinks, Alhaji akwai burodin tsaraba fa” and so many statements in similar language.

Apart from this, take a look at our workshops; carpentry, tailoring or welding; nearly all of them have a fixed young lady selling food to the worker there. Most of these young women get vulnerable to abuses inimical to religious beliefs, cultural and societal values in such settings. This is why I am always surprised when I read comments on Gender Based Violence (GBV) advocacies overlooking hawking, even when it is obviously part and parcel of the problem.

It is without doubt that hawking activities have many visible negative effects on the children including but not limited to, depriving them of school opportunities; forcing them to acquire immoral values and behaviours; exposing them to violence, physical, emotional and mental harm. It also traps them in intergenerational cycles of poverty.

As for the root of hawking, poverty has been widely accepted to be the major cause. Most of the time, mothers have been more associated with the act of sending their children to hawk. Despite tagging mothers to be the most caring people due to their unconditional love for their children, they still send them to hawk. This can only be explained by the popularly known African proverb that says “When you see a rat running into a fire, then know that what it is running away from is hotter than the fire.”

Hawking among children should, therefore, be completely banned by making alternative provision for their mothers.

This would undoubtedly create sustainable and decent means of earning a living for mothers and in return, save the children. It is believed that an empowered and self-reliant mother saves a vulnerable child than anyone else even if it is his father.