Kogi State Governor Yahaya Bello has claimed that President Muhammadu Buhari has done well and has made Nigeria better than some developed countries. He made… 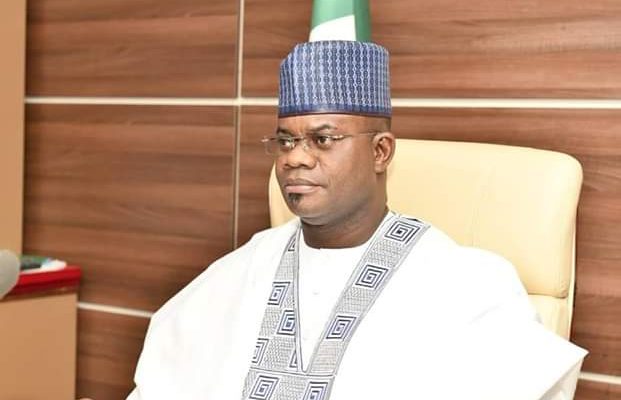 Kogi State Governor Yahaya Bello has claimed that President Muhammadu Buhari has done well and has made Nigeria better than some developed countries.

He made this statement on November 15, 2022, at the flag-off of the All Progressives Congress (APC) campaign at Rwang Pam Township Stadium in Jos, Plateau State.

Yahaya said of Buhari: “You have done so well in terms of infrastructure and our economy. You inherited it when there were recessions and challenges around the world.

“Today in Nigeria, we are better than so many countries, including developed ones. It is under this wonderful APC, that you gave women, people and youth living with disabilities a chance to have a voice and belong.

“Your Excellency, you have done it from 2015 to 2019, from 2019 till date – you are going to handover to Asiwaju Bola Ahmed Tinubu so he can continue to replicate what he did in Lagos and what Alhaji Shettima did in Borno State across this country.”

Verification: In verifying Yahaya’s claim, Daily Trust took a look at some key indices as criteria for determining whether Nigeria’s infrastructural development is doing better than some developed countries, and if it is doing well in general.

In Nigeria, over 30 per cent of the total population is facing serious housing challenges, while 80 per cent of the country’s 206 million people live in informal housing, plagued by problems of poor quality and inadequate infrastructure.

And most of the issues centre around affordability, proximity and unavailability of other basic amenities such as power, water and good road networks.

In 2022, the unemployment rate in Nigeria is estimated to reach 33 per cent and chronological data show that the rate rose constantly in previous years.

According to the National Bureau of Statistics, the labour force population covers all persons aged 15 to 64 years who are willing and able to work regardless of whether or not they have a job.

The employed population was fixed at 46m; 20m for women and 26m for men. Individuals in informal employment were fixed at 43m, with 18m being women and 25m, being men.

Those in formal employment out of the active population of 122m is a meager 3m; with less than 1m for women and about 2.3m for men.

This leaves the number of unemployed Nigerians at 23m; 12m for women and 11m for men.

The crisis in Nigeria’s power supply affectswother aspects of infrastructural development like mining, agricultural activities, and the industrial sector, among others.

The national power grid has never experienced collapses as it has this year, showing that the country has a long way to go to improve the power sector.

But according to the National Bureau of Statistics (NBS), the country’s foreign debt stood at $11.41 billion dollars, while its domestic debts were N14.02 trillion respectively in 2016, amounting to N17.5 trillion.

However, Nigeria’s domestic debt stood at N20.95 trillion as of June 2022 alone. Data from the DMO revealed that domestic debt service in the first quarter of 2022 was N664.73 billion and N668.69 billion in the second quarter of the year.

Conclusion: Going by some of the parameters that show a country’s infrastructure and economic development are intact and comparing them with some developed countries from 2015 to date, Daily Trust can confirm that Yahaya Bello’s assertion that Buhari made Nigeria better than some developed countries in infrastructure and economic growth is inaccurate.