Prince Harry and his wife Meghan, the duchess of Sussex, have named their two-day-old son Archie Harrison Mountbatten-Windsor after showing him to the public for… 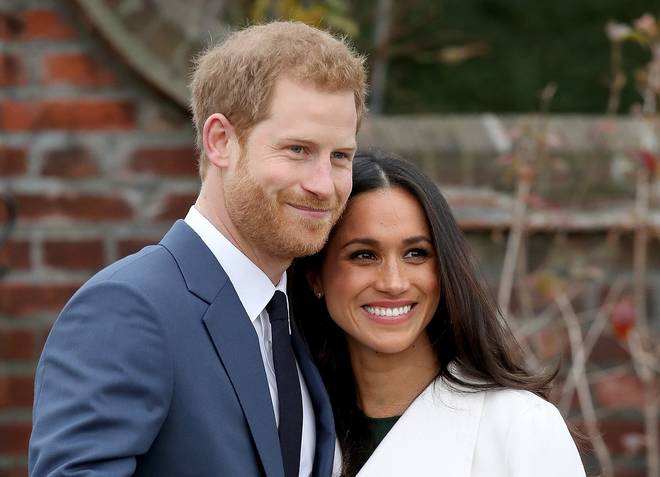 Prince Harry and his wife Meghan, the duchess of Sussex, have named their two-day-old son Archie Harrison Mountbatten-Windsor after showing him to the public for the first time on Wednesday.

Harry and Meghan announced the names on their official Instagram account but did not say why they chose them or whether the infant will hold any royal titles.

The queen’s husband, Prince Philip, and Meghan’s mother, Doria Ragland, were “also present for this special occasion,” they added, posting a black-and-white photograph of the group smiling at Archie as Meghan held him.

“He has the sweetest temperament, he’s really calm,” Meghan added.

“I wonder who he gets that from?” Harry joked.

Asked how he liked being a parent, Harry replied: “It’s great. Parenting is amazing.”

“It’s only been two and a half days, three days, but we’re just so thrilled to have our own little bundle of joy,” Harry added.

Archie, who is seventh in line to the British throne, is expected to hold dual citizenship of Britain and the U.S.

Congratulations have poured in from well-wishers in Britain and other countries, including many celebrities, since Meghan gave birth early on Monday to a boy weighing 3.26 kilogrammes.

Harry, 34, is the second son of the heir to the throne, Prince Charles.

Harry married former actress Meghan, 37, in a spectacular wedding at the royal Windsor Castle in May 2018.

The queen and Philip now have four children, eight grandchildren and eight great-grandchildren.

Prince William, who has three young children with his wife Kate, the duchess of Cambridge, welcomed his younger brother to “the sleep deprivation society” on Tuesday.

The queen’s grandfather, King George V, changed the royal family’s name from the German Saxe-Coburg-Gotha to Windsor – after Windsor Castle – in 1917 during World War I.

Philip also changed his name during World War I after his grandfather, Prince Louis of Battenberg, adopted the family name Mountbatten. (dpa/NAN)