Dear Readers, this will be the last of the Hajj Series Insha Allah. It is my hope that you may have learned a thing or… 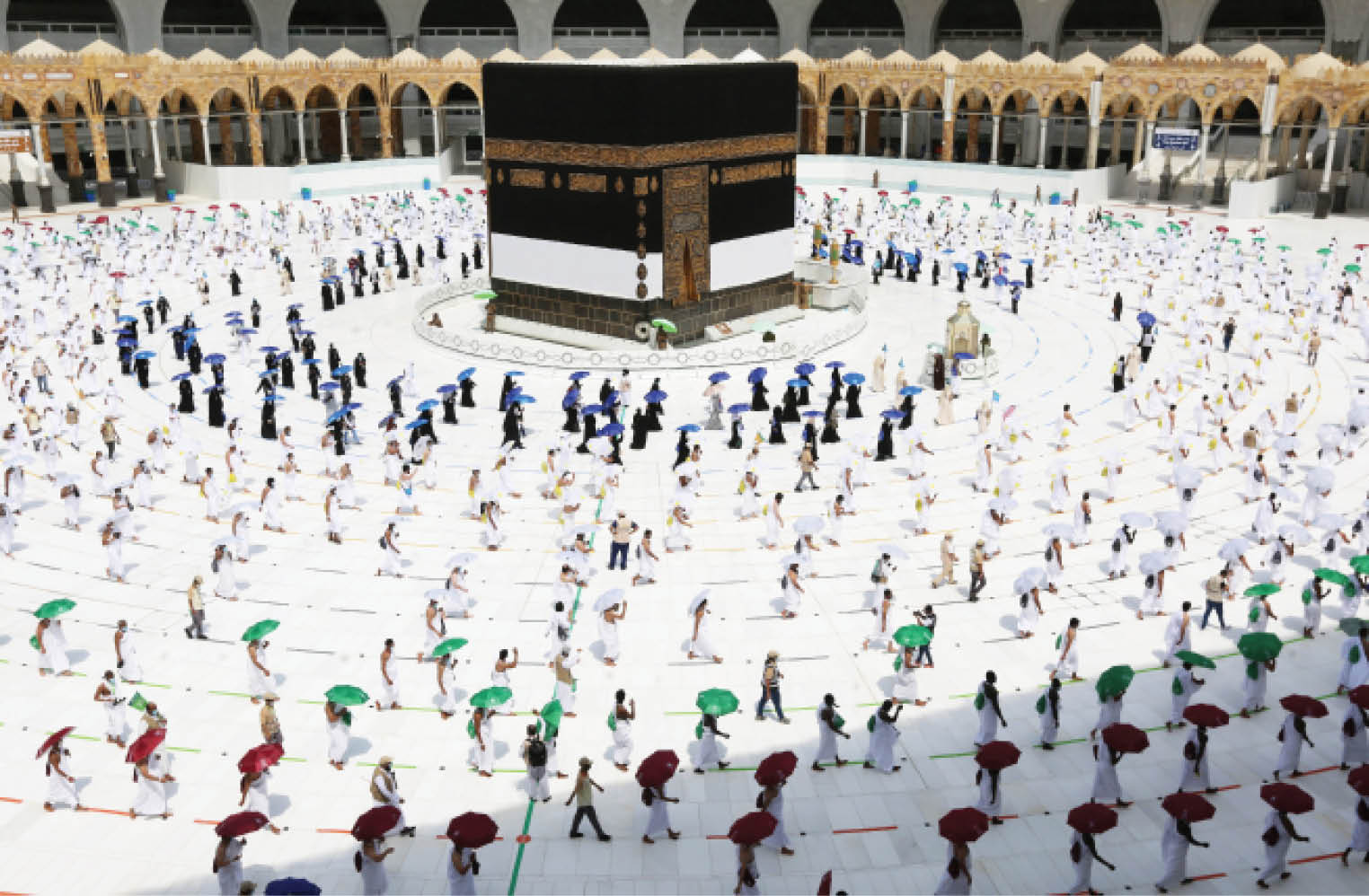 Dear Readers, this will be the last of the Hajj Series Insha Allah. It is my hope that you may have learned a thing or two about this sacred journey. To my avid non-Muslim readers, thank you for your patience as I rambled on and on about a subject that is dear to my heart. It is my hope also, that you have gained insight into why Muslims attach so much importance to pilgrimage. Next week, I shall return to discussing clinical cases and the socio-political climate of this APC government. But for now, bear with me as I analyse a secondary reason why some people come to KSA: Medical tourism.

Mecca, Saudi Arabia – Most pilgrims say they wait a lifetime before getting the chance to perform the Hajj pilgrimage. For Abubakar, the wait was 84 long years. For a lot of the elderly pilgrims like Abubakar, performing the Hajj at least once in their lifetime is to complete their duties in Islam given its status as one of the five main pillars of the religion. Therefore, the journey would be made at any cost.

The Hajj rites are strenuous, even for able bodied young people and so it did not come as a surprise when the elderly man slumped. With a background history of hypertensive heart disease, he was referred promptly to King Abdullah Medical City hospital in Mina. His luck turned around after immediately being rushed to hospital, where Saudi doctors trained specifically in cases involving cardiac surgery, performed his surgery.

When I congratulated him on the successful outcome of his surgery, he smiled and said:

‘Dr, imagine this happened in Nigeria? What would have happened to a poor man like me?’

I stayed silent. No need to wash our dirty linens in public.

He then confessed to me about his health. After suffering two heart attacks (Myocardial Infarctions) in Nigeria, his doctors told him that he would not likely survive the next one without surgery. The cost of surgery alone was up to N10m, excluding travel expenses and accommodation. A retired subsistence farmer, he had no way of covering the cost. The total of his life savings amounted to about N2m which he hoped to use for pilgrimage. He narrated his predicament to his neighbour, who had travelled for Hajj the previous year and it was this neighbour that planted the idea in his head. Take your money and travel for pilgrimage, he advised. While there, visit the hospital and complain about your health, all the treatment is done for free. Yours truly followed his advice and was successful.

This happened many years ago and since then I have come to understand one of the many reasons people come for Hajj. For the elderly, Hajj is a dual pilgrimage of life and medical tourism.

Every Hajj season, Saudi Arabia’s Health Ministry implements the “Save a Life program”, which offers free health services including surgeries like open heart, cardiac catheterization, and even childbirth delivery. A big perk for pilgrims is a surgery such as an angiogram procedure would usually cost around thousands of dollars is actually fully covered and insured during the Hajj period in Saudi Arabia.

This year, the ministry of Hajj and Umrah says they have deployed all their human resources to help pilgrims, appointing some 29,000 medical personnel on the ground as temperatures are set to reach a high of 45 degrees Celsius.

In 2019, prior to the global pandemic, Saudi Arabia provided more than 10,000 free health services to Hajj pilgrims, which included 468 open-heart surgeries and cardiac catheterisations, 93 endoscopies, 1,491 dialysis procedures and 536 other surgeries. In the US, the cost of one cardiac catheterisation without health insurance can be as high as $9,500, while the average cost of dialysis per patient annually in the country is around $46,000.

Some critics have accused pilgrims over the years of taking advantage of what they dub as “medical Hajj tourism” since treatments are free. There is a story of an Algerian who found out he was suffering late stage cancer during the 2016 Hajj and was allowed to stay at the hospital for nearly a year before being discharged after showing massive progress after treatment by Saudi oncologists.

The Saudi Government, however, claims that it is a duty upon it. “We treat anyone who comes into our hospital emergency room as equal and do not charge anyone during this holy month under the directives of the Custodian of the Two Holy Mosque. People from all over the world save throughout their lives to get the chance to travel so far to complete their religious obligation. They can’t help that their old age leaves them frail and vulnerable and we cannot reject any patient under any circumstances”.

Saudi Arabia’s King Salman said serving Hajj and Umrah pilgrims has been at the forefront of the kingdom’s priorities since its establishment and still is. “We are proud to continue this mission with the highest competency,” he said.

This year, Saudi Arabia set an age limit of 65 for those travelling to the holy city of Mecca besides deciding to increase the number of domestic and foreign Hajj pilgrims. This decision was based solely on COVID and to avoid an international embarrassment.

However, this has not deterred my Nigerian. Many old people have since forged a ‘declaration of age document’ thereby shaving years off their actual age. This scam is successful only if they do not look their age. Yet, it is not only the elderly who take advantage of Saudi’s generosity.

This year, I met a man in clinic who begged for a referral to King Abdulaziz hospital on account of an old injury he incurred five years ago. Ya hajji, how does an old fracture that resulted in a limp qualify as an emergency and thus a basis for referral? Another woman said she wanted to be referred on account of her uterine fibroid and infertility. Hajia, we are in a holy land, please go and pray; Allah will make a way out. How can you be stable and ask me to refer you for myomectomy? Do you know how many women are roaming around with their fibroids? Abeg, Go and Pray. God will give you twins, Insha Allah.

Another Fulani man came crying of tooth ache. At the risk of sounding bigoted (how can I be bigoted about my own kin?), a lot of rural Fulani people suffer from bad dentition (Is it the fura da nono?). Anyway, this young man came with massive holes in his molars which had turned black from decay. For a Fulani man to be crying openly in a foreign land, is a source of great concern. I did a little research and encouraged him to visit the dental unit of the hospital in Masjid al-Haram in Makkah. A few hours later, the new Alhaji had three molars removed and was given strong analgesics and antibiotics, completely free.

It therefore goes without saying that Muslims all over the world will continue to take advantage of Saudi Arabia’s generous medical care. They, in turn, will continue to be blessed by Allah SWT for this service they provide to pilgrims. May Allah SWT reward them and accept all our acts of goodwill, ameen.