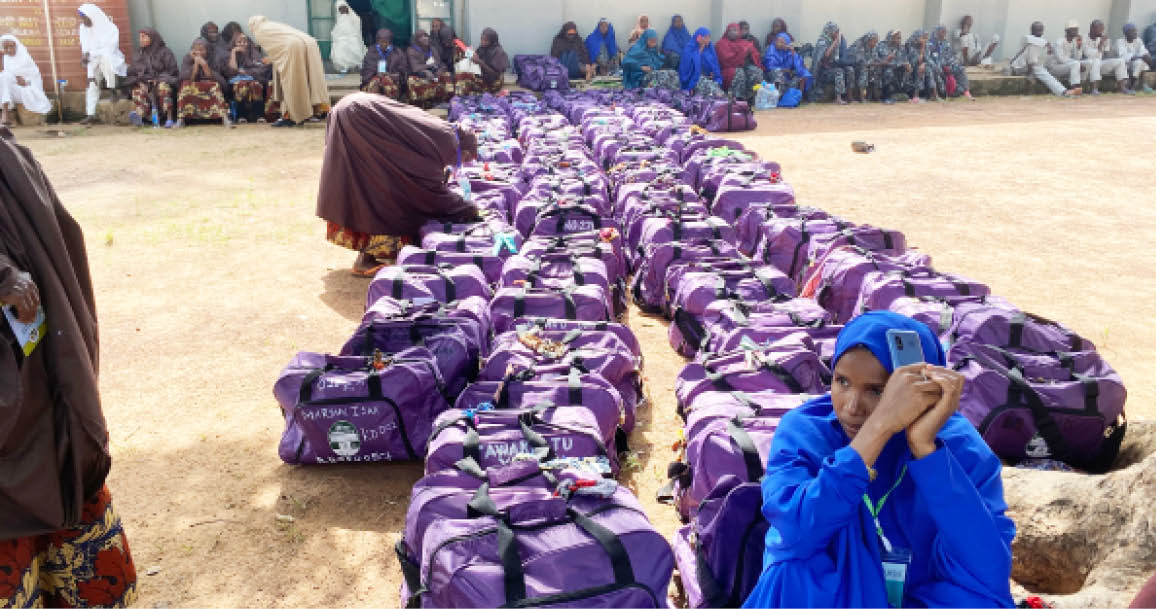 The last batch of about 94 pilgrims and officials who performed this year’s hajj exercise from Kaduna has returned home after spending at least six weeks in Makkah and Madina, Saudi Arabia.

They arrived at the Kaduna International Airport on Sunday at exactly 9:37pm.

Daily Trust reports that about 2,500 pilgrims from the state were airlifted by Azman Air in seven batches from the airport.

The Public Relations Officer of the Kaduna Pilgrims Welfare Agency, Alhaji Salisu Anchau, said among the returnees were the executive secretary of the agency, Dr Yusuf Yakubu Arrigasiyyu; director, administration and finance, Hajiya Hannun Zailani, and the director of operations, Alhaji Alhassan Abubakar, among others.

Speaking to newsmen shortly after his arrival at the Kaduna International Airport on Sunday, the executive secretary of the agency expressed delight over the successful conclusion of the 2022 hajj operations.

He gave thanks to Almighty Allah for giving them the opportunity to serve the people and for sparing their lives till the end.