Gunshots As Boko Haram burn down houses in Borno

Suspected members of the Boko Haram sect are currently in a gun battle with troops at Damasak in Borno State. The military had chased the… 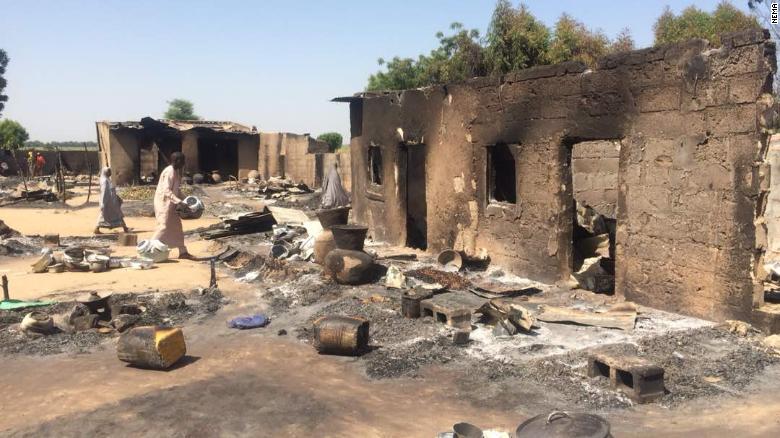 Suspected members of the Boko Haram sect are currently in a gun battle with troops at Damasak in Borno State.

The military had chased the insurgents out of the town but they returned in the early hours of Wednesday, shooting sporadically and setting houses on fire.

According to a military source, the insurgents are desperate to take control of the town.

“I can confirm that troops are in control of Damasak but there is a fierce gun battle ongoing. You know for some time now, the terrorists have been attacking Damasak town but they can’t succeed because our gallant troops are on ground,” the source said.

A top civilian JTF source also confirmed that the town has been under attack for about three hours.

“We all need to pray for our troops to prevail over these evil people, Boko Haram returned to Damasak after Saturday attacks, just pray for the troops,” he said.

Insurgents attacked Damasak last weekend and at least six people were reportedly killed while several public structures were burnt down.