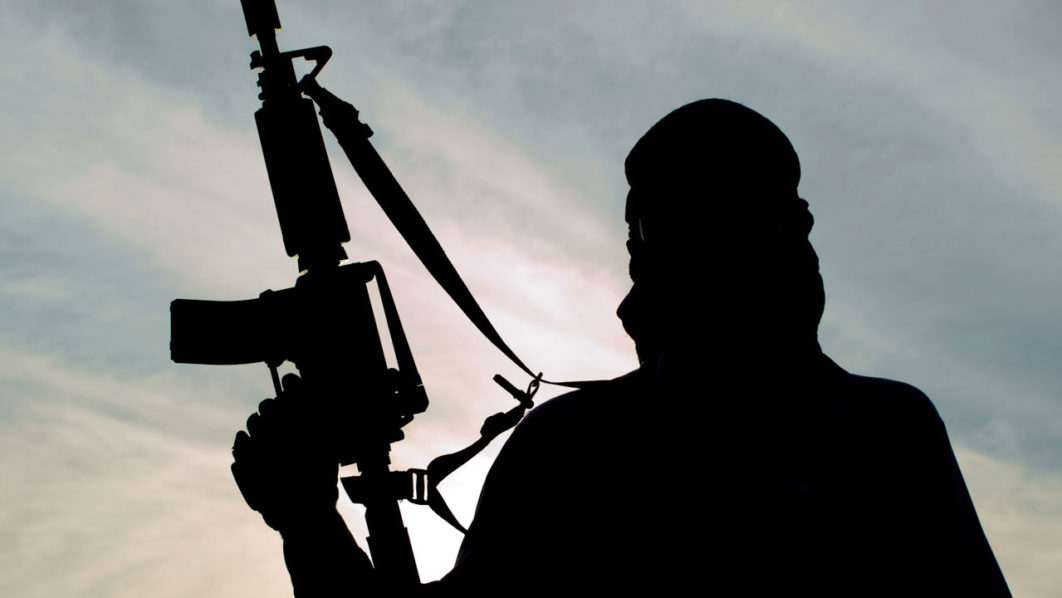 Several other persons were also injured in the attack at a rented apartment along Ikpa road Uyo.

The building is said to be mostly occupied by students of the University of Uyo (UNIUYO).

It was gathered the assailants, numbering about 18, struck around 10 am on Tuesday obviously in search of the deceased.

The hoodlums shot the deceased on his chest after he went into a compound opposite his house to settle scores not knowing that cultists had invaded the place.

Miss Blessing, daughter of the deceased, who is a 200-Level Banking\Finance student of UNIUYO, could not hold back tears when our correspondent approached her for comment.

However, an eyewitness, Mr. Imoh Ekim, explained that the hoodlums had stormed the compound in search of one man, who was having problems with his girlfriend.

He said the deceased was shot by the hoodlums after opening the gate of the house to see what was amiss, adding that the corpse has already been deposited in a mortuary in Uyo, the state capital.

“He had settled several misunderstandings in the compound and being a youth president, he rushed into the compound opposite his own to see what was happening there, upon hearing the sound of gunshot and heated arguments involving the people.

“He was shot on the chest immediately he opened the gate of the compound to enter, not knowing that one-armed cultist was stationed at the gate,” Ekim said.

The Police Public Relations Officer, SP Odiko Macdon, who confirmed the incident, said investigations into the incident has commenced.

“We are in receipt of the report of that incident; it is quite unfortunate and unacceptable. The CP has ordered investigations into the matter and in no distant time, the perpetrators will be apprehended,” he said.