Sheikh Ahmad Gumi has kicked against redesigning of the naira by the Central Bank of Nigeria (CBN), describing it as economic suicide for Nigerians, especially… 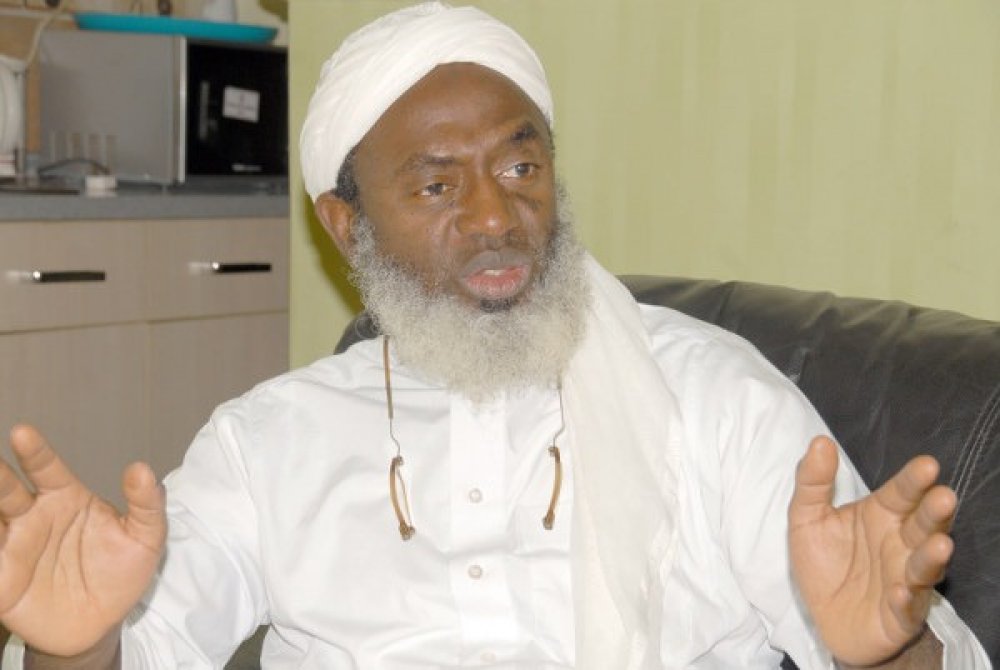 Sheikh Ahmad Gumi has kicked against redesigning of the naira by the Central Bank of Nigeria (CBN), describing it as economic suicide for Nigerians, especially rural dwellers.

According to him, 80 percent of Nigerians especially rural people, depend on cash transactions.

In a statement titled: “Changing the Naira: This is no time for economic kamikaze!”, Gumi said any policy  that  will cause more cash crunch will be a disaster for the nation.

He further explained that the policy will not starve kidnappers of cash because they may decide to demand for dollars and other currencies to make life more harder to the people.

“People that sell goods will tell you that most Nigerians don’t have the money to buy things; therefore most traders are running at a loss and are already folding up.  At this junction, anything that can cause more cash crunch will be a disaster for the nation.

“Many good ideas are marred by wrong timing. This is likely to be another one. No matter how ingenious the hatchers may romanticize; the benefit will remain phantom since the reality on the ground is incongruous and it spells doom for the escapade.

“Eighty percent of Nigerians especially rural people depend on cash transactions. A sudden change to a cashless or cash-starved society will mean pauperizing them in a spate of a short time that could trigger – God Knows- an unprecedented socio-economic turmoil in this semi-skilled or unskilled population.

“This kind of program is not for a government that is in the throes of its demise. If there is any advantage of such adventures, it usually comes after many years of excruciating poverty and hardship which no well-meaning government should hand over such cruelty to another incoming government to manage.

“Had it been started in 2015, it could be logical since the same government will bear the consequence of its action. We are a witness when the banning of motorcycles, sell of petrol and the blockage of communication in banditry-infested states did not help to curb the menace but rather made the populace suffer the more. This clearly shows that the government doesn’t consider the pros and cons of its activities which are largely haphazard, not well thought through, and worst still clumsily executed.

“Mopping the cash from the populace as it claims to swell commercial banks will give an unfair advantage to a few people that control the banks against the greater population. As for the North which is poorly represented in the banking system, it’s a sure economic suicide.

“How many Nigerians have access to banks? How many do have the privilege to enjoy the most simple of banking loans? You need to know someone to get a loan is no news. In such a Nigeria, with this tight control of cash flow, the nation is treading towards communism and dictatorship.

“What we need is a free market-driven economy with minimal cash flow control. As for the question of starving kidnappers of Naira, it goes without saying that they will resort to Dollars and other hard currencies which will further put more pressure on it making the rotten situation bad-der.

“kidnapping can only be stopped by robust policing, social justice for all, and equitable wealth distribution. Any cosmetic measures will not stop it.May Allah open our eyes and prevent us from jumping from frying pan to fire. Amin,” he said.