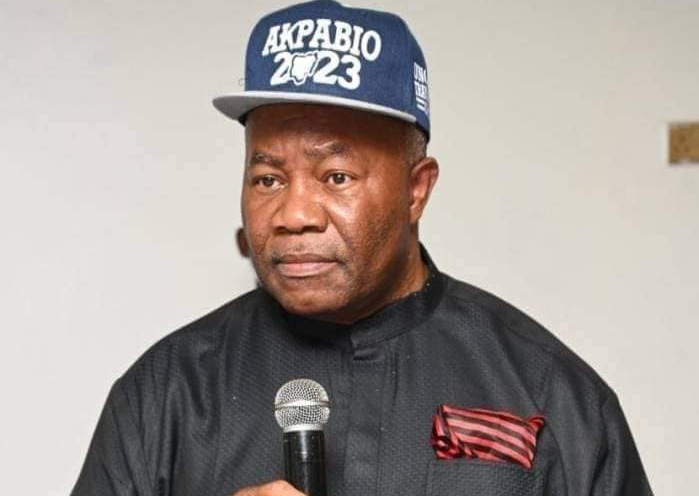 In a press statement, signed by the coordinator, Comrade Godfrey Umakiso, issued to newsmen in Uyo, the group pointed out that Senator Akpabio is unwilling to embrace unity and reconciliation.

“Just last weekend, Senator Akpabio convened a political meeting with members of both APC and YPP in attendance at his residence in Ukana Ikot Ntuen, Essien Udim, where he solicited for support from the two parties for his senatorial ambition.

“We have evidences to show that Akpabio is gathering support for his former Commissioner for Finance, Senator Bassey Albert, the YPP governorship Candidate for 2023 election in Akwa Ibom State in exchange for support for his senatorial ambition. He has deliberately weakened APC in the State.

“We have all witnessed the outcome of the protracted leadership crisis in the state chapter of the party. This crisis was avoidable but Senator Akpabio has refused to toe the line of peace and reconciliation. Instead, he continues to beat war drums, sponsoring campaign of calumny against party leaders and working against party interest. As a result of this, we have lost cohesiveness because the former governor has refused to see reasons for reconciliation. As it were, we nearly lost out of the 2023 governorship election even then, we have lost so much already both in time and followership as many APC faithful have since decamped to other parties

“Even those who defected with him (Akpabio) to the APC have since distanced themselves from him or left the party completely due to his attitude. He has lost political value because members have noted his deliberate efforts to cause disunity among stalwarts, create walls of division which has weakened the party, allowing him to amass power to himself, and there has been no action taken by the national leadership to check his excesses.”

In the light of this, Ikot Ekpene Senatorial District Network, has called on the National Working Committee of the party to investigate allegations of antiparty activities levelled against Akpabio adding that if found wanting, he should be suspended from the party.