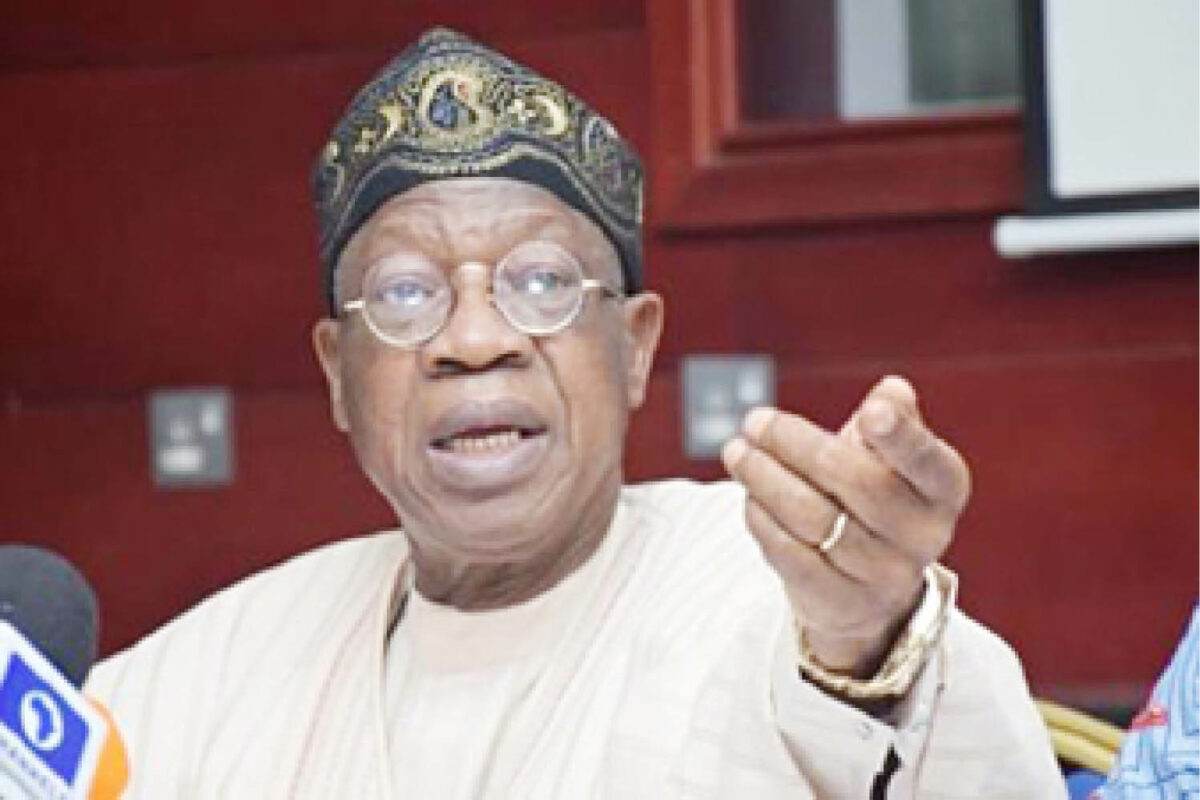 The crisis rocking the All Progressives Congress (APC) in Kwara State further degenerated on Monday as Information and Culture Minister Lai Mohammed demanded the immediate cancellation of the ongoing membership registration exercise in the state.

He said the exercise has failed to comply with the party’s regulations and guidelines.

The minister spoke in his home town in Oro, near Ilorin, after partaking in the party’s national revalidation and registration exercise at his PU006 Oro Ward 2.

He called for the immediate disbandment of the Sen. John Danboyi-led membership registration committee for the state, alleging that a vast majority of the APC stakeholders in the state had lost confidence in the committee.

He stated that a transparent process to ensure the conduct of a credible and fair exercise that would enjoy the support and confidence of all should be put in place.

Daily Trust reports that before the commencement of the exercise, the state APC faced a seemingly intractable internal wrangling with gladiators jostling for the control of the party.

The sack of the party’s chairman, Omolaja Bolarinwa, loyal to the minister and other stakeholders as well as the appointment of Abdullahi Samari loyal to Governor Abdulrahman Abdulrazaq had deepened the crisis in the party before the conduct of the membership registration.

The stakeholders’ meeting held by the committee penultimate week at the state banquet hall was disrupted as members took on one another while some chieftains of the party were attacked.

There was no immediate reaction from the governor as his Chief Press Secretary, Mr. Rafiu Ajakaye, did not respond to Daily Trust’s enquiry.

But, Alhaji Abdullahi Samari, the caretaker chairman loyal to the governor, described the minister’s comment as unfortunate.

He said the minister’s comment was akin to discrediting the process put in place by the leadership of the party which appointed him as a minister, noting that the honourable thing for him is to tender his resignation.

On the minister’s statement that the committee only recognized the governor’s camp, the chairman said it is unfortunate that Alhaji Lai Mohammed “is still talking about tendencies.”