Governor Emmanuel is a Worthy Ambassador of UNILAG -John Momoh

Akwa Ibom State Governor, Mr. Udom Emmanuel, has been described as a worthy ambassador and a pride of the University of Lagos. The President of… 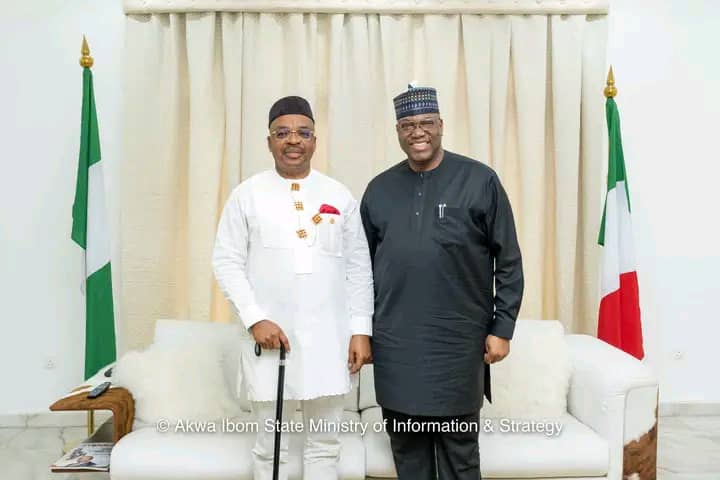 Akwa Ibom State Governor, Mr. Udom Emmanuel, has been described as a worthy ambassador and a pride of the University of Lagos.

The President of the University of Lagos Alumni Association, Dr. John Momoh, stated this, when he and other members of his Executive Council paid a courtesy call on Mr. Emmanuel at the Akwa Ibom State Governor’s Lodge in Lagos, on Thursday.

Dr. Momoh, who is also the Chairman, Channels Media Group, noted that with the good governance he had brought to bear on Akwa Ibom State, Governor Emmanuel had demonstrated that he had a good foundation from the University of Lagos.

Pointing to the difference that Akwa Ibom had made in the aviation sector, especially through Ibom Air, Dr. Momoh expressed the belief that Governor Emmanuel had demonstrated the possibility of good governance.

While intimating the Governor on the progress made on the different projects ongoing at the university by the alumni association, Dr. Momoh invited the Mr. Emmanuel to inaugurate one of the completed projects on a date to be determined.

In his response, Governor Emmanuel commended the John Momoh led alumni association for the superlative performance put up so far, which he said has helped to sustain the image of UNILAG as the university of ‘first choice’

Applauding the immediate past management of the University for the passion that characterized the tenure, Governor Emmanuel suggested that the alumni association fashioned an arrangement that would enable outstanding alumnus take turns to interact with current students of the institution. According to him, such knowledge sharing moments will impact greatly on the students. He assured the Alumni Association of his support for their ongoing projects.