The Deputy Governor of Imo State, Prince Eze Madumere, has said that the reasons given by his boss, Rochas Okorocha, for not recognising him as… 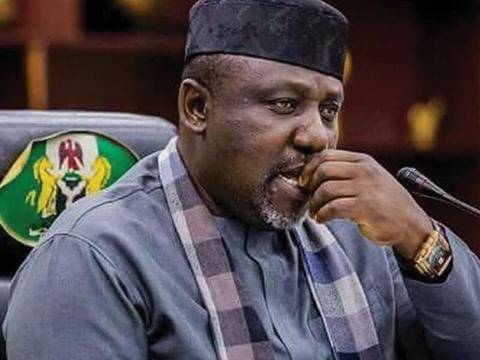 The Deputy Governor of Imo State, Prince Eze Madumere, has said that the reasons given by his boss, Rochas Okorocha, for not recognising him as his deputy during the burial of the mother of Senator Osita Izunaso in Orlu, was not only laughable and absurd, but a glorification of impunity.

In a statement signed by his Special Assistant on Media Uche Onwuchekwa, in Owerri, Madumere said that he was not disappointed at Okorocha’s response given his penchant for contempt for due process.

He said: “Governor Okorocha’s dull reason he chose not to recognize the Deputy Governor shows an unfortunate understanding of a governor who has chosen to continually wallow in absurdity, with all the retinue of advisers both in legal profession and other areas at his disposal.

“It is foolhardy to read Chief Okorocha’s diversionary preposterous reason he could not recognize the incumbent Deputy Governor of Imo State, Prince Eze Madumere, claiming he appealed the historic judgment of Imo High Court on September 25, 2018 presided by Hon. Justice Benjamin Iheka, where the purported impeachment of Prince Madumere was declared null, void and of no effect.”

He stressed that the court in nullifying Madumere’s impeachment, made a declaratory statement with a perpetual injunction against the emergence or reference to any third party as being the position of the deputy governor.