Farmers and dealers of tomatoes in Katsina State have, in the last two weeks, experienced acute market glut; some of them resorted to sun-drying the… 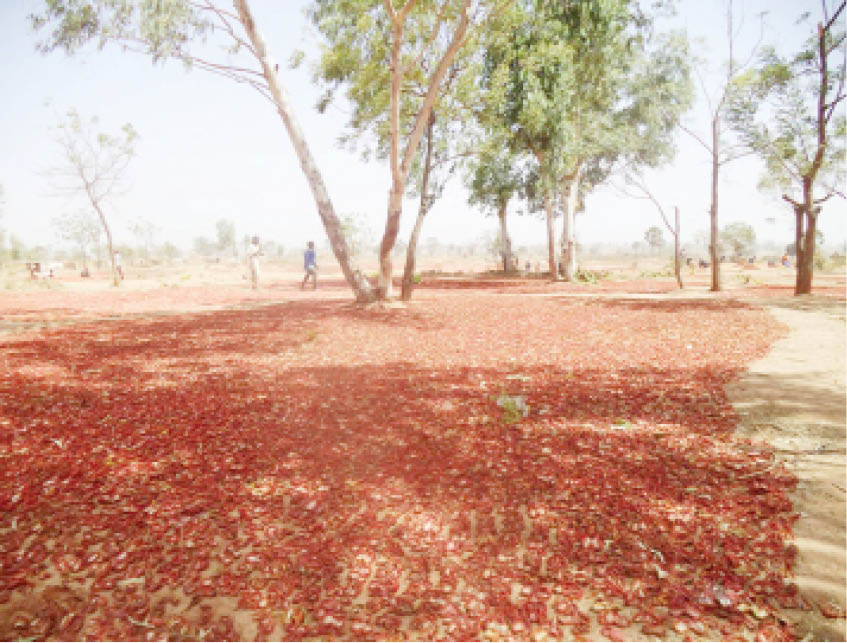 Farmers and dealers of tomatoes in Katsina State have, in the last two weeks, experienced acute market glut; some of them resorted to sun-drying the produce.

According to the farmers, they least expected such development, considering the stiff economic condition in the country, high cost and demand of food items, as well as longtime border closure that halted free importation of food items, including tomato paste.

Shehu Bashiru Danja, a tomato farmer, said they were expecting huge revenue in this period, but their hope was dashed with the recent development.

“Many of us targeted Christmas and New Year periods, with the hope to make good sales of the produce, but to our surprise, we ended up with market glut. We are really affected because of the high cost of production that involves fertiliser, seeds, herbicides/pesticides and labour,’’ he said.

Bashiru added that since the closure of land borders and the outbreak of COVID-19, the market price of tomato was not as low as N1,000 per big basket until recently.

“A big basket of tomatoes was sold between N3,000 and  N10,000 last year, a reason many irrigation farmers  this season concentrated on tomato production, with the hope that it would yield huge profits than other crops  like wheat, Irish potato  or cabbage,’’ he added.

Hamza Dalhatu, a tomato merchant and farmer said the market glut was borne out of protest against the indiscriminate taxes and levies on the produce in southern markets.

“Since last year, there has been an increase in taxes and levies on our goods and trucks in the southern part of the country. The lingering security issue is also a threat to our merchants; hence they suspended business till things are sort out.

We cannot continue like that. All the cost burdens end up on farmers without considering the cost of production,’’ Dalhatu said.

A check at Danja and Funtua markets revealed that a small basket of tomatoes costs N400 while a big basket was not more than N1,200 as at last week Friday.

Another tomato dealer, Sani Suleiman Hunkuyi, expressed hope that things would soon normalise as dealers from Lagos and Ibadan have visited some of their members in Sokoto, Kebbi and Zamfara to fashion out new terms for the business. “The market glut of the produce is temporary and farmers will soon continue to reap the maximum benefits of their sweat,’’ Suleiman said.

Also, Umar Isah, an agric entrepreneur based in Katsina said market glut was not a new thing to tomato and onion producers, and it would continue unless modern storage and processing facilities are provided, not only by the government but agricultural companies and entrepreneurs.

“The only way out is the establishment of local storage and processing facilities in producing zones across the country. Agric companies and entrepreneurs should take this challenge as soon as possible to solve this long time problem,’’ he said.