This year marks the 10th year anniversary of the commemoration of the International Day for the Girl-child. 11th October is the day set aside for… 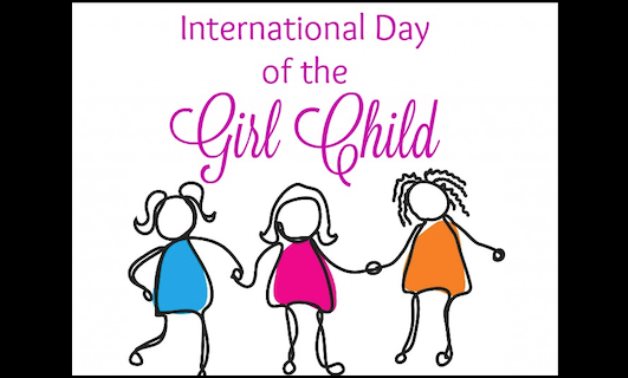 This year marks the 10th year anniversary of the commemoration of the International Day for the Girl-child. 11th October is the day set aside for an initiative that began as a project of Plan International, a non-governmental organization that operates worldwide.

Historically, the idea for the celebration of the girl child grew out of the NGO’s passion and campaign “Because I Am a Girl”. The aim was to raise awareness of the importance of nurturing girls globally. The NGO in conjunction with the Canadian government formally proposed a resolution in the United Nations General Assembly for the commemoration of this day and on December 19, 2011, the United Nations General Assembly voted to pass a resolution adopting October 11, 2012, as the International Day of Girls. Since then, the day has been set aside to celebrate the girl-child. The day is celebrated each year to create awareness of issues faced by girls. It highlights the needs and challenges encountered by girls and for this, the United Nations come up with different themes aimed at addressing these peculiar needs and challenges.

In the year 2012, the theme was “Ending Child Marriage” which aimed at addressing child marriage. 2013 was themed as “Innovating for Girl Education. In 2014, the theme was “Empowering Adolescent Girls: Ending the Circle of Violence. By 2015, the theme was “The Power of the Adolescent Girl: Vision 2030. That year, the focus was on the health and well-being of the world’s adolescent girls, particularly as it relates to sexual and reproductive health.

In 2016, the theme echoed loudly ‘Girls are not Brides”; an emotional journey towards ending child marriages and highlighting the rights of girls around the globe. The theme for the year 2017 was “Empower Girls: Before, During and After Crises” acknowledging that when conflict or natural disasters hit, the girl child suffers the most. In 2018, the theme was “With Her: A Skilled Girl Force” which focused on expanding the existing learning opportunities, charting new pathways and calling on the international community to think of preparing girls to delve into the workforce properly. By 2019, the theme had metamorphosed into “Girl Force: Unscripted and Unstoppable” aimed at celebrating the wins and achievements of girls since the Beijing Declaration. In 2020, the theme was “My Voice, Our Equal Future” which aimed at amplifying the voices and rights of girls to be heard.

Because of the dynamics, the COVID-19 pandemic came with, the 2021 theme for the International Day for Girl Child was themed: “Digital Generation: Our generation” which called for equal access to the internet and digital devices and also created equal opportunities for girls. It called for digital inclusion.

With all these powerful themes, many people remain grossly unaware of this important day set aside annually to acknowledge the struggles of the girl child particularly in northern Nigeria. The theme for the 2022 celebration, “Our Time is Now: Our Rights, Our Future” speaks volumes. It is indicative that women are continually taking bold steps to break the glass ceiling because of the tremendous support they have gotten over time even though faced with many hurdles and challenges in their education, and emotional and mental welfare. Over time, there has been increased attention to make right issues that concern the girl child and improve their well-being by the government, policymakers, NGOs, and different stakeholders.

However, it is with great dismay that the issue of the girl child still remains a problem in northern Nigeria. According to the UNICEF, girls account for 60 per cent of the over ten million out-of-school children and it shows that majority of them are in northern Nigeria. It is appalling to think that when other parts of this nation are taking giant strides in female empowerment with brilliant females contributing their quota to national development, the North is lagging behind. Women like Ngozi Okonjo-Iweala, the late Prof Dora Akunyili, and many others have made remarkable achievements while the North is still arguing on whether it is right for a woman to work and pursue a career. While females in other regions are stepping up and closing the gender gap with different stakeholders investing in them and ensuring that their voices are heard, the North is still uncomfortable with the female fulfilling their potential and taking their place on the development ladder.

It is indicative that the rights and privileges that should be accorded to the girl child as a human being are still contested. It is suggestive that as a region, many still want to keep echoing the mantra of gender bias, discrimination and marginalization. Unfortunately for the protagonists against female development, the more debates are dabbled into, they magnify issues around female education, empowerment, and career development. The more northern women get resilient and more determined to get better educated and keep developing themselves and be career-oriented, the bolder and more aggressive they get.

Therefore, empowerment of and investment in northern females are critical for economic growth, and the achievement of all Millennium Development Goals and their participation in decisions that affect them is the key that will break the cycle of discrimination and biases.

This will promote and protect the sanctity and effective enjoyment of their human rights, meaning that all stakeholders need to key into this project as it will translate to the overall development of the region, and females from the North will be at par with their counterparts from other regions of the nation. The future is now!!!