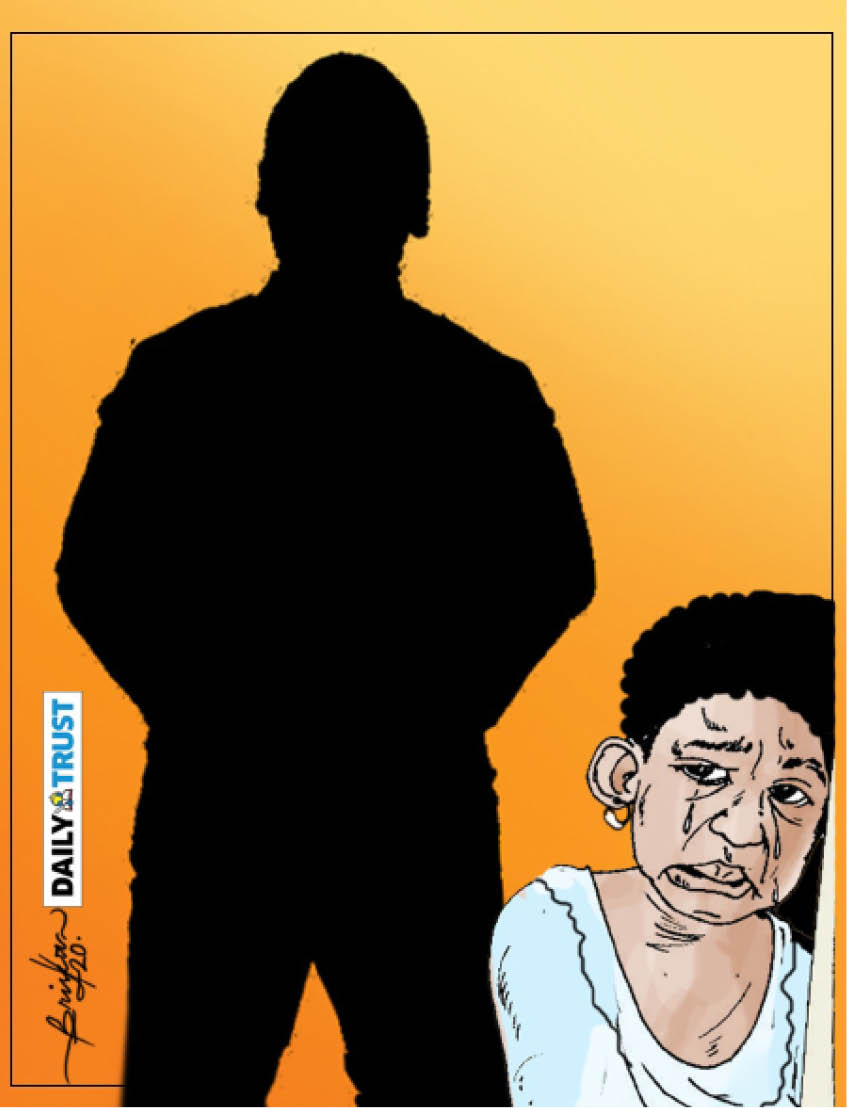 Hauwa (not real name) was 13 years old when she was given out in marriage. She lived with her parents in a community that is about two hours’ drive away from the state capital in the East Senatorial District of Sokoto. But the marriage lasted one week, after which she was returned to her father’s house.

Not long after that, in mid-2019, she was accosted by a young man who kept saying he loved her. Then, after she received N500 from him, he forced himself on her and she became pregnant. Ashamed, she hid her pregnancy even as her father arranged for her next marriage. So, just a day before her dowry was to be paid, her father found out and reported to the Nigerian Civil Defence Corp in the state.

“As expected, the young man denied it,” Tayo Fatinikun of Life Helpers Initiative (LHI), a Civil Society Organisation (CSO) in Sokoto, narrated in a virtual conference organised last Tuesday to mark the 2020 16 days of Gender Based Violence (GBV) activism. A meeting of CSOs and the media, the event was themed ‘One Day Civil Society Storytelling Event’.

Hauwa’s case was transferred from the local government divisional office of the NCDC to their state headquarters. It was a Friday, just days before the lockdown in Lagos and Abuja.

The LHI got wind of the case through an informant and rushed down to the Nigerian Civil Defence office in Sokoto. On getting there, because it was a Friday and because of the COVID-19 restrictions, they were told to return on Monday to follow-up.

On Monday, on getting to the headquarters, members of the LHI were told that there was a letter sent by Hauwa’s family saying they were not ready to pursue the case and that it had been settled. “Our curiosity was pricked and we rushed down to the village and met the family. We were told they had a settlement of the sum of N20,000. Also, that the family had agreed the man who had done this evil was exonerated and the case was over,” Mr. Fatinikun said.

The LHI team enlightened Hauwa’s father about his rights and that of his daughter. They also shared with him the prospect of justice. The father in turn informed them that the community’s traditional and religious leader all came, pleading with him to let go. But Mr. Fatinikun told him they had no such grounds.

Meanwhile the girl informed LHI that she wanted justice because she had been taken advantage of. She had gone through so much, and the last few years of her life, without education, opportunity, and now with child, had been a traumatic experience.

Unfortunately, the fear of COVID-19 raised Hauwa’s family’s fear of going to a facility for the baby’s care.

LHI approached the Federation of Female Lawyers (FIDA) in Sokoto and asked them to intervene. They also discussed with the Ministry of Women Affairs and told them the case required their attention.

“We officially wrote to the Civil Defence saying that the case cannot be adjudged closed. Fortunately, the state commandant of the Nigerian Civil Defence requested the legal officer to look into the case. The Ministry of Women Affairs also requested that we write a letter concerning the case to them. On our part, we provided some materials for social support, and linked the girl to a facility for immunisation,” Mr. Fatinikun explained.

While all these were going on, the restrictions due to the coronavirus and fear within the community didn’t encourage Hauwa to go to the facility, but with LHI’s relationships and contacts, the baby was immunised.

During this period, the Agents for Citizen-driven Transformation (ACT) programme of the British Council and European Union had an orientation session with CSOs, including LHI, on media, its use and the opportunities therein.

Despite these challenges, LHI were fortunate with many other actors in Sokoto. “Recently, his eminence, Sultan of Sokoto, made the proclamation that any religious or traditional leader who hinders justice for those who have been raped, abused or violated, would answer to him. This has gone a long way in providing an enabling environment for justice to prevail,” he added.

Presently, Hauwa is still at home with her baby. The case is with the Nigerian security and Civil Defence. LHI has made several attempts to find out the status of the case and met with a few of her lawyers providing pro-bono services.

Mr. Fatinikun ended that “we have learnt that if we coordinate and network with various actors, we are able to get the needed justice and attention. With the support of media and others, we are able to put together resources that support survivors.”

Presently LHI are working with other programs in Sokoto, like The Spotlight Initiatives. In this way they get livelihood support for Hauwa and continue to put pressure on the Civil Defence to ensure her case is not forgotten and justice is served.

Another story is the sad experience of Nana, a sexual molestation victim, titled ‘Seeking justice for victims of GBV during COVID-19’ and told by Arewa Radio’s Khadija Yahaya.

Khadija Yahaya came across Nana’s case around May/June when one of Arewa Radio’s reporters, a court correspondent, brought the issue. A man was harassing Nana and the case was in court.

At the initial stage, the case was taken to one sharia court and later transferred to another within the city of Kano, close to the emir’s palace in Kofar Kudu.

“At the first hearing, what happened wasn’t so convincing to the victim. Before they went to court, Nana tried to tell her husband that someone was stalking her on phone and telling her he wants to be her friend. The husband took it upon himself that the person had to be arrested. The accused name was Hafiz Umar,” Khadija Yahaya narrated.

However, movement restrictions during lockdown made Nana miss the court hearing for the first time and the case had to be adjourned. In the second hearing, the lawyer tried to get a settlement outside court, but Nana didn’t want that because she wanted the accused to face the wrath of the law so he wouldn’t do the same to anyone else in the future. The judge adjourned the hearing to January 20, 2021.

Unfortunately, the accused and the victim live within the same vicinity and were just two lanes apart. The victim was in Jan Kuka, Layin Mai Allo, and the accused was in Layin Mallam Ali in Jan Kuka. That closeness made Nana uneasy. Her husband also became uncomfortable and had an ill feeling that led to a misunderstanding between the couple.

Nana had to cope with the issues surrounding the harassment and now those at home. To make matters worse, justice didn’t seem forthcoming.

“Initially, as a media outfit, we didn’t want to air the case. But we later did. Then a committee on counselling and marriage related issues from Kano State Sharia Commission contacted us and said they were interested in Nana’s case because they learnt that, apart from her not getting justice, she had issues at home.

“We invited both Nana and her husband and took them to the sharia commission where they were counselled. So, Hauwa’s case at home was resolved,” Khajija Yahaya said.

Recently, Arewa Radio contacted the spokesperson of Kano State courts, Mallam Jibo, to get an update on the January case and ascertain that Nana will get justice so she can have peace of mind.

Hauwa and Nana are just a few from the many cases of GBV in the north and Nigeria in general.

In her closing remarks, Lauratu Umar Abdulsalam, the Communication and Media Engagement Adviser, Agents for Citizens Driven Transformation, Abuja, pointed out that violence against women has “a strongly negative impact on every sector of our economy and our family well-being. Though it’s a very bleak picture, we know that change is possible, and change is what we must fight for.”