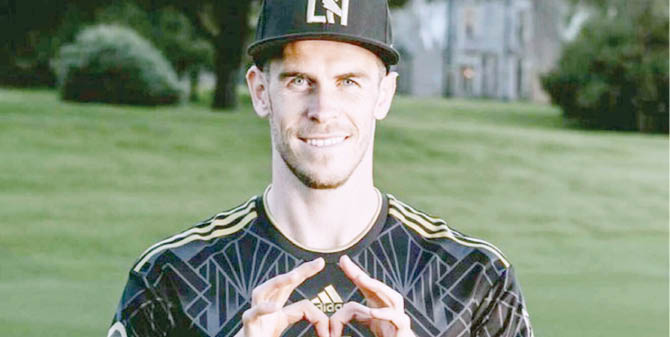 The 32-year-old former Real Madrid and Tottenham forward has signed as a free agent after nine years in Spain, with an option to stay for the 2024 season.

“What an incredible reception I had when I came in,” Bale told ESPN.

Bale moved to LA after his contract with Real ended at the end of last season. And having helped Wales qualify for a first appearance at a World Cup finals since 1958 Bale is keen to get started at his new club.

“And I can help with the youngsters because it’s a very young team here, give them advice, seeing what I do in terms of professional standard and try to help them.

“The league is a growing league. It was an exciting opportunity I felt was right for me and my family. It’s very new but it’s something that’s really glamorous. It’s just a very attractive club.”

With Bale watching from the stands, his new team won the derby 3-2.

LAFC, the overall MLS leader, visit Nashville and Kansas City over the next two weeks before next playing at home on July 29 against Seattle.