Wife of Kaduna State governor, Hadiza El-Rufai, has threatened legal action against a Northern feminist group; North Normal unless it retract and apologise for a… 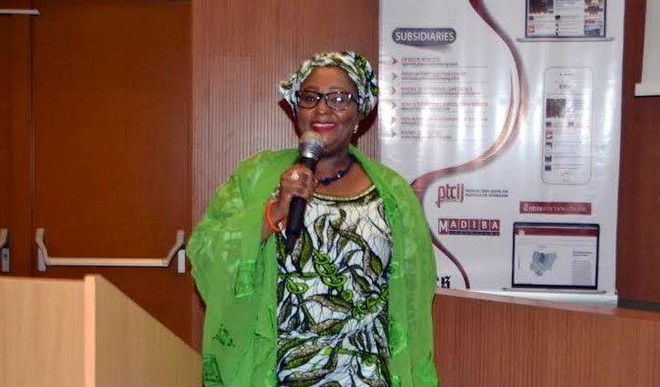 Wife of Kaduna State governor, Hadiza El-Rufai, has threatened legal action against a Northern feminist group; North Normal unless it retract and apologise for a statement that allegedly portrayed her as endorsing a controversial comment in which her son threatened to gang rape the mother of a twitter handler.

Bello El-Rufai, who was involved in a twitter debate with one Consigliere with the handle @thanos_zer two weeks ago, had sent a private message to him that stated; “Tell your mother I’m passing her to my friends tonight. No Igbo sounds please! Tueh.”

Mrs El-Rufai had later tweeted: “All you people talking about @B_ELRUFAI, Don’t @ me. Sow the wind, reap the whirlwind. All is fair in love and war. My belief: Respect everyone, but take no shit from anyone. I didn’t see any threats of rape. I would never condone that.”

The first lady had later posted two other tweets where she condemned her son’s statements and tendered an apology.

But in a statement, the North Normal group had condemned the action of Bello El-Rufai and accused his mother; Mrs El-Rufai of endorsing his comments.

The statement had stated that: “The endorsing comments by his mother, Hadiza Isma El-Rufai, who is the Kaduna State first lady as well as the head of the Kaduna State sexual assult task force, justifies his threats and argues that “all is fair in love and war”.

“The very foundation of the saying “all is fair in love and war” is a product of the crude feudal era where accountability of atrocities evaded society at large. We do not live those times anymore.”

The group had questioned the first lady’s competence in chairing a panel seeking to fight sexual assault and called for her immediate resignation as the chairperson of the task force and tender a public apology.

However, in a letter written on April 20, 2020, Hadiza, through her lawyers, Aidan Partners and signed by Kunle Ajagbe, accused the group of publishing libellous statements against her and demanded an immediate retraction.

She stated that the views expressed by her son were unacceptable to her and inconsistent with her values, adding that she had tweeted thrice “(through her Twitter account, (@hadizel) with respect to her son’s views. Both the content and chronology of the tweets are self-explanatory,” it stated.

The letter further stated that; “at no time did our client offer what the North Normal group described as endorsement to her son. She never did.”

It further stated that Mrs El-Rufai was unaware of holding any position as chair of the Kaduna State sexual assault task force, adding that; “this complete fabrication leads us to ask: what exactly was the North Normal Group’s motive in rushing to demand that our client resign from a position she never occupied?”

It described the Kaduna state’s governor’s wife as a respected architect, a writer, a patron of the arts and a committed champion of women’s rights, saying she is greatly distressed that her reputation had been damaged and stained by the petition.

“She has been portrayed as liable for her 32-year-old son’s statements, cast as a hypocrite who is unfit to hold a significant position which defends the rights of women in Kaduna State. Being a public figure, who is held in high esteem both in Nigeria and abroad, such vilification of our client is unacceptable,” it stated.

The letter specifically mentioned Farida Adamu, Hassana Maina and Fakhriyyah Hashim as key members of the group and demanded an immediate and unconditional retraction and apology from the group within 7 days.

It demanded they each post a one minute video recording of an appropriately remorseful apology and retraction on their individual Twitter pages and also a retraction and apology published in two Nigerian newspapers.

“In the event that the North Normal Group fails, declines or neglect to oblige with our demands, we shall proceed to immediately institute legal proceedings against you,” it stated.