The paramount ruler of Olomu Kingdom and Chairman, Urhobo Council of Traditional leaders, Dr Richard Ogbon, has conferred the chieftaincy title of ‘Ererukugbe’ on the… 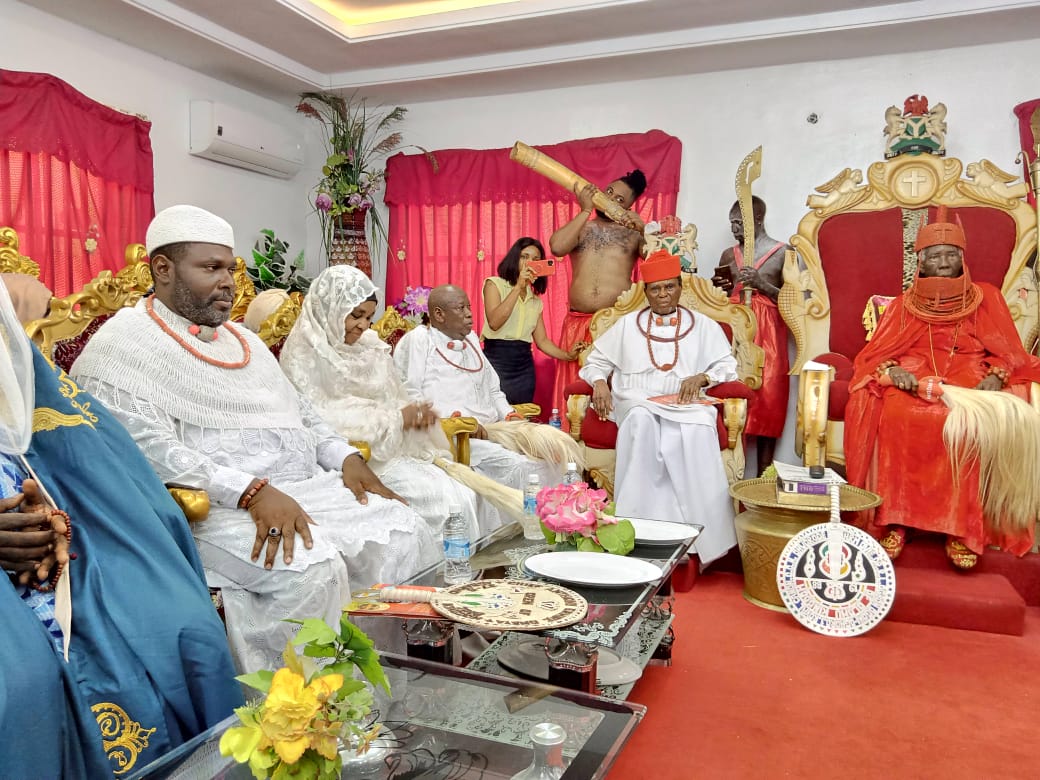 Gov Ganduje and wife at the ceremony

The paramount ruler of Olomu Kingdom and Chairman, Urhobo Council of Traditional leaders, Dr Richard Ogbon, has conferred the chieftaincy title of ‘Ererukugbe’ on the governor of Kano State, Dr Abdullahi Umar Ganduje.

The monarch also conferred the title of ‘Omamoraye’ on the governor’s wife, Professor Hafsat Ganduje.

Speaking during the ceremony that was held Saturday evening at his palace, the traditional ruler said the honour was to reciprocate the respect and love shown to his subjects by the governor.

He explained that a prominent Urhobo son and onetime military administrator of Kano State, late Brig, Gen. Dominic Oneya, had told him about the amiable relationship between him and Ganduje, long before he became governor, and personally proposed that the Kano State governor be honoured with an Urhobo chieftaincy title.

Ogbon acknowledged that the governor was a detribalised gentleman who believed in national unity and appreciated him for appointing Chief Anthony Oneya as one of his special advisers.

A statement by the Director General, Media and Public Relations, Government House, Kano, Aminu K. Yassa, said Ganduje saw the honour to be in tandem with the ideals of national integration.

The statement added that the governor expressed optimism that the relationship between the Urhobo and Kano State would continue to grow from strength to strength.