Kano State Governor Abdullahi Ganduje says crisis rocking the All Progressives Congress (APC) in the state will not divert his government’s.. 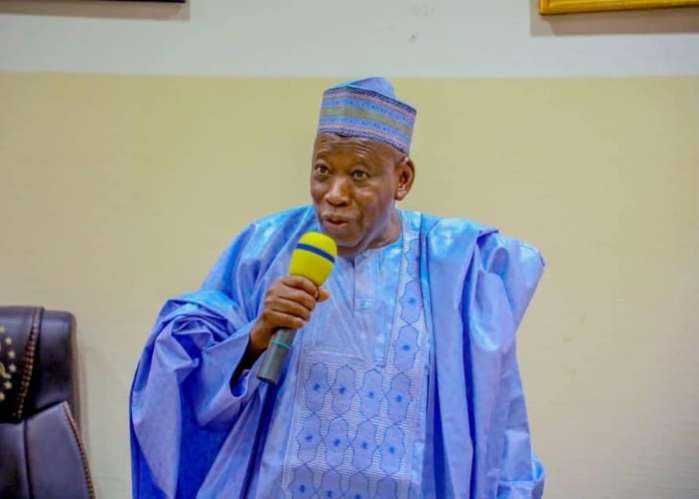 Kano State Governor Abdullahi Ganduje says crisis rocking the All Progressives Congress (APC) in the state will not divert his government’s attention from developing the state.

Ganduje, according to a statement by his Chief Press Secretary, Abba Anwar, said this at the Government House in Kano Sunday during a stakeholders’ meeting.

He said: “It’s very important for all to know that our political dexterity and political experience will not allow small party crisis to divert our attention in further developing our dear state, Kano.

“What’s happening is just part of the culture of democracy.”

He said the meeting was to emphasize the need for peace in the party.

“We should not be set back because of the normal party crisis. This is very normal in democratic practice,” Ganduje said.